Here’s a list of songs sung by some of the finest singers Assam has to offer.

Sung by the incomparable Dr. Bhupen Hazarika, for the movie ‘Ruudali‘, his unparalleled brilliance can be felt from the moment this song begins.

This song features the powerful baritone vocals of Dr. Bhupen Hazarika for the movie ‘Gaja Gamini’. It features the graceful Madhuri Dixit, dancing, who, interestingly, never shows her face during the music video.

‘Ya Ali’ by Zubeen Garg

This, perhaps, is the one song we’re all familiar with. ‘Ya Ali’ (from the movie Gangster) was on everybody’s playlist at one point of time and for some, it still is.

‘Dil Tu Hi Bata’ (from ‘Krrish 3’) is another song that includes the vocals of our beloved Zubeen Garg.

This bright, cheerful song is perhaps one of the lesser-known songs sung by Zubeen Garg. It was featured in the movie ‘I See You’. While the film features Arjun Rampal, the song has cameos by Bollywood heavyweights Shah Rukh Khan and Hrithik Roshan.

Sung by the soulful Papon, this song was featured in the movie ‘Dum Laga Ke Haisha’. This sentimental track receives constant radio airplay for good reason.

Another gem by Papon, this song, from the movie ‘Dum Maaro Dum’, contains a sense of melancholy that resonates with one and all.

Sung by Papon, again, this wonderfully sweet song from ‘Barfi’ will surely bring a spring to your step!

This song, from the movie ‘R… Rajkumar’, features vocals from Kalpana Patowary. Vile music video aside, the song has an energetic beat that makes it a staple during festival season!

We’ve all probably heard this song at one point of time or another. It’s infamous. And to think it was sung by an Assamese singer – it was sung by none other than Shashwati Phukan.

Check Out: 10 Evergreen Bihu Songs Loved by All Generations

Disha Salian : The life and times of the celebrity manager 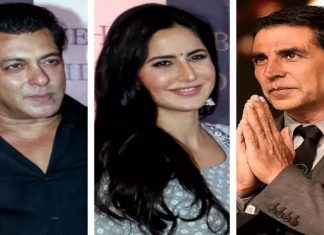