Movies are the best source of entertainment. It’s the medium every generation of people love to watch, and it makes them energetic and inspired.

Bollywood is one vast industry, and the whole world appreciates the work here. There is everything you are looking for. Such as a Romantic movie to a thriller to horror. You name it, and the recipe will be present there on your television screen.

In this post, we will share 10 movies that every generation can relate to. These are the evergreen no’s from Bollywood.

If you love travelling and explore the world, this might be the best choice of movie for you. Apart from the chemistry of Ranbir Kapoor and Deepika Padukone, the film has a lot more to offer.

It was directed by one of the best directors of Bollywood Ayan Mukherjee, and the casting team is also well known. It did a total business of 318 Crore.

Acted by the charming hero of Bollywood, Ranbir Kapoor’s Rockstar is one of  the best examples of Musical love story. Bollywood is all about their songs and exciting trailer.
Rockstar is a story of a lover boy which is accepted by all the generations, and it shows how a Gujju boy becomes a sensation overnight.

Imtiaz Ali directed it, and it was able to do a business of 1.08 billion.

One of a the highly anticipated movies that shows the reality in some areas is a beloved movie for the ages. The exceptional director Anurag Kashyap directed this movie with his style which makes everyone think about the film twice.

One remarkable thing about the movie is Nawazuddin Siddiki and his acting.

#4 Rocket Singh – Salesman of the Year

If you have the entrepreneurial spirit in you, probably you know about the movie Rocket Singh, Salesman of the year. Regarding Box office, it was not that successful like other movies like 3 Idiots and Rockstar, but it has a lot more to tell.

The plot begins with the story of a simple salesman who founded his own company just by his smartness and hard work. This indicates that nothing is impossible if you have that courage to bring change in your life.

If you are a kid of early 21st century, you know well the chemistry of Shahid Kapoor and Karina Kapoor. Jab we met is one of a great example of a love story in Bollywood. This movie shows how strangers can become the life partner of each other.

If you want to consider love story or your favorite genre is Love Story, then you know about the movie very well. It was directed by the well known Imtiaz Ali.

Consumption of Alcohol and Drugs are the major issue of the nation nowadays. This is not just destroying life but also effects poorly in our society. Taking this problem as an issue, director Abhishek Chaubey directed the hit number Udta Punjab.

This movie was unique with the excellent acting skills of Sahid Kapoor and Aliya Bhatt. We youth need to learn a lot more things from this movie. This was very successful at the box office as well.

Rock On is also the best movie which is very good and sharing a simple but fact in everyone’s life. Friendship and Musical. The music and the films of Bollywood has a perfect relation to each other.

Bollywood Movies are incomplete without music, and it is one of the unique features of Bollywood over Hollywood.

Rang de Basanti is one of the biggest hit of Bollywood. If we consider Rang de Basanti, we must think Mr Perfectionist once again. This movie is based on a story how youth sacrifices their life’s for the sake to bring justice for their dead pilot friend only because of Governments fault.

This is a perfect example of friendship, and the movie is showing it very good. Life is very unpredictable; you never know what will happen next to you. But having some kind friend can make it easier and happening.

Released in 2001, directed by Ashutosh Gowariker Indian epic sports drama film Lagaan is one of the best movies in the Bollywood industry. It is another big hit by Mr Perfectinnis Amir Khan. The plot revolved around how Indians tackle every situation they face.

The movie was released officially on DVD after many years of the film being released. It did a total business around more than 100 Crore, and one interesting fact is that Amir Khan is known as the founder of 100 Crore Club in Bollywood.

Mr Perfectionist is one of a kind actors in Bollywood. His movie is liked by all the generations. Three idiots are one of the films which tells us to do that thing which we liked the most. The story starts with 3 characters from all backgrounds, and they eventually ended up doing their passionate work.
The movie is directed by Rajkumar Hirani, and it did business worth 459 Crore. The Plot is based on a novel of famous writer Chetan Bhagat’s Five Point Someone.

Check Out: Top 20 Underrated Bollywood Movies Worth A Watch 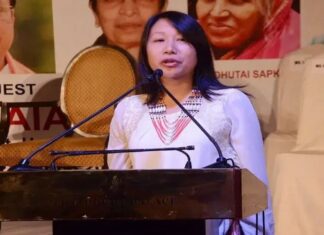 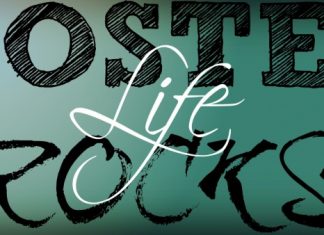