He might not be your man when it comes to movies but Bollywood dud Uday Chopra has his Twitter game set just right. Hilarious, witty, paranoid- you can attribute all these and more to this ‘celebrity’s’ dreamily realistic and sometimes poignant tweets. Hate him or love him, on Twitter Uday Chopra is the man to make you laugh or smirk or snort of grin!

#1 No one could have done life lessons better

Humility not only teaches us that we are not superior to anyone else, but also that no one else is superior to us.

Prayer and hope is what you send someone when you don’t wanna send them cash!

#4 Gotcha think about this

The “outdoors” existed before doors existed, yet we call it outdoors.

I’m at that point in my life where I wish I had children. I wish they had problems which I could help them with.

Life is like a box of chocolates, just without the chocolate and the box.

Don’t regret the past, don’t even plan the future. Just mess up the now!

Is it illegal to pay someone to kill you?

Did you know that divorce is almost impossible without marriage. I say almost because I’m trying to be ironic; I know it’s not the perfect usage of irony but divorce isn’t the best use of marriage either #ImSoWoke

The difference between crazy and funny is that other people laugh at your words too.

#12 Now this is futuristic!

So on my recent travel to the future it’s interesting to note that all religious books are now being categorized under fiction. I can’t tell you the exact year due to the #TemporalLawsOfTimeTravel

When I die I wanna be buried and not in a casket. I want my dead body to nourish the soil and at least be useful in my death.

I wish I wasn’t me

Me: I have an invisible friend who looks after me, protects me and when I wish for something he grants it.
You: I think you have a serious mental issue and should see a doctor.
Me: Im not crazy
You: Well can you prove this “friend” exists.
Me: No but its God
You: That’s fine then

Is it criminal to hope for the end of the world? Just wondering

Every year on this day I feel proud to call myself a fool, cause it’s a day celebrating people like me. #AllFoolsDay #AprilFoolsDay

Are we our brain? Or is our brain a part of us?

Sense is like a good Hyderabadi biryani; I really don’t know how to make any.

I am a dreaming realist. I dream of reality, don’t particularly like to live in it.

I’m instagramily challenged, I didn’t even know there was a DM on insta

If I love death and wish death upon my friends; I think it would be taken in the wrong spirit

I wish there was no politics in Politics

I am like the anomalous expansion of water. Actually, I’m not, but I really wanted to use the word anomalous.

I think Ive lost my sense of humor (humour). Though my humerus bone is still intact.
See I’m not funny anymore. That was a bad joke. HELP!!!

Marriage is like Democracy, it doesn’t really work, but the alternatives are far worse.

#28 The perils of being funny

I realized early on in life, that I’m not funny. I’m just mentally deformed in a way that amuses people.

If you don’t know what to say, just start with a “So…” The rest usually just flows.

#30 When food excites you more than real drama ever would!

I love to see drama unfold; even the sight of cold butter melting on a hot piece of bread. Actually, especially that!

The problem with running away from the world is, that wherever you go, it’s still there.

I think I pray for the end of the world so that, once people are gone, I can finally go out there.

Having a choice and having 2 choices are the same thing.#justsaying

It’s impossible to think, of not thinking. I just tried it and I got a brain freeze

#35 I can’t even explain how very accurate this is 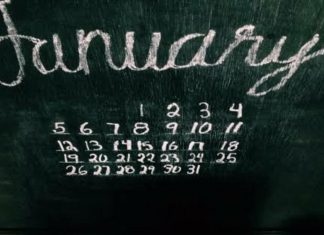