What do you think of fan culture? Would you queue for hours to catch a glimpse of your favourite artist? Or would you rather stick to watching them perform online?

Celebrity culture and the star power of musicians will always be impressive. It doesn’t always make sense, but it is entertaining. And if fans enjoy meeting their idols, who are we to judge?

Most artists these days have cult followings, but some fan bases take appreciation to a different level – from internet stalking to breaking down at concerts. We’re counting down the top musicians with die-hard fan bases. Let us know if you see your favourite musician on here!

What is a fandom?

Before we jump into the article, we’ll quickly cover what fandom is and why these fans are the most loyal.

Fandom is a term used to refer to fans of a particular artist or piece of media. While fandom does include all fans, it is typically used to refer to overly enthusiastic fans. Fandoms often name themselves, and they’re more likely to travel and follow artists as they tour.

Being a die-hard fandom member can be expensive, though. For example, BTS tour tickets can average a whopping price of £678.94. But, if you love the band enough, this cost is nothing compared to seeing your favourites in person.

Ready to see which musicians have the most loyal fans? Let’s look at the artists who can rely on their fandom for support.

Known as the Queen to her fans, Beyoncé has one of the most loyal fan bases around. These fans deem themselves the BeyHive and loyally support their icon online and in person. This fandom often copies Beyoncé’s moves and style, with many fans paying homage to her music daily.

Not only that, but this fandom “broke the internet” when Beyoncé’s fifth album dropped by surprise. With loyal fans worldwide, Beyoncé is a certified icon – just don’t mess with the BeyHive!

Do you like eccentric music and flamboyant costumes? If so, you might fit in well with Lady Gaga fans. Members of this fandom are known as Little Monsters, and they all share a strong passion for Mother Monster – aka Lady Gaga.

Like other pop singers, Lady Gaga frequently interacts with her loyal fan base. From inviting fans on stage to admiring their creative costumes, Lady Gaga always has time to converse with Little Monsters. Many of these fans camp out before her shows, a tradition that continued at the 2022 Chromatic Ball tour.

To some, K-pop is still a mystery, but to BTS fans, K-pop is a way of life. Potentially the most die-hard fans on this list, BTS fans are known as the A.R.M.Y. (not to be confused with Rihanna’s Navy fans.)

These fans are truly dedicated to the band and show their devotion by waiting in lines for hours, selling our tours in minutes, and going crazy when BTS are on stage. The BTS fandom is also notorious for promoting its idols on social media, such as Twitter. Next time you’re on the platform, see if you recognize one of these fans!

One Direction went their separate ways in 2016, yet their fandom is still alive. Impressively, Directioners still hold a torch for the band, even six years after they broke up. Today, you’ll find these fans attending the member’s solo concerts and promoting old singles on social media. Many Directioners are now full-time Harry Styles fans.

Back at the peak of this band’s success, fans would fly to different countries to catch a glimpse of the band. Die-hard fans would skip school and work, stating that seeing the boys in person was worth the trouble.

Fans always defend their icon, but do you know who does it the best? The Barbz.

Nicki Minaj has enjoyed worldwide success since the 2000s, and in her career, she’s caught the attention of music lovers worldwide. Nicki’s fans are known as The Barbz, and they’re well known online for defending Nicki’s name and projects. You don’t want to get into a Twitter fight with this group!

Aside from protecting Nicki Minaj, the members of this fandom enjoy replicating Nicki’s over-the-top music video looks and practising her choreography.

Did you spot your favourite musician on this list? Die-hard fans dedicate their time and money to their favourite celebrity, which impresses us every time. What do you think of fandoms? Let us know in the comments. Weird Incidents That Are A Common Occurrence in Public Buses 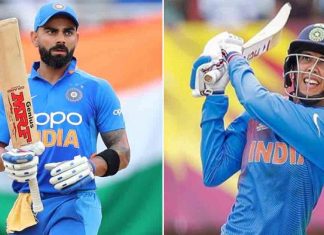 Flashback 2019: everything that happened in Indian cricket this year 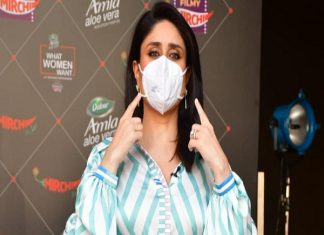