INNFINITY
Home Entertainment 7 unknown facts of Koffee with Karan which has more masala than...

The nation’s weekly dose of gossip for six seasons since now, KJo’s chat show Koffee with Karan has a penchant for discovering the unknown. Be it those hush hush affairs of Bollywood or the secrets of tinsel town,KJo’s couch has this lure of bringing ‘mysteries’ out in the open. However, the show just isn’t about the facts. Here we decipher some of the lesser known facts about Koffee with Karan which has more masala than the controversies that stir up on the show!

Koffee with Karan might just spell out KJo’s obsession with all things K and not with coffee itself. For how else would you explain the host himself sipping diet soda out of his coffee mug? And a whole show that thrives and survives on the coffee punch sure needed to show a bit more respect to the world’s favorite beverage!

Perks of being KJo’s guest

Nepotistic might be what Karan is but he for sure isn’t any more hypocritic. The guests are free to sip on their choice of drink as long as they continue to provide the gossip of the times. What’s more, on days when the shoot goes excessively long, meals are also taken care of.

Koffee with Karan is as exciting for its mysterious gift hampers as for the juicy elixir of gossip it elicits. The ‘much anticipated’ hamper houses signature Koffee With Karan yellow mug with health bars in it. Personalised roasted coffee with a coffee french press, chocolates and (obviously health savvy) cookies, cheese platter and champagne. A facial cleansing paste, speakers, voucher worth Rs 5 lakhs from a bath and kitchen decorating company and more chocolate sums up (as we now discover) this delightful basket of goodies!

Kashing in with the Ks!

The chat show isn’t just about the talks, it’s also as much about raking in the moolah. Karan cashes in somewhere between 1 to 2 crore each episode. No wonder, Karan has his coffers overflowing always!

You might be wondering how KJo’s chat show manages to create buzz every time he returns with a new season. This is because every question is designed in such manner that they provide scope to explore the most tantalising secrets and talks of the glamour world. Koffee with Karan manages to grab the spotlight every time it returns on air with its newest renditions.

Koffee with Karan has been desi ever since it debuted in 2004. 15 years down the line and the much anticipated show is set to touch high notches with global guests as well. As KJo plans to expand his show beyond boundaries, youth sensation Justin Bieber is expected to be the man to rake up a world storm!

Each season of Koffee with Karan has been replete with stormy inferences and talked up affairs. However, the current season feat Hardik Pandya episode has been one of the most controversial in recent times. The young Indian cricketer went a bit too far with his comments on screen. As Pandya was subsequently reprimanded by media and public alike, Karan Johar revealed that he felt deeply responsible for the furore as it stemmed from his show. A ‘considerate’ individual responsible for a far more controversial show is the perfect recipe for climbing TRPs! 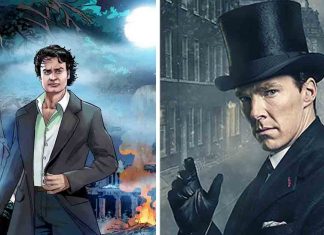