Hollywood has always housed a huge repertoire of talents. Be it charming actors, perfectly crooning singers, dynamic dancers- artistic pursuits have never been a whimpered lot. Yet when it comes to wit, there exists a separate lot who wins the game of savagery, hands down. Ryan Reynolds is one such Marvel of the cinematic universe. Not only he is hilarious af as Deadpool but his Twitter account also portrays him as an essential parody of existence.

From ranting about his parenting blues to delivering the perfectly sarcastic parenting tips, roasting fellow celebs to even roasting himself, and having the ultimate response to fan posts, Ryan Reynolds is the undisputed king of Twitterverse.

Weird. My daughter JUST stabbed me in the right eye. (She’s not a ninja, but she IS a bit of a dick) Point is, We can finally trade roles… (Happy Birthday Bubba!) https://t.co/TsDLuTACaO

Never got past the pre-pre-audition stage on The Voice but today I’m a Grammy nominee. #KeepDreaming

Just found out I’m a #Grammy nominee. I feel like I should check into a hotel room just to trash it. #Deadpool2

I can‘t tell if my daughter’s smashing plates all over the kitchen floor or singing the theme song to Paw Patrol.

I don’t usually talk about ex-girlfriends. But Betty’s special. Happy Birthday to the one and only, @BettyMWhite ? pic.twitter.com/ycpxHTorG4

I don’t want to seem like I’m hyping it up too much, so I’ll just say it tastes like god cried in your mouth. https://t.co/3rO7QuEju1

Having matching donor organs in case anything happens to me is a true blessing. #HappyFathersDay

Father’s Day coming up. Can’t wait to be served Norovirus in bed.

Can’t decide between a midnight blue minivan with all wheel drive and foldable rear seats or a coffin.

Thanksgiving in our house is a glorious, non-stop car accident set to the music of cocaine. pic.twitter.com/ngCdgtpgct

My kids tried to surprise me for my birthday this morning. I totally heard them coming and snuck out to start a new life somewhere else.

My daughter loves being buried up to her neck in sand at the beach. Her little face lights up when I come back to get her the next day.

Airplane toilets are aggressive. It wasn’t until I got back to my seat that I noticed my pants and testicles were missing.

Went to Disneyland because my daughter’s obsessed with Mickey Mouse. She was so excited when I got home and told her.

People in LA are deathly afraid of gluten. I swear to god, you could rob a liquor store in this city with a bagel.

If you find me, please let me know where the hell I’ve been. https://t.co/y5srAfnfDa

I watched Frozen without my two year old this morning. Despair reveals itself in many forms.

The mobile above my daughter’s crib is just a whole bunch of NuvaRings. So she remembers how lucky she is.

You’ve come to the right place, Dirk. Celebrities are the gold standard for relationship advice. https://t.co/Lxx5ju8rDw

I sometimes confuse watching political coverage with swan-diving into a swimming pool filled with liquid rabies.

Many years ago, my father forgot to put on his thinking-condom. https://t.co/LDLajmOQgE

I can’t tell the difference between meditation and silent inner shrieking.

I’m making an oil painting of my sister, Sarah. And it’s more difficult than I thought because I don’t have a sister.

Damn it’s hard letting your infant daughter go somewhere alone for the first time. I was a total mess dropping her off at Burning Man.

It’s important kids eat 5 servings of vegetables daily. Even if childhood is just a dress-rehearsal for extraordinary adult suffering.

Turns out Game of Thrones is NOT historically accurate. Apologies for calling my idiot 6 year old nephew an imbecile.

I’m still trying to get out of dinner meetings I had years ago.

It’s neat to have entire conversations using only “air quotes”. Also, punching myself to death is fun.

Hey, guy in black turtle neck at the bottom right corner of my tv screen… Yelling in sign language is still yelling.

Disappointment should be free. Most people pay for it. https://t.co/djDmr4FYEq

This morning, my daughter said, “quiche” which means she’s smart, hungry and an asshole.

If pure anxiety was an Olympic sport, I’d feel really fucking anxious about all the gold medals I just won like a BOSS.

My daughter love the @MileyCyrus song, “We Can’t Stop” because she thinks it’s about cutting the brake lines on my car.

I don’t make rules, but politicians shouldn’t be able to eat a steak without chewing, or laugh for a full hour without inhaling or blinking.

Healthy Parenting Tip No. 34: Get the child into showbiz as soon as possible.

Jokes on you. We’re not teaching her to read. Boom. https://t.co/gwGgx7pNQQ

Being a father is the single greatest feeling on earth. Not including those wonderful years I spent without a child, of course.

If doing a kilo of prayer, then watching every episode of Touched By An Angel means I do drugs. Then sure. https://t.co/jKKOYEe9OR

If people are gross enough to send dick pics, at least have the courage to use a face-swapping app.

Being a father means responsibility. Not just for your main family, but also the secret one in Denmark nobody knows about.

After this morning’s diaper, my daughter finally earned the teardrop tattoo on her face.

Totally caved and tossed my daughter the keys to the car. She looked really happy as they bounced off her tiny infant face.

They should make a Tinder for really delicious sandwiches–because holy fuck-tank what’s happened to me?

Deadpool opens in Japan June 1st! As a famous Japanese man once said “Life is hard; even harder if you’re stupid.” That man was John Wayne.

A family having a picnic about two hundred yards downwind, ate like, half my Dad’s ashes this morning.

I’m writing a children’s book in “all caps” so people know to yell.

When somebody starts a sentence, “with all due respect…” it’s almost guaranteed they’re about to say something shitty.

Remember, I was named Ryan long before it never became cool.

Tip: It’s important parents take little “time outs” for themselves too. Even if you feel pretty guilty when you return 14 years later.

I adore the St. Patrick’s Day tradition of fighting your whole family on the front lawn after sundown.

The pen is mightier than the sword. Also, parking a car in someone’s living room sends a pretty damn clear message too.

Zayn isn’t on the Graham Norton show with me anymore. I’ll still go… But obviously I got my lips done for nothing. #DeadpoolDoesLondon

Google Translator sucks! So embarrassing. I just asked a sweet elderly man in Taiwan which bus runs to his asshole. I meant MY asshole.

V-Day is soon! Nothing says romance like an anonymous note with the words, “You’re Next” written all creepy and child-like. #helpful

Running for president and punching George Washington in the dick are indistinguishable events.

They should consider inventing drugs that make you feel better about everyone else too.

The taxi driver switched off Adele — mid song. Either his life is perfect, or he has three days to live. No middle ground there.

If I were a Life Coach, the first thing I’d do is let all my clients know they’ve just hired a Life Coach, so it’s already too late.

Love writing nursery rhymes for my daughter. Her favorites are, “Sunshine-Cuddle-Time!” and “Everyone You Know Will Eventually Die.”

Dressed my lazy, 10 month old daughter as Newt Gingrich for Halloween because all she needed was the tie. pic.twitter.com/8elDoaQB7Q

The great thing about kite surfing is that – depending on the wind – you can continue kite surfing up to an hour after dying.

Whoever invented pants probably brings it up in like, every conversation ever.

I’d walk through fire for my daughter. Well not FIRE, because it’s dangerous. But a super humid room. But not too humid, because my hair.

Bigotry sounds better when they call it “Liberty”. And acne sounds a lot cooler since they changed it to “Party-Skin”.

I’d appreciate it if nobody posts any spoilers for the next round of Papa John’s Pizza commercials.

Got totally messed up on probiotics last night and digested the fuck out of dinner.

Having a kid doesn’t stop this party train.

Nothing better than spending an entire morning staring into my baby daughter’s eyes, whispering, “I can’t do this”.

If I owned 100 pair of sweatpants it’d be hard enough to select which ones to wear each day, let alone while riding a regret-rocket to hell.

Love it when mom tells an anecdote about last night’s dinner, but starts with her own birth and works her way forward in real time.

When Bruce Banner’s angry, he turns into the Hulk. It’d be cool to see the Hulk get angry, then turn into Nancy Grace.

America isn’t 2015 years old today? I have to apologize to a number of people I’ve hurt.

When the elevator abruptly stops, it’s good to let your fellow passengers know the coffin has enough air for at least an hour.

I used the expression “no chill” at dinner last night and my brother demanded to know if I was a virgin.

Does it count as a TED Talk if you’re in the back of a van? And your older brother didn’t exactly CHOOSE to be there?

On Fathers Day, my daughter smiled at me.

It was all the gift I needed as I packed a bag and left for 6 years to write a book on parenting.

On Fathers Day, my daughter smiled at me.

It was all the gift I needed as I packed a bag and left for 6 years to write a book on parenting. 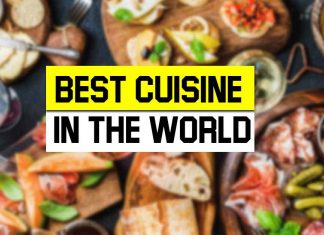 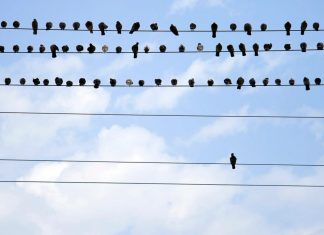 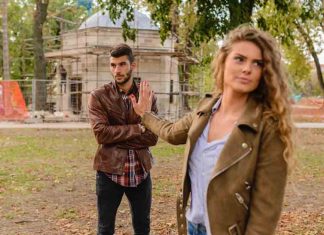 10 biggest signs that you are trapped in a time pass...