It is not for anything that love is waxed eloquent about as being something so pure and magical that transcend all barriers and tides over all notions of time. Love can make its way into your life at any time and from anywhere. Perhaps it is only this innate characteristic of fall that has us falling headlong in its sea of charm. The intensity of emotion that love heralds, it’s no wonder that celebs and commoners alike give in to this lure of fancy flight. Here’s a handful of such Bollywood celebs who married foreign men and proved that when it is love that reigns supreme, nationalities cease to matter.

The Desi Girl of Bollywood Priyanka Chopra however chose to go videsi when it came to tying the knot. Married to American celebrity Nick Jonas, Priyanka Chopra is perhaps the most prominent among all Bollywood celebs who married foreign men. While Chopra was linked to quite a few names in the industry, most of whom were her co -stars, love rarely blossomed way past what it took to take the relationship to the wedding ultimatum.

With Nick Jonas however, Priyanka Chopra’s love life has been a completely different experience. The two struck it off instantly and with numerous sightings in public events sure set rumor mills abuzz with their affair. But even with considerable media hype and continuous speculations the couple neither denied nor confirmed their relationship. All speculation finally came to a rest when Priyanka Chopra and Nick Jonas did indeed tie the knot in an elaborate ceremony on the December of 2018 at the gorgeous Umaid Bhawan Palace in Jodhpur. In what was easily the cross country wedding of the decade, the Priyanka Chopra- Nick Jonas fairytale was scripted for eternity much to the delight of their fans and followers.

She is Netflix’s forever muse and with her commendable acting repertoire sure is an unconventional asset for Bollywood. Her love story however did not find wings in the dreamy realm of Bollywood romance sequences and she is now married to a British musician Benedict Taylor. Apte met Taylor in London when she attended the Trinity Laban Conservatoire of Music and Dance in London to learn contemporary dance styles in 2011. An avant-garde composer and violist, Taylor got married to Apte just a year later in an intimate ceremony but even after so many years of the wedding her marital status remains relatively lesser known.

While she definitely is one of the lesser known of Bollywood celebs who married foreign men, maintaining a long distance marriage is quite some work even for someone like Radhika Apte who is a headstrong, committed individual with high regard for both her personal and professional obligations. Someone who believes that it is the love and commitment rather than the institution of marriage that makes relationships work, Apte however had to enter into wedlock as their separate nationalities necessitated it all the more.

Bollywood actress Sunny Leone’s love life is one that has always been there for everyone to adore and appreciate. The former adult star who surely and steadily made her way up the ladder of Bollywood stardom is married to Los Angeles guitarist Daniel Weber since 2011. It’s indeed heartening that despite being widely ridiculed and trolled for her past, Sunny Leone found love in Weber who has forever been her support and strength. While for Leone it took time for the love to blossom and to realise that he indeed was the one one for her, Weber fell for Sunny at the very first sight. However for Sunny Leone the life she is living now with husband Weber and their three kids is nothing short of a dream- one that she would like to live till and through eternity.

Among the Bollywood celebrities whose marriage had forever been the buzz of the town was also dimpled beauty Preity Zinta, now married to a foreigner. A very prominent leading lady of the 90s, Zinta had entire Bollywood entranced with her bubbly nature and acting skills. However it has been Los Angeles based Gene Goodenough who managed to entice Zinta and marry her away in 2016.

A financial analyst, Gene dated Preity Zinta for some five years before the couple decided on tying the knot. The love birds met at Santa Monica when Zinta was in New York on one of her visits and had the charms working on them almost instantly. In the years that followed, the couple grew strong and Gene was even there by Zinta’s side throughout a legal battle with her ex boyfriend Ness Wadia. Finally on February 2016, Zinta decided to settle down with her longtime ‘goodenough’ boyfriend!

A Bollywood actress known for her choice of unconventional films and her in depth performances, Lisa Ray is married to US man Jason Dehni. Born in Lebanon, Dehni married Lisa in 2012 in California after the spirited actress successfully battled off her blood cancer she was diagnosed with a couple of years back in 2009. In fact, Dehni has forever uplifted an ailing Ray during all those years she battled with the deadly disease before emerging out of it healthier and more in love.

A philanthropist and banking executive, Dehni however wasn’t Ray’s first love. The beautiful and talented actress was linked earlier to Canadian businessman W. Brett Wilson and also thereafter to Paris-based fashion photographer Paolo Zambaldi and rumours about an impending marriage were rife in both the cases. However the Indo- Canadian actor found her true soulmate in Jason Dehni and it was only a matter of time before the couple decided to seal their love for life with the marriage.

A Bollywood actress and the 2001 Miss India Universe, Celina Jaitley is another of the Bollywood celebs married to foreign men. Wedded to husband Peter Haag since 2011, Jaitley is the proud mother of three children and now constantly shuffles between her personal and professional life. An Austria based hotelier, Haag completely won Jaitley over with his kind benevolence and thoroughly gentleman like attributes. In fact, Celina was so much entranced by Haag the first time they met in Dubai that she instantly knew that he would be her future husband. A hush- hush fairy tale wedding in Austria definitely was more than what the much in love couple could ever ask for. Though for Celina, Peter wasn’t the first man in her life, he indeed was going to be the one she would ever need for a happily ever after! 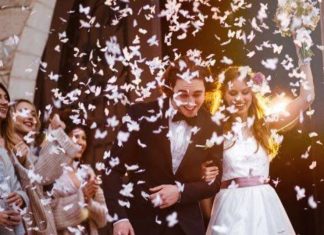 5 Home Made Ice Cream Delights To Try Out 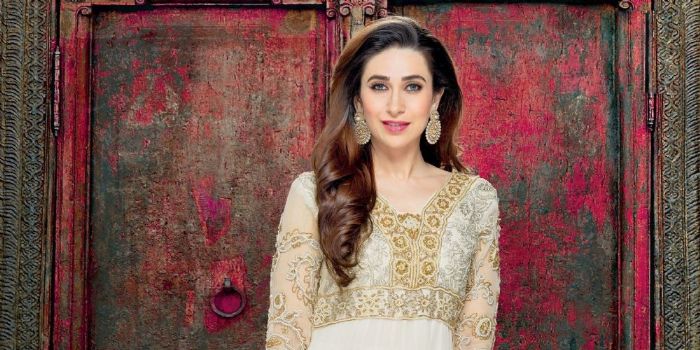