INNFINITY
Home Entertainment 14 stupid Bollywood films which has the dumbest logic you could ever... No matter the level of entertainment and humor Bollywood has blessed us with, we can’t deny that the Hindi film industry is party to some of the shittiest sense of logic. Be it making love triangles the norm of romance, ’employing’ cars to rake in the moolah through wreck and destruction, over dramatising the simplest of incidents, films are more surreal than reel.

Yet even in the face of rampant stupidity, there have been times when Bollywood has explicitly thrown all logic out of gear. Do watch these 14 stupid Bollywood films which has the dumbest logic you could ever think of if you want your brains to be rattled up!

How can one not ‘feel’ when he doesn’t have his pants on??? Like how? And how can one not know when he’s being a total jerk all the time? So even when SRK utters that you fall in love only once in life, irony has it that he ends up falling twice himself. Like all other overtly romantic movies of the times, Bollywood prefers cheesy love over logic anytime.

Like why is Bollywood so high on making movies based on the ideas of reincarnation? Sure, that might be a thing but to bring in the concept of rebirth every bloody time into the picture just to churn out something they conceive as spectacular is some sort of dumb logic for sure.

“Ek ladka aur ladki kabhi dost nahi ban sakte” has to be the shittiest Bollywood has done in terms of culling logic. On top of that, the proverbial pigeon being entrusted to deliver love messages over wireless telegraphs just make Maine Pyaar Kiya a bland prequel to Bhai’s upcoming logic defying brevities in Bollywood.

So you are having a dislocated shoulder just before your all too important cricket match? No problem. Smash your ailing shoulder into a wall and voila, you are a match winner already! Disclaimer though, if you go by the Dishoom logic, that is!

Whatever happened to senseless kundli matching rituals in Indian weddings? K3G kills logic in a way more epic. The hero marrying his love just when the father died defies customs but we ain’t complaining. But this seriously kills off logic and we can’t help but facepalm. And just because you stumble across a countryman in a foreign land doesn’t mean they can be your guest for life!

The greatest film in the bandwagon of stupidest Bollywood movies ever, Race 3 is unsurprisingly lacking in logic. The memeistic dialogue that this film delivers “Our business is our business. None of your business.” just about gives away the very premise on which this movie is set. With mindless action scenes and trademark Salman Bhai senseless humour, Race 3 is the greatest race towards stupidity.

All those notions of wives being able to see through every pretense their man puts on is sheer myth! A naive Taani not recognising her husband when he decides to don off his moustache is indeed a defiance of sense and sensibility. All the men out there must be hoping to find someone like Taani as their partner!

Have we been fretting over a condition as grave as brain hemorrhage over nothing? Well if a shower of acidic rain is all to takes to get a person out of this seriously debilitating condition, as it did for our Rowdy Rathore, then we have only the heavens to thank for! Quite literally!

When Salman Bhai says “Main dil mein aata hoon, samajh me nahi”, we couldn’t be agreeing more! With a slo mo walk getting him out of way of a moving train just in the nick of time, it’s indeed obvious that Bhai’s rules dominate his films over physics of course!

No matter how much love lorn you might have been over your past relationship, Bollywood says that you have been doing it all long! And when the main character in an acclaimed film like this one falls in love a few days right out of a (just two days) divorce, we sure have no hopes for something called logic in tinsel town!

That epic moment when Mithun Chakraborty ‘hides’ behind a cycle while firing shots with those dark glares on stupefies us all at once. Hell, we can’t even hide our bodies behind a car to avoid meeting someone we know is a total snob! Because of course my friend, real world has logic unlike Bollywood does.

A very well circulated logic of Indian showbiz is you get hit on the head once, you get amnesia; you get hit one more and you are cured! Wonder what all the doctors and prescription drugs in the world are. And before you get too excited and jump at curing concussions the Bollywood way, be warned- a double hit only serves to cause even more brain damage than ever.

Forever defying medical sciences has been the USP of Bollywood. Whether it be inciting emotions as superior to a degree in MBBS or promoting patriotism as a sure shot panacea for diseases, films has shown it all.

So when the protagonist’s grandfather suffers a massive heart attack in Clerk, doctors can’t come to the rescue. Because they demand money as fees. (Like obviously, the world cant be thriving on philanthropy all the time.) But even without the bucks, our hero knows the remedy to everything. As he pulls of a saving act by playing Azad Hind Fauj’s marching anthem, the old man magically sits up. Accompanied with a hearty sing along , this scene and its corresponding dialogue “Main battery ki cell le aaya hoon” has glorifyingly culled logic.

The mere mention of a brain transplant surgery is freaky enough to the senses. Yet when a genius ‘takes out’ the brain of a recently dead person and transplants it in a person suffering from a massive head trauma, the person is miraculously revived. An apparent lack of logic apart, but how did such a ridiculous idea even find root in the scriptwriter’s (if there was one) brain? 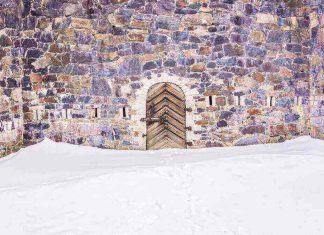 Doors of a magical world