INNFINITY
Home Entertainment 50 Bollywood movies which were copied from Hollywood that you didn’t know... Bollywood indeed has inspired remakes. Not maybe in providing fodder to others, but surely in deriving from the best of the lot. Whether it be blatant copies or cleverly twisted plots, slight dissimilarities or stark matches, Bollywood has been copying ruthlessly and shamelessy since forever. Here are 50 Bollywood movies which were copied from Hollywood that you didn’t know about-

Ghajini did indeed shape out to be a nice film but it would have helped more if the Aamir Khan starrer wouldn’t have turned out to be the copy of Christopher Nolan’s legendary 2000 film Memento.

The 2008 romantic comedy film Dostana was copied from American film, I Now Pronounce You Chuck & Larry, in just a year after its release.

Partner is one of those comedies that rests on Bollywood’s funnier side and is totally enjoyable, even when it was copied from the Will Smith starrer flick Hitch.

Salaam-e-ishq has been a magnificient celebration of love that Bollywood idolises. But it still is copied from the 2003 Christmas romantic comedy Love Actually in its theme and sadly, the plot as well!

Dil hai ke maanta nahin defined romance for many of us 90s kids even when it was clearly a copy of the American romantic comedy It Happened One Night.

Munna Bhai MBBS is one of Bollywood’s most celebrated and loved movies. It breaks our heart then to know even this cult film was copied from the English film Patch Adams.

We all loved Dhamaal. The out and out comedy has been a laugh riot and we don’t really mind even when this has turned out to be a copy of the 1963 epic comedy film It’s a mad, mad, mad, mad world.

A Bollywood crime comedy Awara Pagal Deewana was a copy of the 2000 American film The Whole Nine Yards but still managed to score it big, to emerge as the highest grossing film of the year.

Jo Jeeta Wohi Sikandar and Breaking Away both are fan favorites in their own leagues. No wonder that Bollywood copied one of its iconics from the 1979 Hollywood film.

Another acclaimed American romantic film To Each His Own has also been copied into the 1969 Bollywood drama Aradhana.

The 2002 erotica film Unfaithful was the face behind Murder, one of Mahesh Bhatt’s cult copies- the first film in the Murder series.

1994 movie Leon The Professional explored the story of a ruthless hit man taking care of the distraught daughter of his neighbour. Six years later, Bollywood movie Bichhoo had Bobby Deol do the same for Rani Mukherjee.

Undeniably Koi Mil Gaya was perceived a really good movie at the time it was released. Indeed with sci- fi movies never being presented to the Indian audience in a manner as extravagant as Rakesh Roshan did, the movie did pass off as pretty good even when it was an obvious copy of E.T. the Extra-Terrestrial.

#15 Ghulam | On the waterfront

1954 American crime drama film On the waterfront has been the recipient of eight Academy Awards. The acclaimed film has been copied in Bollywood as the film Ghulam.

Multiple Oscar winning Hollywood film Kramer vs Kramer was also copied by Bollywood in a style that was not too distinctive from the former. The Meryl Streep starrer path breaking film was made into the Aamir Khan- Manisha Koirala starrer Akele Hum Akele Tum in Bollywood.

#17 Baazigar | A kiss before dying

Bollywood Badshah Shah Rukh Khan stood out in his first ever anti- hero role in Baazigar, which was copied from the 1991 film A kiss before dying.

1991 American buddy cop action comedy film The Hard Way is surprisingly the inspiration for the much popular Bollywood flick Main Khiladi Tu Anaari, with some of its scenes even copied from 1987 movie Lethal Weapon.

A ‘tribute’ to the much acclaimed 1972 film The Godfather, Bollywood’s Sarkar has been a critically acclaimed movie but still is a rather pretentious copy from an Oscar winner.

“Not a remake of Man of Fire”, this is what the makers of this 2005 film starring Amitabh Bachchan has to say. Well, obviously then, Ek Ajnabee is a sure shot on-your-face copy of the 2004 Hollywood flick.

The 2005 Bollywood comedy film Bunty aur Babli about two namesake cons had evident copy links to 1967 acclaimed film Bonnie & Clyde, not only in storyline but also evidently in its title.

Acclaimed Bollywood film Black was ‘inspired’ by the 1962 movie The Miracle Worker but considering that the latter was not credited by the makers in the official movie citations, we consider it to be another of those blatantly copied ‘originals’!

Agneepath might have emerged to be one of Amitabh Bachchan’s cult film over the years but that cannot save it much grace as it indeed is a copy of the classic 1983 American crime drama film Scarface.

Akshay Kumar and Katrina Kaif starrer Humko Deewana Kar Gaye is an out and out copy of Julia Robert’s 1999 film Notting Hill in some of its sequences.

Another one of the finer movie of Bollywood, eve Heyy Babyy turned out to be copied from the Hollywood flick Three men and a baby.

Chachi 420 might have been one of those Bollywood comedy films that struck an immediate chord with the audience as an unconventional take at humour. But as it turns out, the film which was a remake of the Tamil film Avvai Shanmughi had the same story line as the 1993 American film, Mrs Doubtfire.

Life in a Metro is one of those Bollywood films that is more realistic and less acclaimed. However, the film owes much of the critical acclaim that came its way to the multiple Academy Award winning film, The Apartment.

An acclaimed romantic drama, The Notebook also found its own caricature in Bollywood. The 2008 film U, Me Aur Hum turned out to be a blatant copy of the 2004 Hollywood which was based on the Nicholas Spark novel.

Even when it was a clear cut copy of the Hollywood action thriller Cellular, the 2007 Bollywood film Speed still failed to make it matter at the box office.

Counted as one among comedian Jim Carrey’s exuberant performance, the 1997 American fantasy comedy film Liar Liar’s copy cat version in Bollywood turned out to be Govinda’s another of his memorable performances in Kyo kii mai jhuth nahi bolta.

The 2002 Bollywood film Mere Yaar Ki Shaadi might have been a hit but the movie owes its success to a 1997 American film. My Bestfriend’s Wedding was a massive success and Bollywood did indeed see much scope in copying the same.

The 2009 Bollywood film Dil Bole Hadippa was also a copy of an American film. The film in question is 2006 romantic comedy sports film She’s The Man. Incidentally, She’s The Man was inspired by William Shakespeare’s play Twelfth Night.

Lindsay Lohan’s 1998 debut film The Parent Trap has also been copied and moulded in Bollywood. The American romantic comedy drama film was remade in Bollywood as Kuch Khatti Kuch Meethi.

Bollywood copies animation too. Case in point: The Lion King was a rip off of the American cartoon series Kimba: The White Lion.

Anushka Sharma’s debut production movie NH10 might have been described as a brutally original drama but it still was copied from Hollywood. A 2008 British horror film Eden Lake was the copyspiration for NH10.

Paap was a 2003 Bollywood film that did not generate much buzz. But even for churning out a film that failed to matter, Pooja Bhatt had ridiculously copied the Oscar winning Hollywood film Witness.

1990 Hollywood film Revenge was just an average film. Even then Bollywood sought to copy the same and churned out a successful SRK blockbuster- Koyla.

The 1998 Indian Hindi romantic comedy film Pyaar To Hona Hi Tha was a superhit film that was still copied from the Hollywood movie French Kiss.

Chhoti Si Baat is a 1976 Hindi romantic comedy film that was a copy of the 1960 British comedy film School for Scoundrels.

The 2005 Hindi mystery-thriller film Jurm also owes its critical and commercial success to the 1987 romance crime thriller Hollywood film Someone To Watch Over Me.

#42 Har Dil Jo Pyaar Karega | While You Were Sleeping

A 1995 American romantic comedy film While You Were Sleeping was copied in Bollywood as Har Dil Jo Pyaar Karega. The Hindi film was however more of a romantic tragedy.

#43 Joshilay| For a Few Dollars More

Among the older movies of Bollywood, 1989 film Joshilay also owes its plot and story to the 1969 film For A Few Dollars More.

A 1965 American comedy farce Boeing Boeing was copied by Bollywood to turn out the successful comedy movie Garam Masala.

Sarkar wasn’t the only Bollywood film that copied The Godfather, one of the classic Hollywood movies of all time. Years back in 1975, Bollywood film Dharamatma also had done the same.

Even when we tend to think that only the present day Bollywood is low on creativity, some gems from the past can still take us by surprise. Kati Patang, a classic hit was copied from the American neo noir drama No Man Of Her Own.

Quentin Tarantino’s genius film making abilities did indeed come to the fore in Reservoir Dogs and that’s perhaps the reason we don’t approve of the Bollywood movie Kaante being a copy of this classic.

Krrish might have been the sequel to the sci fi Koi Mil Gaya, but even for a sequel India’s first superhero turned out to be a farce. Krissh happened to be copied from the 2003 American science fiction action film Paycheck.

A 2005 Indian romantic drama film, Kyon Ki was a blatant copy of Milos Forman’s Academy Award-winning movie One flew over the Cuckoo’s Nest. The only difference- the former is more a parody of the latter. 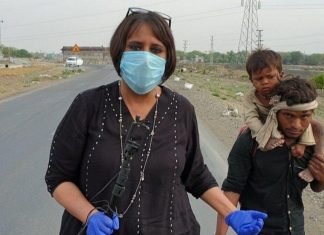 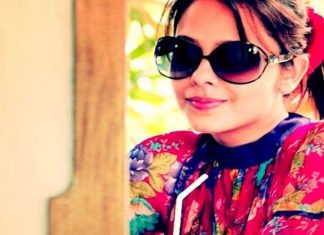 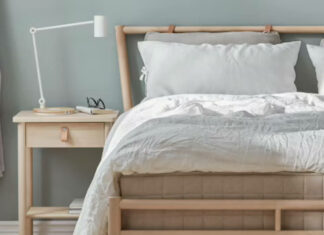