Being a celebrity should be a tough job. Moments of scrutiny in front of the camera brought about by hours of prepping up and constantly conscious of making each move, stars would really have very little time for devoting their mind and energy to other pursuits. Yet they do, and with such fluent efficiency that can surprise you. And no, holidaying and partying does not take up all of their valuable spares. Be it building up successful business empires or turning investor for one, whipping up dishes or spinning out tales, your favorite celebrities are more than just the divas and hunks you admire. Here are some famous celebrities with surprising side jobs you didn’t know about-

She might have been short of time with all those achievements on court, rattling on and off with Grand Slams and tournaments. But her flair for hitting the tennis ball does not mean she’s all play and no work. The talented tennis player has her own interior design company V Starr Interiors that has serviced NFL and NBA stars, among other high profile clients. This however should not be much of a surprise given that the elder of the Williams sisters had had a stint in fashion school while she was still a teen. Old passions die hard it seems!

The pop singer had been our dive into the world of (romantic) music addiction in our growing years but it seems Akon’s tryst with exclusivity does not stop there. The songwriter-actor-philanthropist owns a, hold your breath folks, diamond mine in South Africa! And not just that, the I Wanna Love You singer does not consider his diamond dealing as any big deal! Now that’s some air of a celebrity!

The Queen of Pop, Madonna does music like no other artiste ever can. Her venture into fashion designing and other business ventures apart, much like any other celebrity, not many know that Madonna has also authored five children’s books. It is also apt for a woman as self made assertive as Madonna that even her stories for the tiny tots has her celebrating and promoting #girlpower!

Queen Bey does business and investment like she owns it! With her own line of fragrances and fashion, Beyoncé made further assertation of her entrepreneur sense with her vegan meal home delivery company, 22 Days Nutrition.

Just a couple of hours away from @sevenpeaksfest and performing for you guys! I cannot wait. Festivals are so much fun. And this one combines camping and music! #singer #singersongwriter #music

Actress, producer, singer, songwriter, Rita Wilson is many roles moulded into one. However she doesn’t stop at just that. Her intellectual faculties has also seen manifestation in her being the Editor-At-Large for The Huffington Post.

Friends w benefits- get your mind out of the gutter! My friends @ninomunoz, @monikablunder and @renatocampora turned me out for @harpersbazaar_tw. W super dope styling by @sarahgorereeves. It was so fun!

An actor par excellence and a constant presence on the list of the world’s most beautiful women, Hollywood star Jessica Alba however has much more than just her celeb personality. A mother of three, Alba co founded The Honest Company, a lifestyle venture that mainly sells eco friendly baby products, after her own harrowing experience. A certified billion dollar business in tow, Alba takes it upon herself to consciously belt out chemical free, child safe products for the tiny tots.

With his presence among the richest rappers of the world, it’s not surprising that Snoop Dog has more than just his music raking in the moolah for him. The multiple Grammy nominate hit maker is one of the co-owners of ‘the front page of the internet’ Reddit.

Taking me for granted I can tell.

Yet another of the musical celebs who did not confine themselves to just crooning melodies and belting hit after hit is rapper Drake. The co owner of a sports bar Pick 6ix Sports, the place is in fact the revamped space of the sushi restaurant Pick 6ix that had been established by Drake in his hometown of Toronto.

Feels like yesterday we started rehearsing for my #JustAGirlVegas Residency! ❤️ Excited to be back this weekend gx #DreamComeTrue

A Grammy winning mother of three, songstress Gwen Stefani has also her fashion sensibilities striking every right note with her fashion label L.A.M.B. Interestingly, Stefani’s venture into fashion spawns her very roots, as she comes from a family of seamstresses.

An actor and singer of equal parlance, Justin Timberlake does not dwell on just his numerous accolades and awards to drive folks into raving about him. With a super business acumen, Timberlake also made his claim to MySpace after acquiring it in 2011 apart from his fashion and food inclinations.

Apart from his noteworthy exploits on screen, America actor James Franco is also an author and academician and a poet as well. He has to his credit more than a couple of books while also delivering film classes at the University of Southern California and University of California, Los Angeles. Not only that one of the sexiest man living also has an aptitude for art and painting and even had his own art exhibition. Phew!

Eleanor is awkward, funny, an alcoholic and clearly not fine. A great book for someone who wants to get over a reading slump. Loved it! #mustread #eleanoroliphantiscompletelyfine #TweakIt

Okay, we all know Twinkle Khanna is a witty writer. And that’s not even her side business. With her limited stint in Bollywood, Khanna is at best recognised as a writer with the flair. The best bet to some lesser known facets about her life therefore has to be her candle making business which she runs with mother Dimple Kapadia. And like some other B- town celebrities Khanna also her her own interior designing firm The White Window. And wait, there’s more. She even has a production company Mrs Funnybones Movies. We for sure had no inkling of any of these!

I believe that the greatest #gift u can give ur #family and the world is a #healthy u. #WorldHealthDay #fitness #healthylife #ftctalent #missionfitindia

A production company Popcorn Entertainment, a slew of boutique eateries under ‘Mischief Dining Bar’ and hangout spots under ‘Club H2O’, a real estate company S2 Realty And Developers Pvt. Ltd., a retail business Creative Crossover are some of the many businesses that still keeps Bollywood actor Suniel Shetty in tow as one of the remarkable presences from tinsel town still keeping it swanky.

What do you think are they telling each other?

Ajay Devgn is as smart in his investment ventures as he is with his choice of films. The very talented actor is a multi- crore investor in the Charanaka solar project. A production house and a VFX company are some other businesses manged by Mr. Devgn.

Thank you my dear friend @neeta_lulla for dressing me for ALL THE FUNCTIONS at my brother’s wedding!!?❤️??You and your creations both have a way with me…ALL HEART!!!?❤️???#cherished #friend #beautiful #poeticexpression #gratitude ? I love you!!!

A former Miss Universe, Bollywood beauty Sushmita Sen’s business sensibilities has manifested in her owning a production company, a jewelry retail store in Dubai, a chain of ventures under the name Senazione and an authentic Bengali restaurant in Mumbai named Bangali Mashi’s Kitchen that draws from her traditional roots.

Legendary singer Asha Bhosle doesn’t just string harmony into words. With her eponymous chain of restaurants, Bhosle also has Spices singing in harmony! The first ever Indian restaurant group in the world, Asha’s offers a delectable mix of west Indian cuisine with contemporary decor for a feel of India even outside. Ironically however, Asha’s has no branches in India!

Bollywood’s handsome hunk Arjun Rampal might have carved a niche for himself in Bollywood courtesy his selective film appearances but his business sensibilities serve him equally good. An own lounge-bar-restaurant LAP, an event management firm Chasing Ganesha as well as a music fest Lost Festival are among the ventures by one of India’s most desirable men.

A prime star of yesteryear Bollywood, Mithunda is the owner of the Monarch group of hotels that has its chain spread all over the country.

Again. Cos I like this series of pics I shot with @gqindia

Bobby Deol might not be the brightest star of the Deol clan but his business skill still remains on point. Deol is the owner of a restaurant called ‘Someplace Else’ that started more than a decade back in 2006. Lip smacking Indo- Chinese fare characterises the food here while Deol’s other eatery ventures Suhana and Zion are equally aesthetic and fulfilling.

since you guys enjoyed my last sari pic so much, here's something i dug out for you from the archives… . 2013 Banarasee Diaries for the Taj . #desigirl #banarasee #banarasisaree #saridiaries #elegance #grace #indian #traditional

Former model and actress knows how to look like a eye candy. And she translated it so effectively with her gourmet dessert collection in her signature bakery outlet that sounds as enticing as it looks.

Butterfly Bakery serves some of the most exotic looking dreamy cupcakes on the menu that will seriously make you thankful that Sarah made this place come true. It’s an all about delight! 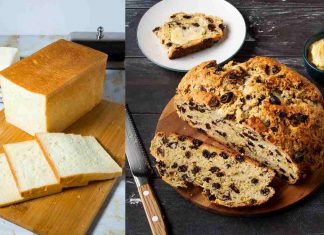 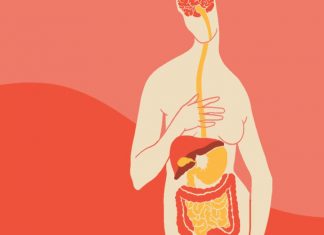 Gutsy enough in the feels 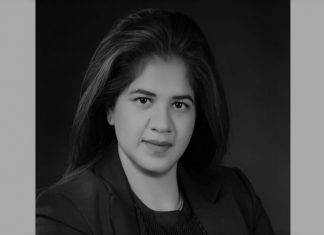