INNFINITY
Home Entertainment 18 facts about Rajkummar Rao which made him a star in nepotism...

Versatile and phenomenal- that’s how the current crop of Bollywood stars has emerged to be. Over the years that Hindi cinema has seen an evolution of sorts, star power has ceased to be the only defining realm of popularity. Talent and creativity has in equal measure gained to rule the roost. In fact, Bollywood now can take pride in most of its stars being actual actors, who rely on their craft to do justice to the potential that had once granted them entry into this hotshot name in town that is Bollywood.

Among the almost settled kids on the block who rose to stardom even sans the star power is one of the most terrific talents one have witnessed in recent times. A hoarder of exceptional cinematic brilliance and a power house of impeccable performances has strongly catapulted Rajkummar Rao to the higher echelons of Bollywood. However, while all of us has begin to appreciate the beauty that this once in a life time actor brings to cine buffs courtesy his versatility and perfection, there are facts about this man that remain relatively lesser known.

Rao’s foray into Bollywood was marked by the Amitabh Bachchan starrer Rann, where the LSD actor played the role of a news reader.

Like most other actors, Rao’s advent into Bollywood also brought along with an advertent play of numerology. Rajkummar Rao, the name we are familiar with now is actually a ‘derivation’ of his real name- Raj Kumar Yadav.

Born in Gurgaon, Rao isn’t a city boy. He was born on 31st August, 1984 when Gurgaon wasn’t any thing like it is today. Rajkummar was born to a middle class family at a village in Gurgaon.

Building a character along with building muscles. #actorslife

Rajkummar is not just an actor par excellence. He has been playing taekwondo since the fifth standard and is even a gold medal-winning practitioner at the national level.

An alumnus of the Film and Television Institute of India, Rao is one of those handful Bollywood stars who equally prioritised his education. Rajkummar is a graduate in arts from the University of Delhi.

The FTII did indeed hone well Rao’s exceptional skills as an actor. But for the boy who was into acting since the 10th standard, it was Ekta Kapoor who did the talent spotting of the acting phenomenon that Rao has grown to be.

They say the sunset in Goa is unparalleled, and they are right! Loved that the beach was so close to my @Airbnb. A sunset picnic on the beach with @Patralekhaa was definitely one of the highlights in this trip. #GoaWithAirbnb #ad

FTII also marks another significance in Rajkummar Rao’s life. He met Patralekha Paul, the love of his life at this institute. Their love story however blossomed much later and the couple is going strong since more than some couple of years now.

A die hard romantic, Rajkummar once revealed in an interview that he had his first school crush when he was just in class 3! In fact, his crush on the girl continued till she finally left school in class 8.

Like most new age actors, Rao is also a dedicated professional. In spite of being a vegetarian, the actor resorted to eating meat for some scenes of the survival drama film Trapped.

Finally, the film that m so proud of #Trapped is out now on DVD. Grab your copy guys. It's an experience of a lifetime exactly like how it was for me to be a part of this roller coaster called #Trapped. #VikramadityaMotwane @fuhsephantom @reliance.entertainment

While on one occasion, Rao had to turn non vegetarian, for the same film Trapped he was put on a strict measly diet of just carrots and coffee for at least 20 days.

Likewise, to prepare for his role as a tailor in the horror comedy Stree, Rajkummar Rao was given a sewing machine and trained by a tailor about the basics.

Shahid actor Rajkummar Rao’s claim to the National Award for Best Actor for his role in the film was equally steeped in such professionalism. From meeting Shahid Azmi’s family to understanding how lawyers behaved by attending court rooms in person, Shahid had Rao undergo a lot of meticulousness.

And here is my Guest appearance from #Raabta.Thank you @georgetroester and our very own #DirtyhandsStudio

But even for all his dedication, it was Rao’s transformation into a 324 year old Mohak for the film Raabta that remains one of his stand out performances.

For someone who has the caliber of pulling off an entire film on his shoulders, Rao has also done quite some cameos. Anurag Kashyap’s Gangs of Wasseypur 2 and Aamir Khan’s Talaash saw Rao playing cameos purely because of his admiration for the two cinematic geniuses.

While Rajkummar also had an uncredited cameo in the movie D-Day where he lend the voice of Zoya Rehman’s (Huma Qureshi) husband over phone.

Met the superstar, who inspired me to be an actor. Thank you SRK :)

Rao looks up to Shah Rukh Khan as his inspiration, for someone who could make it big from outside the industry, there sure was hope for him.

Surprisingly, Rajkummar Rao is a pretty decent dancer and he himself has confessed to it. The actor had in fact started his career as a stage dancer! And we thought good actors can’t dance somehow!

This one is special. #HottestVegetarian celebrity 2017. Thank you @officialpeta #PETA

Like his contemporary Kartik Aaryan, Rajkummar also is a pure vegetarian and refrains from smoking and drinking. Rao’s abhorrence of all things ‘unsanskaari’ also led him to be named PETA’s hottest vegetarian celebrity in 2017.

Even his intense professionalism and prolificness as an actor could not land Rajkummar the role of the protagonist in NH 10. The reason- Bollywood actress Anushka Sharma wanted someone of her ‘liking’ to do the part opposite her in her debut production!

Fashion industry in India had an incredible journey over the years... 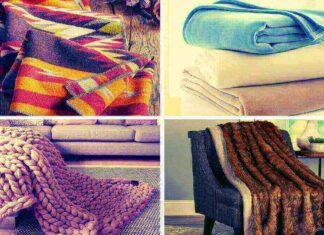 Blankets of a better built

The 12 New Year resolutions we should not include in our...