INNFINITY
Home Entertainment The designer diva of Bollywood: how Gauri Khan made her own identity... It’s easy to lose oneself to obscurity when there is a constant overshadowing of who you are and the identity you carry. Even when you have your chance brush with fame, not many are resilient enough to not be intimidated by such new found fortune. Being content is a virtue that bodes well for a happy life but it also has its limitations- when you are at peace with the way you live and resonate by the name of some other entity, you virtually put your own existence at stake.

In such cases moulding your own identity and stomping your authority- both on and with it- is something that stems from a strong conviction of your own self as well as of how aware you are about your worth as an individual. Specially when you inhabit a world that shines with the glitz and glamour of Bollywood, it’s even more imperative to not get too carried away.

Gauri Khan, one of the most well known women persona in the country is more than your mere Bollywood ‘celeb’wife’ staple. For long she might have resonated with the tag of being the better half of Bollywood Badshah Shah Rukh Khan but Gauri Khan is an identity by herself. She exudes exuberance in that radiant smile of hers, walking in a persona as enigmatic as can be, visibly shy yet in no way wavering of the myriad presence that has been her world since forever.

Stardom might have come naturally to Gauri Khan but she hasn’t been the one to be basking in some glory that did not stem directly of her being. Indeed, with SRK, Gauri Khan had been as much of a force to reckon with. As the co founder and co owner of the production company Red Chillies Entertainment and its subsidiaries, Gauri Khan’s presence in the film circuit can be traced back by almost two decades. She has been associated with many successful films in Bollywood in her capacity as a producer. From the Filmfare nominated Main Hoon Naa and My Name is Khan to making cameo appearances in productions like Om Shanti Om and Happy New Year, Gauri Khan has been quite a visible figure in tinsel town. Even when she is not actively involved in projects that seemingly matter, she more than does her part. A very supportive wife, Gauri has been the pillar of strength for Shah Rukh throughout his career and the gentleman that he is, SRK misses no opportunity to wax eloquent about how Gauri has changed his life, for the better.

Indeed, Gauri has been the constant in SRK’s life. From his struggling days to his time of unhindered rule in Bollywood, Shah Rukh owes his all to Gauri. And that’s not even all this wonderful woman has to boast about. 30 years as a couple and Bollywood’s powerful pair has had very few controversies. In fact, it is indeed to their credit that they have managed to keep their private life just the way it is supposed to be- private. While for SRK, the task is relatively cut out given that he has a so very adept partner in Gauri who makes it a point to flaunt for the media only once in a while. This perhaps stems from Gauri’s reticence as a person to be in focus, all the time. Like many other star wives, Gauri sure could have made her career as an actress in the star studded industry with such considerable influence by her side. But it is to her credit that she chose to chart a path of her own instead of diving headlong into the band wagon of glamour heavy presences that Bollywood is so steeped in. It’s as much her dynamism as it is her constrained nature that Gauri Khan has evolved into a woman with a distinct sense of authority, impacting with an identity that admirably does not owe much to her husband’s legacy.

It isn’t that Gauri Khan’s image as an interior designer is not well known. In fact, her brilliant manifestations of many things artistic has firmly established her as one of the leading designers in the country. Her foray into designing, though passionate, has however been influenced. An alumnus of the National Institute of Fashion Technology, fashion and design were more or less rooted in Khan’s persona. She does indeed possess a flair for creativity, but it wouldn’t have been something that marked her existence if it weren’t for good friend and celebrity interior designer Sussanne Khan. Sussanne instantly realised the many imaginative pursuits that followed so innately from within Gauri that she goaded her into following designing as a profession.

Even then, it would be wrong to entirely attribute Gauri Khan’s diverse display of inventiveness as something that found expression only with backing. In fact, Khan had made known her artistic prowess back at the time when Mannat was being renovated. The lady was so inventive in her instructions with the architects that her creative sensibilities was indeed also a realisation for her. But it was only when Khan began working with Sussanne that she found the means by which she could freely let her ideas make impression, unhindered and unbounded. It wasn’t also Khan’s first professional experience in the filed. Having studied art in school, Gauri Khan also had worked as a graphic artist for some years before finding her destiny making inroads into the celebrity realm.

Furthering the creative expression that comes so naturally to her, Khan went a step ahead by opening her unique concept store in 2014. The Design Cell in Worli, Mumbai is one of the finer manifestations of just how ingeniously artistic vibes resonate well in Khan’s collections. The unique studio is as much an extension of her personality as her aesthetic eye, with influences from across the world beckoning a awe inspiring experience in- store. True to its name, the studio is a breath taking montage of exquisite collections, that sync even in its incorporation of more than a multitude of elements. That’s essentially where Khan’s sensibilities find expression in- a keen eye for aesthetic detailing coupled with an intense understanding of what appeals to the senses. Acquired through her long and detailed travel sojourns in different parts of India and the world, Gauri Khan takes pride in her taste, which finds wonderful expression in her many artistic ventures.

While The Design Cell perpetuated Khan’s artful sensibilities, her flagship store Gauri Khan Designs spells things more ambitious. With collaboration with reputed international names like Roberto Cavalli and Ralph Lauren, the store is a wonderland for those obsessed with eye catching home accessories. The aesthetics have a subdued sense of glam all about while luxury inevitably is encountered in every nook of the gorgeous place. Undoubtedly, every design of Khan draws considerably from her glimpses of architecture over the world, which she has masterfully incorporated in many of her designs. Inimitable and opulent, Gauri Khan Designs is an encompassment of the woman herself- of subtle glam and of a classic existence that makes the place as enticing to visit as the many designs that you can pick up from there, conveniently and minimally.

To say that Gauri Khan is more than just her designs would not be a fallacy. Her personal style translates as much as the aura she is resplendent in as her many achievements on the world stage. The recipient of the prestigious Excellence in Design Award in 2018, Khan was also one of Fortune magazine’s “50 Most Powerful Women” the same year which speaks volumes about how she has evolved over the years from a star wife to being a star herself. And that’s not just about all of her tremendous style essence. The very talented designer was invited to showcase her deigns at the prestigious Maison et Objet show in Paris as early as in 2016, just a couple of years after she set out professionally to define herself.

The First Lady of Bollywood as she had been christened by Vogue India after featuring on its 2008 cover, Gauri Khan sure has come a long way to put forth her contention as the foremost celebrity interior designer in India. From radically redesigning Mannat to the haven of opulence that it is to doing homes of celebrities like Karan Johar, Jacqueline Fernandez and Siddharth Malhotra and other high profile clients like Mukesh Ambani among her ranks, Khan has virtually scaled every height in the design world. Her passion for designing comes also with a focus, one that makes her transform every home she touches into an abode of luxe comfort and eclectic joy. Relying on her own life experiences to churn out designs that are very realistic yet incredibly dreamy, Gauri Khan knows how to do style best- bespoke and timeless, and with such panache for the senses that will leave you gasping for breath. A vision to behold- surreal and grand, Gauri Khan has weaved her starry aura to spin out tales of charm and oomph, all while stomping her own mighty identity! 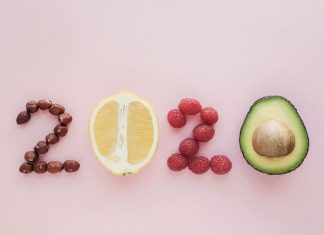