A movie made for children almost 50 years ago, yet so relevant in today’s world with its messages on anti war and the oh so prevalent caste system that continues to plague the Indian sub continent. The song and dance of four ghosts that appears somewhere in this movie, “Goopy Gyne Bagha Byne” clearly shows the four different classes of the Indian caste system with the ruling Brahmins and their counterparts lower in the range. The most interesting and relevant part of this ghost dance is its ending where the movie maker shows the four classes in a row with the Brahmin priests at the bottom of the row and the common man at the top…a strong message claims the critics while Satyajit Ray always brushed it aside by saying that he never thought so much while creating the movie…”it was a movie for children,” he says.

The anti war song in the movie also has the same stance from both the quarters…critics have evaluated and re evaluated the lyrics, the composition and the message that it carries while the brilliant filmmaker is nonchalant as usual! Whatever maybe the case the song sure carries some strong lines….

Nations….Only lead To death and destruction….Why then are you Fighting This War…?”

Yes, why then are you fighting this war…completely relevant in today’s world!

This movie is adopted from a story written by Satyajit Ray’s grand father Upendra Kishore Ray  Chowdhury, about two tone deaf musicians, Goopy and Bagha, both terrible in their art of singing and playing the drums. They meet each other and form a friendship before landing up in the Kingdom of Shundi as the court musicians. In between this journey, these two friends have several encounters of the mystical kind with ghosts who grant them boons of getting food by just clapping their hands and also of being able to travel to exotic lands by wearing magical shoes – a total delight for the children, yet the critics keep claiming that the film carries very strong messages for the public. Considering the film to be a “magical fantasy for children” it was ahead of its times…especially in the regional cinema scape of Bengal wherein a film without the love- romantic angle, sans a heroine was completely unheard of during those days. Ray’s brilliance, however overtook all these and the film became a part of the colloquial existence…the songs, dances, story, dialogues and most of all the characters Goopy and Bagha became a part of the Society.

History got created with the use of animation in regional cinema and although the foreign reviewers were a tad too harsh on Satyajit Ray’s depiction of the film as a children’s movie, the film did extremely well in India, winning national awards besides capturing the box office as well.  Thereafter there have been various remakes on the film, together with sequels as well as presentation in other art forms..like short stories, puppet shows, plays, dramas, television serials and more recently an animated movie!!

The Spy says, “ they have nothing, no arms, no line of defence..”

The Prime Minister asks, “Then, what do they have?” (With disbelief)

The Spy replies, “ Khete phashal aache, gaache phool aache, phol ache, paakhi ache, deshe shanti ache…” (The fields are heavy with crop, the trees laden with flowers and fruits, there are birds and there is peace) 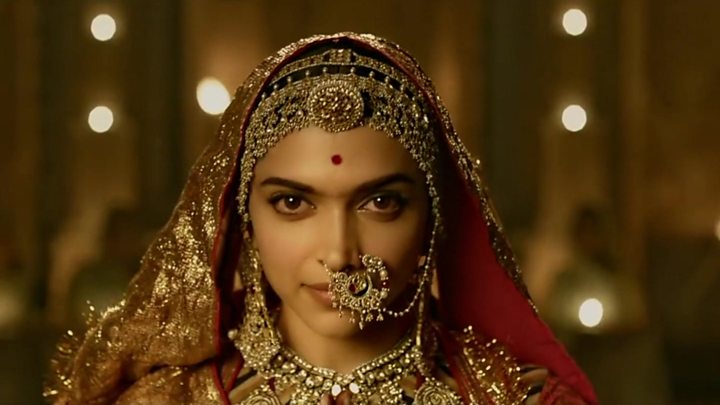