It’s been quite a while since the K word has penetrated deep into the cultural realm of many Asian countries including India. Be it K beauty, K pop or K drama, the Korean influence on mainstream existence in the present day cannot be nullified. In its wide ranging variety of content, exotic charm and a feel that is somewhat dreamy, Korean dramas are all the rage worldwide. And there obviously are those handsome actors with looks so stunning that have us swooning over their characters and persons long after we are done binge watching them. No wonder in their worldwide popularity, these Korean actors have emerged to be highly revered and highly paid celebrities. Here’s the 2020 compilation of the highest paid Korean actor who deserves all the bucks they make-

It has been almost a decade now since South Korean actor Kim Soo Hyun became a phenomenon, gaining over the years not just fame but also credibility to emerge as the highest paid celebrity. As the male lead in the romantic drama It’s Okay to Not Be Okay, Soo Hyun is reportedly receiving of a whopping USD 165000 per episode to catapult him to the top of the list. A regular in the K drama wave that has been gripping the world, particularly Asia of late, the 32 year old actor is also as familiar a face in the Korean movie industry.

From action to romance to thriller, he has done it all. And there’s no stopping actor Hyun Bin when it comes to taking on his trade with elan. With the lead role in one of the highest rated Korean drama of all time to his credit, Hyun Bin emerged as a superstar through the 2005 romantic comedy series My Lovely Sam Soon. Seamlessly transitioning between the parallel realms of cinema and popular Korean shows, it didn’t take long for Hyun Bin to establish himself as a dedicated actor. His latest starring in Crash Landing on You earned him a handsome USD 84,000 per episode making him the second highest paid Korean actor. A recipient of the President’s Award, Hyun Bin has put in a number of stellar performances throughout his more than a decade and a half long career in showbiz.

A model before venturing to try his luck out in acting is Korean actor Jo In Sung, who after two decades of emoting is now the third highest paid star in 2020. With a flurry of awards in his kitty, including the Daesang (Grand Prize), the highest honor for television at the 2014 APAN Star Awards, Jo has time and again established his mastery over his craft to remain a dominant presence in the Korean realm ever since. With also a host of Best Actor awards to his name for his stellar performances in many a films, here is an actor as versatile in his reputation as he is dashing in his looks. In his earnings that range upto some USD 67,300 per episode, Jo In Sung continues to mint the money with his able histrionics.

It might have taken taken more than a couple of years of playing the supporting element to lead characters for Korean actor So Ji Sub to make his mark but after years in the industry the 42 years old man is now one of the country’s highest paid celebs. Starting out as a model in 1995, the then 18 year old So made his debut with a sitcom before moving on to television and subsequently to films. But it was only almost a decade later that the now decorated actor emerged to be a star not just in Korea but also in Asia.

Now a name to reckon with in popular culture in Korea, So also is the first Korean actor to have an entire road named after him. His image and acting skills no doubt amp up tremendously his brand value, making him a highly paid star. Also a rapper with a couple of singles to his credit, So Ji Sub is a man of many talents. His role in The Secret Terrius set him up for a payment of USD 67,000 per episode asserting his still marketable reputation.

The first Korean celebrity to have a wax figure made in his image at Madame Tussauds, Lee Min Ho’s fan following spans not just his home country or the regions of Asia but also makes him a star in a surprisingly large number of western countries. With such titles as the ‘global actor’ and the ‘hearthrob of billions’, Lee indeed is a phenomenon- one that has escalated the zeniths of fame to rest now in a coveted ‘Superstar’ status!

A prominent presence across a wide range of genres like romance, comedy, action, fantasy and science-fiction dramas, it took Lee half a decade after his debut in 2003 to establish his acting prowess. Since then there has been no looking back for the now 33 year old actor, as he went on to do a number of popular dramas as well as films and web series, apart from releasing a couple of music albums exclusively for his fans. A recipient of the Prime Minister Award for his contribution to Hallyu, Lee Min Ho is a name that has regularly claimed high pay cheques for his name. As the lead in The King: Eternal Monarch, the handsome young gun receives USD 62,000 per episode making him another highest paid actor of Korean showbiz.

The Triple Threat entertainer as he is popular for his exceptional prowess in acting, singing and hosting, Lee Seung GI’s debut was in fact as a singer before going on to gain more prominence as an actor of repute. It was in 2009 that Lee’s casting as the main lead in the weekend drama Brilliant Legacy saw him evolve into the starstruck phenomenon that he is today. One of the most in-demand and popular commercial models and celebrity endorsers in South Korea for his clean image and multi talented persona, Lee has been sweeping off popular recognitions and awards as easily as he has swept K drama fans off their feet with his charisma. His per episode earnings of USD 59,000 per episode for Vagabond makes him the sixth highest paid actor in our all Korean list.

In his handsome looks and charm, Yoo Ah In conveniently hides a man more matured. And that indeed is a lauding of his histrionics that this extremely good looking Korean guy dwells in an aura not just exalting him as a star but rather one wherein lies his true identity as a natural actor. In the vast encompassment of roles that celebrate him both as a film and television star, the 33 year old sure has developed from his teenage beginnings to become one of the most recognisable figurines in the widespread popularity of Hallyu. Also a creative director and gallerist, Yoo Ah In’s commendable command over the histrionics has made him part of a number of internationally acclaimed projects.

Making his debut with a slew of commercials and series, Yoo however fund his true mojo as a natural artiste a couple of years later. Part of universally acclaimed projects like Burning, Yoo went on to be featured in The New York Times’ “The Best Actors of 2018” listing making him the first Korean actor to achieve the feat. A recipient of the Prime Minister’s Commendation at the 7th Korean Popular Culture & Arts Awards in 2016, Yoo is also a philanthropist, making regular donations for a number of social causes. Indeed his star power helps, in earning some USD 59,000 per episode for his last outing Chicago Typewriter, Yoo Ah In is a presence even beyond his talent.

A top Hallyu star, in what the worldwide success of his many works establish him as is South korean actor Song Joong Ki. A little over a decade old in the world of acting, Song’s debut was a period film before he started alternating between movies and telly shows quite regularly. With his elite education background and positive public image, Song is very often the preferred face for a host of endorsement deals that are as lucrative as his high paying acting stints.

Also a philanthropist, Song Joong Ki is an extremely popular star in his country that which has earned him listing as one of the Top 100 Future Generation of Leaders, at #34. Most known for his role in Descendants of the Sun that also served as his small screen comeback in 2016, the 34 year old ‘man of character’ earned some USD 50,300 from each episode of his last drama outing Arthdal Chronicles.

Debuting in 2005 as the youngest male model ever to participate in Seoul Fashion Week, Lee Jong Suk soon took to acting to pursue his passions. From starring in popular K shows to critically acclaimed drama series, the lanky lad capitalised on his acting chops to be the next big thing in the K realm. One of the most sought after leading men in Korean showbiz, Lee is now an actor who is among the highest paid in the industry. His 2019 romantic comedy drama Romance Is a Bonus Book saw Lee minting USD 50,000 per episode to place him ninth in our high flying rich list.

Rounding off the 2020 listing of highest paid Korean actors is the 32 year old Ji Chang Wook. Debuting in musical theatre before moving on to minor roles on television, Ji’s tryst with fame followed some couple of years later when he starred in the 2010 drama Smile Again. He continued to do roles that got as diverse as they could, even donning the villain’s hat in the 2012 melodrama Five Fingers. His charges of USD 42,000 per episode of Backstreet Rookie make him another highest paid Korean actor. 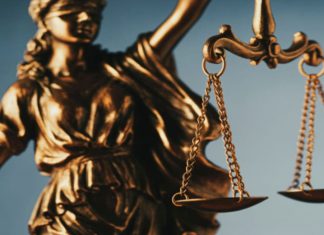 Why we must do what is right not what is easy...