INNFINITY
Home Entertainment Highest paid TV actresses in India who are ruling the world of... Television in India is a riot of emotions. From daily soap operas that spin on and off till eternity, reality shows that dwell in a lot of drama and BTS fun that rakes in all the ratings, the small screen offers big doses when it comes to entertainment. Of course, style and glamour is not compromised on, what with the grandeur of the sets trying to outdo the grace and charm of the cast and vice versa. Visibly then, the Indian television industry is one awash with the money. Actors and actresses here often earn big, sometimes at par or even bigger than the highest earning Bollywood names. Here’s some such of the highest paid actresses that makes TV in India a lucrative career avenue like any other in the showbiz world-

Perhaps the most versatile actress in the TV industry at the moment, actress Sakshi Tanwar is indeed the highest paid name in India. Debuting in 1998 as a presenter on Doordarshan, Tanwar’s more than two decade long stint on the silver screen has earned her not just fame but also fortune. Even with her maiden soap opera Kahani Ghar Ghar Ki, the forever poised actor made her mark to emerge as a household name. Her popularity soared further when she starred in another daily soap, Bade Acche Lagte Hain opposite an equally versatile Ram Kapoor.

Even beyond acting, Sakshi Tanwar has carved a niche for himself when it comes to hosting show in her trademark dignified manner. Having starred also in Bollywood film Dangal among other short films and web series, Tanwar’s wide reaches into the world of acting has meant that she continuously manages to fetch bigger numbers in terms of pay cheque. With drawings of 1.25 lakh per episode, Sakshi Tanwar continues to rule the roost as a sought after actress even so many years into the industry.

One of the most beautiful of TV personalities in India, Jennifer Winget is also the highest paid actress on television. Debuting as a child artiste in the film Raja Ko Rani Se Pyar Ho Gaya, Winget’s next venture in front of the camera came just a couple of years later in another film Kuch Naa Kaho. Her exploits on the small screen began in 2003 with Shaka Laka Boom Boom which very soon paved the path for a successful career as a TV actress. In each of the roles that Winget has portrayed on television over the years, the gorgeous actress has proved her worth by delivering commendable performances.

Be it as Dr Riddhima Gupta in Dil Mil Gaye, Kumud Desai in Saraswatichandra, Maya Mehrotra in Beyhadh or Zoya Siddiqui in Bepannah, Jennifer Winget has stood out in her histrionics. Even as the host and contestant in a number of reality shows, Winget has time and again showcased her diverse talents that has made her so successful a star of the Indian telly industry. No less engrossing than her art is Winget’s physical appearance that has continuously led her to be named among the most stunning presences in Indian television.

Listed continuously by Eastern Eye among its 50 Sexiest Asian Women, Jennifer Winget was also included in Rediff’s list of Television’s Top 10 Actresses while emerging as the numero uno in Times of India’s Top 290 Most Desirable Women on Indian Television. In marking also her web series debut with Code M, Winget has further asserted her image as a woman of tremendous worth. With a remuneration that stand at approx 1.85 lakh per episode, Jennifer Winget sure is among the finest stars of Indian television.

The first television actress of India to have made an appearance in the Forbes list of Celebrity 100, Divyanka Tripathi undoubtedly is among the highest paid TV personalities of them all. This lady from Bhopal started her career as an anchor on All India Radio before she embarked on the glam way. Having been crowned Miss Bhopal, Tripathi made her acting debut by starring in a number of telefilms on Doordarshan after which she gained bigger recognition with a dual role in Zee TV’s drama Banoo Main Teri Dulhann. Her most prominent role has been that of Dr. Ishita Bhalla in Ekta Kapoor’s Yeh Hai Mohabattein, a serial that granted the glamorous lady not just with professional recognition but also a magical love story.

Married to co- actor Vivek Dahiya, Tripathi went on to perform in the dance reality show Nach Baliye with him and even emerged as the winner. With charges of some 1.25 lakh rupees per episode, this celebrated star of the Indian TV industry boasts of a net worth amounting to a whopping $2 million. In fact in being named by Forbes among its list of highest paid Indian celebrities in 2019, Divyanka Tripathi sure is one of the high flying names of television.

Undoubtedly the most visible presence from the realm of TV not just in India but also globally is highest paid actress Hina Khan. In making her debut as the lead in Yeh Rishta Kya Kehlata Hai, the longest running Indian soap opera, Khan definitely had scripted history in even her beginnings. Starring as the much loved character Akshara for a good seven years, Hina Khan went on to cement her place in the television industry. Her role earned Khan a lot of critical acclaim as well as a host of awards substantiating her high earning abilities. Thereafter Khan participated in reality shows Bigg Boss and Khatron Ke Khiladi and emerged as among the most popular contestants of the respective seasons.

Even beyond the small screen, Hina Khan has starred in a couple of films. Debuting with the movie Lines, that which also granted Khan a ticket to the prestigious Cannes film festival, she went on to work in a couple more like Hacked and the Indo Hollywood film Country of Blind. No wonder that with her remarkable career graph, Khan has been able to manifest herself as one of the highest earning tele queens. With a paycheck that amounts up to some 1.5 to 2 lakhs rupees per episode, Hina Khan has emerged to be the highest paid name in television.

Known also for her style sensibilities that has led Khan to be named the Most Stylish TV Actress while winning her awards like the Style Diva of Television Industry and Stylish Personality of the Year. A recipient of the Rajiv Gandhi Global Excellence Award, Hina Khan also appeared on the cover of FHM India December 2018 edition while also debuting as a showstopper at the Lakme Fashion Week the same year.

Another of the long standing presences in the realm of TV in India is actress Drashti Dhami, another name that caters to the highest paid tag. Starting out as a model before starring in music videos and advertisments to ultimately land in soap operas, Dhami has come a long way as an artiste. Dil Mil Gaye, Geet- Hui Sabse Parayi, Madhubala- Ek Ishq Ek Junoon, Ek Tha Raja Ek Thi Rani are names that made her immensely popular as an actress in the country.

In starring also as contestant and host in many popular reality shows, Dhami established herself as one of the most visible faces in the industry. Known for her style statement and fashion sense, celebrated for her beauty and lauded for her craft, Drashti Dhami has been a rather prominent name on the small screen. Charging some 80000 bucks for her every appearance, the bubbly actress remains one of the costliest brands of television as well.

Her unconventional looks and skinny physique might have made Nia Sharma the target of numerous trolls but there’s no trolling the young actress when it comes to her earning credentials. Having experimented with her looks in shows as diverse as Ek Hazaaro Mein Meri Behna Hain, Ishq Mein Marjawa, Jamai Raja and Naagin, the petite lady is a powerhouse when it comes to deliverance.

n her career spanning a decade now, Nia Sharma has been named twice in the Top 50 Sexiest Asian Women List by Eastern Eye. She has also ventured into web series with Twisted, remarkably at a time when not many of her clan were diverting from their typical sanskari tele image to embody something different and daring. Twisted however isn’t the only daring thing Nia has done. She also was a contestant of Fear Factor: Khatron Ke Khiladi in its 8th season while emerging as the winner of the show in its special Made in India limited edition. Charging some 80000 rupees for her every episodic appearance, this highest paid TV actress of India is a definite diva.

In her more than a decade long present in the Indian television industry, actress Sriti Jha is a popular name in the entertainment scene. From debuting with teen drama Dhoom Machaao Dhoom in 2007 on Disney India to still continuing to rule TV screens with her role as Pragya in Kumkum Bhagya, here’s a star notably persistent in her success as an actress- and among the highest paid ones at that. With charges of some Rs 75000 per episode, Jha makes sure her acting prowess does not miss out on the bucks she deserves. Her $1 million net worth makes Sriti Jha one of the richest presences in the entertainment world even as she continues to implore her artistic talents in literature bereft of commercial leanings. A feminist and humanitarian, this soft spoken, elegant lady from Bihar is one of the most enigmatic presences in Indian television.

Another of the icchadhari naagins of the small screen who has mesmerised audiences and fans with her looks, glamour and of course acting is Surbhi Jyoti. A popular TV actress in India, Surbhi Jyoti’s per day earnings of some 75000 rupees makes her also one of the highest paid phenomenon. Starting off by starring in Punjabi films and shows while also dabbling in theater and as a radio jockey, Jyoti is most celebrated for her role in the daily soap opera Qubool Hai. Even as a host, Surbhi Jyoti wowed all with her charm and style. But there’s more to this beauty than what just meets the eye. A three time National Debate Champion, Surbhi Jyoti also holds a master’s degree in English. Having also made her appearance in a couple of web series, this stunning lady is a force to reckon with in the realms of showy stardom. 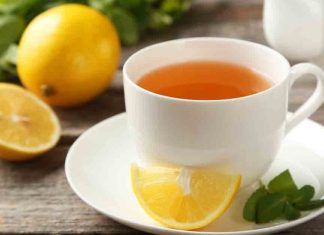 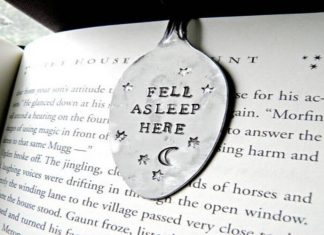 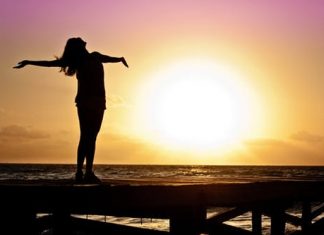