Kevin, Joe, Nick – the teen stars who conquered the hearts of millions of young fans in the early ’90s and are now serenading music lovers worldwide with their comeback. The musical triobrought a breath of fresh air and the only name that reverberated in the concert halls back then was – “JONAS BROTHERS, Encore!” Right from their good old Disney days, fans were obsessed with their style, songs, and brotherly bond. Their innocence was infectious (remember their purity rings!) and that is what reflected in their songs’ lyrics. Their boy-band beauty and back-to-back hits made them the reigning celebrities in no time. But when the brothers decided to part their ways in 2013 to pursue independent music careers, their fans were left shattered.

After their six-year hiatus, the trio reunited last year. Jonas’much-awaited comeback with their new album ‘Happiness Begins’ and an insightful Amazon documentary called ‘Chasing Happiness’ was a gift of nostalgia for their fans. As they embarked on a new chapter of their musical career, their second inningrebranded them as contemporary gentlemen with suave, unlike their‘child star’ days. And what could have been more appropriate than bringing J-Sisters to the spotlight for their epic reunion. Their single titled ‘Sucker’ marked their return, which was graced by the presence of their betterhalves onscreen – definitely a fabulous idea to grab more eyeballs. Hence, their song shot to the top of chartbustersin 2019.

Those were the days! Kevin – the eldest one with the guitar, Joe – the one who led the band taking up the center stage and Nick – the youngest lad among the three (excluding Frankie, obviously). These were the ‘Kids of the Future.’ The cute-looking teenage rockstars with a massive fan following.

They catapulted to stardom with their first album ‘It’s About Time (2006).’ Remember that song “Year 3000“?This single, then another one and so on! Burnin Up, S.O.S., Lovebug, When You Look Me In The Eyes – all of these amazing tracks earned them colossal success.After the trio was disbanded, there was a void in the music industry considering how much people loved them, not only for their songs but their lovable Disney persona.

Let’s travel down the Disney lane

After making several appearances on television, Jonas Brothers were all set to swoon the girls with their unique style by becoming part of the Disney mania.They guest-starred on the popular show ‘Hannah Montana’ and there’s no denying the fact that they were totally adorbs. They also bagged roles in the Disney movies named ‘Camp Rock’(2008) and its second iteration ‘Camp Rock 2: The Final Jam’ (2010).

The siblings came to be identified as the bona fide Disney faces with the show ‘JONAS.’ The TV show followed the lives of rockstars who struggle to be treated normal in school, despite bring immensely popular.However, the show did not receive a great response from viewers and ended with season two, ‘JONAS LA.’ In fact, Jonas Bros revealed in one of their interviews that the series was not a fit for them after first season as it no longer captured the essence of their band.

As the Jonas Brothers were becoming adults, they did not wish to wipe out their pristine reputation,they wanted to establish themselves as more sophisticated men with endearing smiles. Their wardrobe diversified as their sense of style evolved over years. Nick Jonas bid good bye to his curly-locks, and got a buzz cut. Joe was spotted in emo hairstyle (straightened hair) very often, while Kevin always kept it cool and casual.

JB loved their messy hair, hoodies, vibrant T-shirts and curls.Their fashion choices have always been the talking point. But with time, the siblings underwent a drastic fashion transformation. They started donning buttoned up shirts and well-tailored suits, or leather jackets, or experimented with colours and their mustache. Do you wonder where do they get their fashion sense from? Maybe their wives – Sophie Turner, Priyanka Chopra, and Danielle Jonas –have given them some helpful advice in this department!

From wearing colour-coordinated vests to becoming bold enough to embrace floral and tie and dye prints, Jonas Brothers have transformed themselves into gorgeous pop stars with a knack for making their fans fall in love with them over and over again – be it with their music, love life or just their bond! 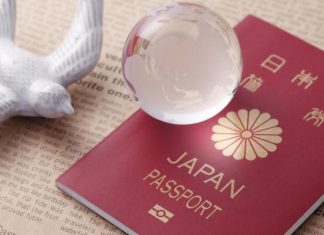 The prestigious ‘purchasing power’ of the Japanese passport 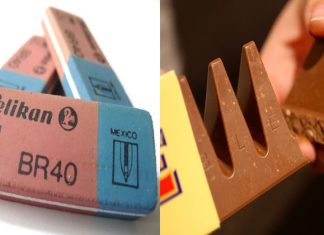 Everyday things we never knew the exact use of