INNFINITY
Home Entertainment Mind the Malhotras shows a mirror to your daily life with a... Among the cluster of web series that have been spacing in on the wide reach of the digital platform for quite some time now, Amazon Prime’s latest offering Mind The Malhotras wouldn’t strike you as offbeat. The Mini Mathur- Cyrus Sahukar starrer would perhaps tug into your consciousness but might not get you just the perfect kick in the feels.

Meet our ordinary little oddball family that is in dire need of therapy! My first rodeo as an actor! Very nervous, proud and overwhelmed as we begin to share this crazy bundle of fun with you! #MindTheMalhotras TRAILER OUT TOMORROW on @PrimeVideoIn @cyrus_sahukar @denzilsmithofficial @applausesocial @sahil_insta_sangha @diamirzaofficial @sameern @nikkiness8 @ananditapagnis #bornfreeentertainment

You might be inclined to think that Mind the Malhotras would at least be a tad different from the other comic family dramas that had shaped memories for most of us 90’s kids. It is, in fact, more than just a bit different from the tele staples of those rosy days of yore. The setting remains stagnat- father, mother and their banter and of course the kids. The family is micro so yeah, no chacha- chaachi, no jeth- jethaani, no saas- sasur is in play- on hind sight though there is the mother in law living distant but constantly going on in over bearing mode, much to the despair of the female protagonist.

Like ever other modern couple, Shefali and Rishabh are constantly goaded by their own issues of very human yet derelict stuff of graver intensity. The younger child does not make things any more easier for this set of parents who are also in ’emotional turmoil’. As they witness yet another couple friend of theirs going through a divorce, Rishabh and Shefali are horrified by what this turn of events might be suggestive of in their own relationship.

And here is the short version of the trailer! PLEASE SEE THE LINK IN Story FOR THE COMPLETE VERSION!!! The holy trinity of every relationship – The husband, the wife and their beloved therapist! If your family is weird .. you got company!! #MindTheMalhotras streaming on @PrimeVideoIn from 7th June! @primevideoin @applausesocial #bornfreeentertainment @sahil_insta_sangha @diamirzaofficial ? @minimathur

As they approach a therapist to coax themselves into believing that all is indeed well, what emerges is a humorous cacophony of bickering and discovering what a cluttered mess conjugal life can be. From a dull sex life attempted to be spiced up by some role- play that failed real bad to a crisis projected as something very concerning but ending up as a farce, a non existent one even at that, Mind The Malhotras would sure have needed some more cooking up to deliver squeals of laughter.

For a series that is the remake of an Israeli show La Famiglia, Mind The Malhotras sets the tempo going with at least a strongly relatable desi adaptation. It also might lend you a solace in that relationships tend to be the same everywhere around the wide sphere of human existence. But the context sure could have been interpreted in a much more appealing way. And given that the series was going into production with a couple together for a decade and a half, things could surely have been much more remarkable and indeed versatile.

Mind the malhotras finally out and all episodes on @primevideoin ??#mindthemalhotras

For the protagonists though, it isn’t half their folly that they aren’t perfect parents. They do indeed try, all within their own inhibitions and uncertainities, but end up arousing smirks or at least grins. Not only they struggle at parenting, they sure do struggle at delivering more than a few wide eyed curves up your face.

The two actors however tries turning tables with their crackling chemistry. As someone who have been friends for so long, the duo bond together on a different comfort level. That for sure shows even in the representation of their characters, as they in fact lend better credibility and humor to the performance. With a better script, their performance could even have elevated Mind The Malhotras into one of those binge worthy of the kind. As of now, however, the show is one that can sure relieve you off your day’s stress but not of your life’s pathos! And for sure it wouldn’t be hyping you up with the couple goals. We think that is kind of a relief though. Perhaps that’s just the best part about Mind The Malhotras- they don’t try to go overboard with the fanciness and chose to stick to reality in a way that wouldn’t let audience actually mind the Malhotras as had perhaps been anticipated. 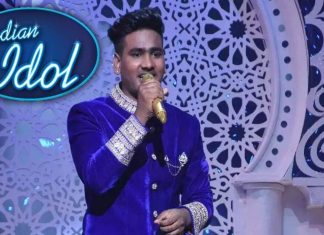 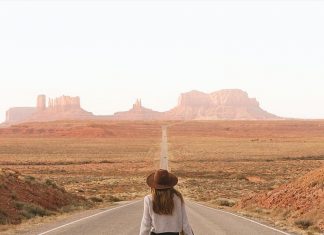 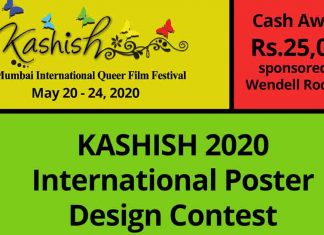