INNFINITY
Home Entertainment Naveen Polishetty: life of an engineer turned one of a kind actor

Spontaneous and somewhat goofy, AIB’s web series star Naveen Polishetty is a name that might not strike a chord in your brains immediately. Unsurprisingly though, for someone whose claim to fame has been as the viral actor (and the monologue that followed), it was Naveen’s enactions that gained from the prejudice of his identity rather than his own name.

Ye lijiye sir. Aa gaye hum Instagram pe. Ab bataiye. Do I have the potential to be a slave of this esteemed app.

Naveen Polishetty was born on 27th December, 1989 in Hyderabad to a Tamilian family of IITians and engineers. He was bitten by the acting bug at a rather young age of 6, after he had played the role of a bartender in a play. However being born to a father who was into the pharmaceutical business and a banker mother, Polishetty had to proceed to complete his education by securing a degree in engineering even with his serious penchant for acting.

With a GPA of 8.12 in civil engineering from the Maulana Azad National Institute of Technology in Bhopal, Naveen began working as a software engineer in a company in Pune. However, he quit the job quite soon and took off to Mumbai to rather hone his acting skills.

The struggle in Mumbai however made Polishetty realise how difficult it would be to pursue acting as a career. Thereafter, he started working in a telecom company in England but quit as soon as he had realised that it was indeed the creative arts that was his call.

Naveen flew back to India and started attending acting workshops in Bengaluru. He moved to Mumbai in 2014 where he hosted live events and was into sales as well. Though he had always wanted to be in theater, he lied to his parents that he was up for an MBA and was in India only for vacation. From ranting on about the miseries of his life as a stand up artist to opening for AIB and finally getting to perform for them, day in and day out, Polishetty has surely worked his way up the funny guy ladder to emerge as an actor who can entice laughter and humour with his entertaining acts.

Naveen Polishetty has since been the face popping throughout in a ton of AIB videos. Beforehand he had also acted with different theater companies in Bengaluru, Hyderabad and Chennai. Naveen played one of the leads in Chetan Bhagat’s Five Point Someone and had performed acts in Singapore and Bangkok. Interestingly, Naveen had to trudge over the tough days by acting in ads as also a voice over artist.

Naveen shot to fame as an internet star after he had people in splits with his numerous AIB videos. His monologue in AIB’s Honest Engineering Campus Placements made him a viral sensation as he played the role of Average Mishra to perfection.

What a week this has been. A big thank you to each and every one of you who reacted so kindly to the speech. Kaha the yaar tum log itne saalo se :p like the gr8 Gopal sir once said ab aa Gaye ho to chipak ke khade ho jao :) if you still haven’t seen it link is in the bio let us know what you think. Our writers are the reason why this speech came out the way it did. Long way to go but just wanted to thank you guys for the encouragement. Love you. Ummmahh.

Be it as a comforting sexologist in Man’s Best Friend or an honest chaiwala in The Demonetization Circus, as Anup Phony in Chindi Crime Patrol or as a prospective entitled groom in Honest Indian Weddings, or even as Irrfan Khan’s exaggerating manager in Every Bollywood Party Song, Naveen Polishetty has truly aced the goofy yet relatable guy through his every character.

Other web series and stint with TV

Naveen has been the star of a Cheers show- Half Day|The Viral Office Rant: What’s Your Status for which he received the 2018 Digital Hash Award for the Best Actor.

Thank you @thedigitalhash for sending this over . Best actor award . I was thinking I will someday win under “Best tears in an emotional scene in his bathroom while using shikakai ” category but best actor is cool too :) I can’t believe I don’t have to return this #DigitalAwards #FirstAwardEver #Halfday #whatsyourstatus

Naveen’s work with AIB got him noticed by the team of TV series, a crime thriller called 24 where he ended up playing the central role of Kush Sawant alongside Bollywood’s evergreen hero- Anil Kapoor. Polishetty also did Chinese Bhasad, a web series produced by Viacom that streamed on Voot.

A Telugu who had been enchanted by the world of histrionics since childhood, Naveen Polishetty has also starred in films like Life is Beautiful, D for Dopidi and 1-Nenokkadine before obtaining his big break by starring in Agent Sai Srinivas Atreya that released in 2019.

More than a decade after setting out to translate his dreams into reality, Polishetty is all set to make his big Bollywood debut this year with the film Chhichhore co starring Sushant Singh Rajput and Shraddha Kapoor, after having already acted in the 2010 movie Shor In The City.

A journey as remarkable as the one scripted by this young lad is one of grit and determination. Polishetty’s inspiration and attitude is one that needs to be inculcated by generations altogether. His Honest TedX talk is a celebration of all things that has your fancy, and that you indeed set out to achieve, free from all expectations and anticipations.

For a comedian who views the entire world as funny, Naveen’s struggle story might even be heartbreaking. From staring at people so that they would at least begin to recognise him to honing his skills in every possible sphere, Polishetty has sure displayed enough dedication to make every moment matter.

What renders Naveen Polishetty and his experience a resounding realisation of sorts for the masses is his somewhat ‘toned down’ struggle. With a job in London at a time when economic conditions were rough, Polishetty had things somewhat sorted for him. Even when he struggled, he wasn’t without a job. On the face of it therefore, Polishetty’s story is one that would seem as only partially ‘intimidating’. Yet, as the man who came closer to his real dream after a massive 1500 auditions and years of uncertainty, Naveen Polishetty sure deserves all the accolades finally coming his way! 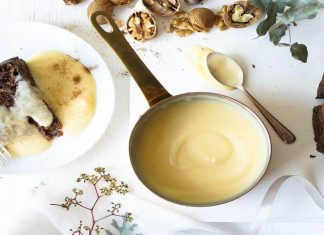