Thrill is perhaps one thing that drives human mind to the zenith of creativity. The world of the dark and the gore has forever sparked a pursuit in men that transcends all notions of fear and apprehension- rather generating a kind of excitement that has very often been translated diversely.

Pablo Escobar, the Colombian drug lord and notorious narco terrorist, has been much dreaded in his lifetime but also particularly celebrated when it comes to his depiction on digital media. And the one series that turned this criminal overlord into a popular figure has undoubtedly been the crime drama web television show Narcos.

Narcos, an American series became a Netflix hot favorite immediately after it premiered on the platform as an exclusive series. Debuting the first season with 10 episodes, Narcos went on air from August 28, 2015. Thereafter, the second season premiered a year later on 2nd September, again with ten episodes.

These first two seasons shot and filmed in Colombia followed the story of the drug kingpin and his interactions particularly with the Drug Enforcement Administration (DEA) agents even as he pursued the production and distribution of cocaine.

On the other hand, the third season which premiered on 1st September, 2017 continued Escobar’s story after his dramatic fall and follows the activities of the DEA as they continue unhindered with their pursuit.

July 18, 2018 announced a further season for the crime drama, which would however be ‘reset’ as a Netflix original series. Set to be released later this year, the fourth season titled Narcos: Mexico will be set in the Moscow of the 1980s.

As Pablo Escobar begins his journey as a up and coming manufacturer of cocaine, Season 1 chronicles his life from the late 1970s onwards. An American DEA agent working in Colombia, Steve Murphy elaborates on the life and experiences of the Narcos leader as he got involved in the trade in the state of Colombia.

An established black marketeer in Medellin by the time he embarked on the cocaine business, Escobar was introduced to an exiled underground chemist from Chile, Mateo “Cockroach” Moreno. They went into business together, with Escobar distributing the new profitable drug ‘cocaine’ that Moreno had begun producing.

Expanding beyond Moreno’s small cocaine processing lab to set up a business that would go on to fetch billions., Escobar, with additional and bigger labs exploring bulk production of the notorious drug, and the expertise of Medellin co founder Carlos Lehder, succeeded in setting up a successful business venture by transporting the drug to Miami.

As the American market grew in prominence as a profitable exploit for the dreaded drug and with drug related violence escalating in the States, the DEA was put into action to address the growing concern.

Murphy, along with partner Javier Pena, was tasked to work with Colombian authorities to put an end into the unchecked flow of the drug into the States.

The series however ends with a supposed victory of Escobar, as he manages to escape from prison.

Continuing from where the first season left it off, Pablo Escobar and his entourage are found by soldiers outside of La Catedral. Escobar however escapes an arrest, courtesy his notorious reputation. With the CIA being brought into the scheme of affairs, there arises troubles for the drug lord. With additional pressure mounting on the government to capture him, Escobar finds his resources and loyalties slipping away as he finds himself increasingly trapped in the vortex of the law.

With shifting loyalties, Escobar had to make attempts to adapt to his new found way of life, while resorting to violence and indulging in battles with the Colombian police. With unrest and tension rising in the country, agent Pena embarks on a secret killing spree of Pablo’s most trusted aides, while claiming responsibility under the name of Los Pepes.

Escobar ultimately resorts to being on the run with his bodyguard. The DEA and military ultimately tracked him down via radio triangulation, cornering him in the house where he was celebrating his 44th birthday.

In the ensuing encounter, Pablo Escobar was hit twice. And though he might have survived the bullet onslaught, he was executed by a Colombian policeman Trujillo.

Pena, on the other hand, is celebrated as he returns to the US and is subsequently seen in the series providing information against the Cali cartel.

Season 3 starts after the death of Escobar and follows the DEA’s fight against the Cali Cartel. Without the competition and terror generated by the former drug lord, the Cali Cartel witnesses a booming market. However taking the world by surprise, the cartel announced its decision to leave the drug business to enter into the world of legal business.

The decision was obviously met with mixed reactions and with continuing fight against cartel leaders, the Cali cartel saw a decline in its power. However, the twist in the tale behind the operation of this particular cartel revolved around bribing government officials to keep the illegality of their activities out of monitoring of the public eye.

Even without the lead character of Pablo Escobar, season 3 still managed to thrill with its premise of significantly dark business exploits.

The new season is expected to be a spinoff, concentrating on the infamous Gaudalajara Cartel and its rule over the drug trafficking business. This time around it’s not Pablo Escobar but another drug boss Miguel Angel Felix Gallardo, who is essentially similar to Escobar, what with his concentration on his own ambitions even as he remains loyal to everyone else.

With the teaser of the 4th season generating anticipation for the unraveling of another thrilling crime drama, Narcos, even if it’s in Mexico, still remains one of the widely awaited Netflix series in the near future.

No doubt, Pablo Escobar as a dreaded criminal and druglord has forever been despised. But even in the face of the reign of terror that he had unleashed with his shrewd sense of business in the illegal domain, his life chronicle in the form of Narcos has managed to capture world attention and remains one of Netflix’s most favorite original series. 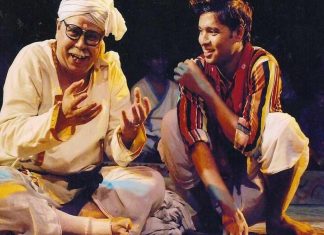 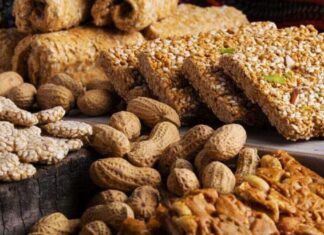