Michael Jackson might be one among the most loved of mass entertainers ever, but if venerating your idol for introducing one of the most iconic moves– The Moonwalk- is your ultimate claim to super fandom, then you might have well got it wrong!

For, while Jackson is revered and deitified, and he undoubtedly deserves all of the attention and accolades he has been subjected to, attributing a move as iconic as the one he glorified as the subject under his sole trademark might cause, you know, mayhem!

Well, let’s not be so dramatic outright! Obviously, anything with a cult status will be subjected to multiple claims and objections. And MJ isn’t any different.

Specifically, when it’s a move that has forever changed the realm of world pop music and entertainment, the stakes would be significantly higher. And surprisingly, the claims aren’t much disputed as well.

MJ’s iconic 1983 performance at the Motown 25 ushered in a revolution for a whole generation of fans who swooned at every breathtaking dance move with which Jackson rocked the stage. There were numerous renditions of the feet and body that lend the show its cult status while beckoning gaping audiences into flowing with the reverie encompassed.

A 24 year old lad crooning away his path breaking music while titillating crowds of enthusers with awe and charm is nothing short of a phenomenon. But that should not serve to take anything away from the fact that the much hyped, much iconic dance move is a mere modification and not so much of an original invention.

So where does the origin and claim to fame of the Moonwalk rests? The history is a long list of events and though every contributing artist had done much to elevate the gliding and sliding style into the epochal move that it is now, the artist most associated with this legendary approach to dance is tap dancer Bill Bailey.

With a tap routine that concluded with backslides into the wings, Bill Bailey made an attempt at what is now known as Moonwalking, but perhaps would have been more adequate had the move been termed Backsliding.

Bailey’s 1955 performance at the Apollo was a take forward of the dance move that he executed in his 1943 film Cabin in the Sky. MJ’s move is, however, a refined version of Billy’s foot play and is clearly finesse redefined. And while Jackson did exalt Moonwalking into the phenomenon that it is today, an even more ‘accurate’ version of the same exists. That ingenuity has been the manifestation of David Bowie in his opening moments of the performance in Aladdin Sane.

But perhaps Jackson’s interpretation of the Moonwalk can be attributed to yet another person- street dancer Jeffrey Daniels from whom MJ acquired the tricks of this particular dance trade. And the ‘proclamation’ isn’t just a random guess work; Jackson’s own sister LaToya Jackson credits Daniels as coming over to teach the move to her illustrious brother, who acquired it quite well and made it his own.

Jeffrey Daniel had been a former Soul Train and Solid Gold dancer, and has been instrumental in incorporating the elements of the now signature move in a way that is characteristic of Jackson’s flair and charisma. No wonder then, that some of MJ’s other stupendous tracks like Bad and Criminal are featured on videos that have been choreographed by Daniels.

But Daniels is reluctant to take credit for being the person who introduced MJ to the exemplary dance move. He rather endows it upon one member of the dancing group The Electric Boogaloos, but admits that he made modifications upon what had been more of a scoot thing. Expanding to cover the entire stage with long strides that served to emphasise the whole quotient of illusion, it was Daniels who aced the move while relying on Jackson’s extraordinary execution skills.

But just the mere fact that Michael Jackson’s Moonwalk is a recreation of previously executed dance move does not take away any credit from the singer- performer for whom perfection was a matter of necessity. Indeed, in delivering a different dimension altogether to probably one of the most well known dance traits, MJ succeeded in establishing himself as the ultimate entertainer of time. Creativity draws upon from various quarters and what the legendary Michael Jackson did as he justified his tremendous popularity and reach is only natural and enlightening. Now, that’s what geniuses are made for! 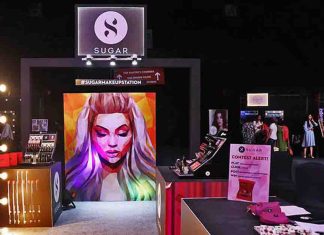