Punjabi singers has forever been a very prominent presence in the entertainment industry in India. Be it the lively appeal of Punjabi music or the versatility of their singers, the musical scene in our country invariably blesses us with tunes and notes from the vibrant land of Punjab. No wonder, Punjabi singers and musicians are celebrated throughout the lengths and breadths of India, and even globally. In their immense popularity, almost every Punjabi singer rakes in enough of the moolah to make also for some of the richest presences n the country. Here’s taking a look at such Punjabi singers who are incredibly rich and bhangra all their way to the banks-

One of the most legendary names in Punjabi music, singer Gurdas Maan’s four decades long presence in the industry has earned him enough accolades and wealth to make him among the absolute richest in the business. Also an actor and a choreographer, Maan is the only Punjabi singer to win the National Award for Best Male Playback Singer for building the entire narrative through his singing of Heer in the 2006 film Waris Shah: Ishq Daa Waaris. The film also received international acclaim, and Maan’s stature at the global stage continued to expand thereafter. The celebrated artiste has also been the 2009 recipient of the “Best International Album” at the UK Asian Music Awards for Boot Polishan.

Incredibly versatile in crooning timeless melodies across genres that vary in between extremes like dance numbers and romantic melodies, mellifluous tunes and vibrant beats, Sufi mystic numbers and enthusiastic Punjabi notes, et al, Maan has remained a iconic presence in his musical sensibilities. Effortlessly fusing the classical with the contemporary and the western with the Asian, Maan has succeeded in delivering his own distinct musical style. In bringing forth such a blend of heartfelt emotions that speak of the universality of music itself, Gurdas Maan is in fact one among the legendary Indian musicians ever. Unsurprisingly therefore, his net worth of a whopping 50 million dollars makes him the richest Punjabi singer ever.

Yo Yo Honey Singh

As one of the highest paid artists in the music industry of India, rapper Yo Yo Honey Singh resides very much in his mainstream Bollywood image. Which therefore places this of the successful Punjabi artists also among the lot of the richest singers in the country. Indeed, with a net worth of $25 million, Singh surpasses even some of the stalwarts in Indian music as far as the riches are concerned. From staring out as a session and recording artist to becoming a Bhangra music producer and finally finding success with Punjabi music and even greater fame with Bollywood, Singh’s journey to being the richest singer has been one marred by struggles and controversies. In churning out some peppy hits and also a couple of toppers in the BBC Asian charts, Honey Singh however continues to enjoy mass popularity.

But inspite of his massive appeal as perhaps the frontrunner of the new found wave of Indian rap, Singh has received constant criticism for his songs. Most of his lyrics blatantly objectify women that which has rendered him somewhat of a negative image. Notwithstanding the multiple dents on his reputation however, Singh has been constantly belting out chartbusters in Bollywood. His celebrity image also led him to debut in Hindi films with The Xpose, which however was among the massive box office flops of Bollywood.

One of the leading artists in the Indian music industry, Diljit Dosanjh is among the richest singers in the country. Starting off with his music in the Punjabi artistic realm, Dosanjh very soon rose to prominence not just as a singer but also as an actor. Be it Punjabi films or Hindi movies as well as Punjabi music within the realm of Bollywood, Diljit Dosanjh is one of the most visible celebrities on the national stage at present. Enjoying also tremendous global personality, in fact being the first turbaned Sikh to boast his own wax figure at the iconic Madame Tussauds museum, this multifaceted personality is the man behind the soulful hit number Ikk Kudi from his hit Bollywood debut, Udta Punjab.

In delivering party anthems and heart touching renditions, Dosanjh indeed has proved his versatility as an artiste within a short span of time. With also some big brand endorsements in his kitty, this Punjabi singer is among the richest of the lot with an estimated net worth of some 16 million dollars.

One of the highest paid celebrities in India as per the Forbes India Celebrity 100 listing, rapper Badshah might not consider himself a singer per se but his many playback numbers have established him as an artist contrary to his expectations. His many chart topping numbers have firmly put Badshah as among the more popular entertainers in India which has also contributed in making him a Punjabi singer well among the country’s richest. A Bollywood mainstay currently, Badshah started out alongside Honey Singh before diverging to chart his own path. Known for his trademark personal style that stems from the genre of rap music he mostly dabbles in, Badshah is a rich star with a net worth of a 15 million dollars.

One of the longest thriving presences in the Punjabi music industry, singer Babbu Maan is one of the richest when it comes to money as well as talent. With a debut in 1999, Maan’s career in music spans well over two long decades establishing him also as a highly successful artiste. His 2013 Punjabi album Talaash: In Search Of Soul found listing among the top 10 in World Albums chart by Billboard while his many Bollywood songs have also been as well received.

Another Punjabi name that is as much of a biggie in the Bollywood industry is that of singer Gippy Grewal. Like many of his contemporaries, Grewal treads the dual trails of singing and acting with panache, across a range of projects in both the Punjabi and Hindi entertainment industries. Angrezi Beat might be his most popular score ever, that which was featured in the 2012 Bollywood movie Cocktail. In the realm of Punjabi cinema, Grewal has been a part of films that has recorded the highest openings as well as highest total collections. With so much credibility on tow, Grewal indeed has the coffers flowing for him that which has amassed him a net worth of some 5 million dollars.

An estimated net worth of about 4 million dollars makes Punjabi singer Jassi Gill another of the richest names in the musical scene. Making his debut in 2011 and following it up with inroads into films in both Punjabi and Hindi aside from his melodic ventures, Gill soon gained recognition as the affable lad much loved for his music and his acting roles. Things however did not come easy for Gill as he had to wash cars in Australia prior to becoming the big phenomenon that he is today. And that’s perhaps what makes his present day riches all the more significant a success for Jassi Gill.

One of the most successful of Punjabi singers even in Bollywood, Guru Randhawa is also a high earning artiste. The Dadasaheb Phalke Awardee for most Trending Personality of 2019, the High Rated Gabru has been following in the footsteps of fellow Punjabi munda Diljit Dosanjh both in means and money. With some really popular songs like Suit Suit, Tu Meri Rani, Patola, Lahore to his credit, Randhawa has amassed a net worth of some 3.8 million dollars to emerge as the richest new age Punjabi singer. In also collaborating with American songster Pitbull a couple of times, Randhawa sure has established himself as one of the elite musical personalities from Punjab.

One of the most promising of new age names in the Punjabi music circuit, Jass Manak is astonishingly also one of the most decorated. Be it in his finances or in his fame, this 21 year old singer is only some few couple of years into the music industry professionally. But within this short period of time, Manak has churned out global hits. Particularly, it is his hit single Lehenga has featured on the UK Asian Music Chart and also the Global YouTube weekly chart. Also a songwriter, the young lad has written most of his songs, notable among them his another single Prada that had been named the Best Song of the Year 2019 at the Gaana Mirchi Music Awards. With a net worth of $3 million, singer Jass Manak is already one of the richest celebrities in Punjab.

With a net worth of $2.5 million, Harrdy Sandhu is another Punjabi singer well among the richest of the lot. From crooning away melodies to starring in music videos and also in films, this talented artist has time and again exhibited his versatility when it comes to his music. Spanning his range of expertise is the soothing Soch from Airlift, that which is a diverse genre altogether when it comes to his another hit Naah Goriye from Bala. In delivering melodies with as ease as he does zesty numbers, Sandhu has stood true to his popularity as a musician after having to let go of his passion for cricket.

With fourteen of his songs listed on the UK Asian chart and seven in the Global YouTube music chart, Punjabi singer Karan Aujla has risen in popularity ever since he made his singing debut in 2016. Included in music app Spotify’s 2019 list of most popular artists in Punjab, this young talent drive homes the riches as well with his popularity with an estimated net worth of about a million dollars. 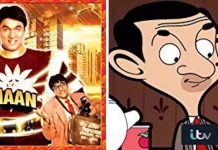 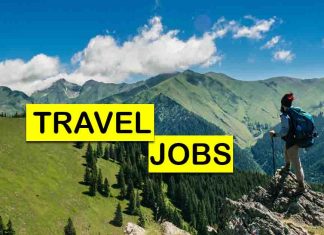 As classic as cheese and wine 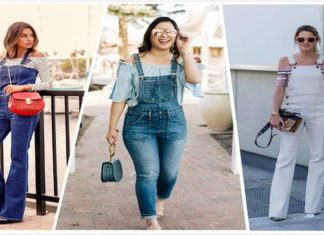