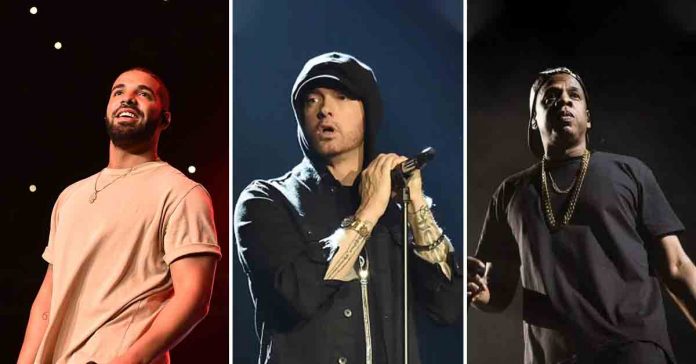 If you thought rappers were just swift with their words and music, you seriously don’t have any inkling that the hip hop world just got its first ever billionaire! That’s huge, considering that rapping was not even a very viable proposition of music the world relied on. But not anymore, as times have changed to catapult rappers into empires of tremendous fortune. Here’s presenting the real Richie Rich of rap: the top 10 richest rappers in the world who can splurge money like no other-

Jay Z has over the years churned out music that have been chartbusters claiming the No 1 spot for a record 14 tracks while landing an equally record breaking Grammys- a whopping 22 times. And with his fetish for making unprecedented records, it is no wonder that this artiste has emerged to be the first ever hip hop billionaire and the richest rapper in the world.

However it isn’t just music that has catapulted Jay-Z to the numero uno position in the list of richest rappers. A fortune from his musical records compounded by his own calculative investment sense has ensured that Jay-Z maintains his steady rise to the top with a grand $1 billion to his name.

The phenomenal net worth that Jay-Z’s empire now rests on streams largely from his smart investments in ventures as distinct as clothing lines and cognac & liquor and nightclubs, apart from the steady flow from record companies. The rapper’s ownership of music streaming service Tidal, stakes in Roc Nation and liquor company Armand de Brignac and D’Usse cognac has contributed massively to his steady increase in net worth since the past couple of decades or so.

Decades of royalties stemming from his many hits, which claimed him six Grammy Awards, might have cemented Dr. Dre’s position as one of the features in the richest rappers’ list but his worth has multiplied manifold owing to a spectacular surge in his earning from Apple’s $3 billion acquisition of the “Beats by Dr. Dre” headphone series.

Dre’s fortune is also rooted more in his life earnings rather than in just recent assets. Apart from his earnings from the music he made or helped produce, Dre also earned regally from the production of the NWA biopic Straight Outta Compton though his philanthropic acts have also diverted a substantial part of his fortune to prevent him from occupying top spot in the list. The overseer of the musical careers of now rap mainstays like Eminem and Snoop Dogg, Dre sure is worth much more than what mere numbers encompass.

He might not have dropped a single track over the last four years but that cannot stop Diddy from making his way to the list of the world’s richest rappers. But with his shrewd business sensibilities, he has sure made his way as a top entrepreneur, one of the most successful among multiple of artistes turned businessmen. Specifically, his deal with luxury Vodka brand Ciroc by Diageo has been raking in the moolah for Diddy for more than a decade now.

Diddy’s estimated net worth of $740 million also draws from his association with DeLeon Tequila, Aquahydrate, Blue Flame, Sean John and Revolt TV. Once the richest rapper in the world before the entrepreneurial bug caught the rap world by storm, Diddy though still manifests his worth as one of the top 10 richest rappers in the world.

Kanye West is one of those names in the rap world that is instantly identifiable among new age rap enthusiasts. Among the most critically acclaimed musicians of the 21st century and one of the best-selling music artists of all time, West draws a significant fortune from his record breaking music and brand collaborations. But that’s not even all that churns the bucks for a very controversial Kanye.

His own clothing line Yeezy apart, West also has a multi million dollar collaboration with Adidas that markets his Yeezy pair of sneakers. His association with G.O.O.D. Music for his music records as well as the sold out Yeezus experience tours and his many production ventures have put West firmly on course to project himself a s business savvy rapper capable of making it to the top, as much with his monetary worth as with his musical prowess.

The rap world is incomplete without him, fellow rappers look up to him and he has continuously been counted as one among the most influential of all time. That’s Eminem for you- an ever growing prowess, an empire of music that has earned him legions of fans around the world and also a whopping $225 million accumulation over time.

Eminem has this knack of ruling over charts, dropping records with the slightest buzz yet in the aftermath generating a roar as resounding as any true artist would garner. His tremendous wealth is also a very clear sight of this legacy he carries- record sales, sold out tours, massive royalties compounded further by also his business ventures.

The God of Rap counts on his investments in places like StockX and the online music encyclopedia Genius and also on his own record label Shady Records to continue pulling in the numbers as one of the richest- and most successful- rappers.

Ice Cube started out as a rapper alongside Dr. Dre but his future prospect rested mainly on diversifying his attention over a wide range of interests. From producing to starring in movies to penning screenplays and directing films apart from as successful a stint in television, Ice Cube has done it all.

His business interests also has ensured that Ice Cube’s fortune spawns over more than a few hundred million dollars. The rapper draws significantly from his clothing line, Solo by Cube and advertisements for Coors Light beer. Ice Cube also is the founder of Big3, a 3-on-3 concept professional basketball league that feature former NBA professionals that contributes to his cool $160 million net worth.

He has been a phenomenon ever since he made his debut by rolling out a track that soon became number one on the US Billboard 200 list, continuously dishing out chart peaker records year after year. A slew of Grammy Awards in his kitty, Drake worked his way up to be the world’s highest-certified digital singles artist and one of the world’s best-selling music artists.

Drake’s feature in the list of world’s richest rappers is all the more significant given that he is the youngest one to make the cut. His stature as the highest selling artist sure makes the ascent to the top easier, along with extensive tours and shows. Endorsement deals with big names like Sprite, Nike and Apple Music apart from investment in real estate and launch of Virginia Black whiskey and his own music label and clothing line further spikes up his income to a whopping 150 million dollars.

Among the more known names in the rap circuit is the very laid- back, uber cool Snoop Dogg. His music has churned out millions for him- be it through his album sales or extensive shows and tours. Also an entrepreneur and actor, Snoop Dogg is one among the illustrious finds of Dr. Dre and justifies his chance to make it big with a $135 million worth of fortune. His many collaborations and associations including those with Airbnb and Hot Pockets pits him as a worthy contender to claim the tag of one of the world’s richest rapper.

He has been one of the best selling artists of all times and yet another Grammy winner to feature in the list of the world’s richest rappers. Lil Wayne and his music has been synonymous with everything phenomenal, be it belting out chart busters himself or producing equally successful music for other artists.

That, along with his smashing live shows and many collab tours has made Wayne firmly race to being one among the richest in the genre. His acute business strategies have been equally effective at manifesting him as a rich buoy. The co- owner of Tidal Records does also have quite a few other association with big brands but Wayne’s primary earnings still is drawn from his adeptness at making music.

Her distinctive version of rapping has sure made her one of the most well known names in the rap circuit but that isn’t the only credit that Nicki Minaj can draw influence on. She is also one of the most influential rap artists of all time and is visibly also one of the top presences among women in entertainment. Not only that, Minaj is also the only female rapper to be among the world’s top 10 richest in the genre.

Apart from her music and her very assertive, boisterous costumes that get her all the attention and rakes in massive wealth, Nicki also draws considerably from her lucrative endorsement deals and other business ventures. Her chartbuster tracks and collabs with some other leading names in hip hop and rap has ensured that Minaj dominates with her aura in the otherwise all men names in the richie rich list.

Guardians of the Galaxy 3 ‘on hold’, yet on course (hopefully!) 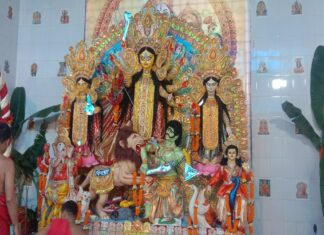 Essential things to keep in mind while pandal hopping in Durga... 100th birth anniversary of Sarabhai, remembering the father of ISRO