Indian folk music has a rhythm of its own that appeals to the senses with its distinctive tune and an otherworldly feel in inciting emotional sensibilities. Specifically, with a charm that tugs at the heart, music and its essence has never been as competent in its manifestations as through the folk songs.

Much of what lends folk music its characteristic flavour and rustic appeal lies in its dependence on such instruments that are as unique to the region and its sounds as the melody itself. Indeed, folk instruments produce such music that are capable of sustaining the listener’s attention throughout, and with the perfect wordings embedded deftly into the songs, can go to lengths to deliver just the perfect pitch in musical expression.

Kashmir, the paradise on earth, the land of tranquil beauty and a calm that is soothing to the feel in every respect is more than just a beautiful vale. The serenity permeating the air is intense, the images vivid and a setting that glows in the lustre of the sun kissed blanket of pretty snowy delight is what dreams are made up of, yet there is something particularly captivating about the region’s sounds and songs that plays on your mind as evocatively as its pristinity.

Like every other folk culture, Kashmir too is stepped deep in reverence of arts and the like. Kashmiri folk songs have forever enticed us, with their elegant simplicity and a tone that sounds so very joyous and carefree. And with an abundance of musical instruments that produce tunes in sync with the region’s exquisite soul, Kashmiri folk music has been a true delight down the ages.

One among the many musical instruments that lend Kashmiri music its happy essence is the stringed Rubarb, and though it is a dying craft at present, the music presented by this humble instrument is highly mellifluous.

Good music does not thrive in any one particular medium and to think that mainstream Bollywood would like to weave magic through its reliance on folk music would be quite a phenomenon. And indeed it is. As the second offering from Imtiaz Ali’s directorial Laila- Majnu, O Mere Laila pleases and soothes with romance and love flowing in abundance throughout the soulful composition that boasts of an ample score of Kashmiri music.

Atif Aslam and Jyotica Tangri’s vocals no doubt does much to usher in love in the essentially romantic film, and while our very own Joi Barua’s composition breaths fresh life into the rendition, the star of the show is the abundance of the Rubarb pluckings that has elevated the song to the pinnacle of love struck glory.

The mellifluence endowed by the Rubab is the soul of the song and right from the beginning, the Rubab plays out its magic as we are transported to a surreal love haven where every thing is just so bright and beautiful. For a love song, the tempo is surprisingly catchy and while the tone isn’t exactly soft, you can sense the emotions running high through every beat of the melody. And while the wordings indeed are spot on, the mood and feel imparted is wholly the unconventionality of using a folk instrument, in this case the Rubab, in imparting a musical poetry that instantly strikes a chord in your heart.

You will find yourself floating about in soft beds of cloudy musings, your soul will be stirred with longing of true love and above all, you will get lost in the enticing maze of calm and gaiety that the Rubab will invoke in you. A virtual Kashmir awaits you as you travel along as in a dream with the cheerful notes struck by the Rubab’s strings. Such is the impact this beautiful folksy Kashmiri delight will have on you that you will find yourself swaying to its music long after the Rubab falls silent. Perhaps the success of the song as one that can be regarded as a folk influence stems from its extensive dependence on the Rubab, even while incorporating elements of the harmonium. In exploring the unheralded Rubab in this one masterclass of a song, the names behind this number definitely deserves one huge bow.

O Meri Laila will definitely lure you into its inviting lore with its terrific music quotient. And when it’s a song as offbeat as this, encompassing all the ingredients to mystify you and beckon you to a romantic dreamland, it’s guaranteed to be played on loop for quite some time to come. Happy listening (and inevitable crooning) to this love saga. Whatta beauty!! 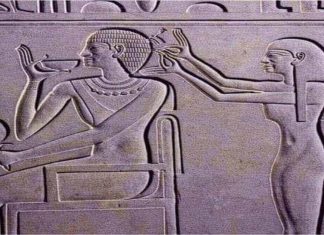 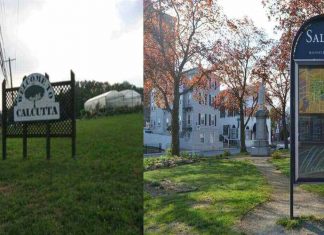 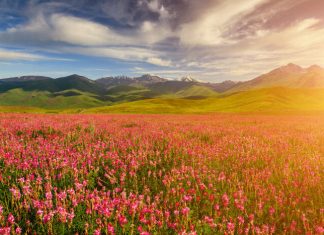 Why spending time with Nature can be the best way to... 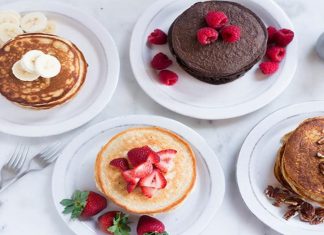