Sui Dhaaga is slated to be released in 28th September and will hit the giant screens of your nearest cinema halls soon. Man, the trailer is really inspiring ! The trailer makes the film worth a watch.

The film is produced by Aditya Chopra, the owner of Yash Raj Films and is written by Sharat Katariya, the maker of the inspirational film Dum Laga Ke Haisha. The film Dum Laga Ke Haisha potrayed so beautifully that being fat is nothing wrong and is not a serious issue. With two brilliant minds of the Bollywood film industry associated in the making of Sui Dhaaga, it surely promises to be a blockbuster film. Also, it stars two extremely talented actors Varun Dhawan and Anushka Sharma as a tailor Mauji and an embroiderer Mamta respectively.

HIGHLY RESPECTED STATUS OF AN ENTRPRENEUR

The trailer beautifully depicts how Chajjulalji, Mauji’s grandfather couldn’t succeed in his tailoring business. At first, Mauji worked under a man who humiliated him to the core. His boss made him do things which would put his family to shame. Later, he left his previous job and at the insistence of his wife decided to start his own tailoring business .  He worked hard together with his wife to become an entrepreneur. Both of them managed to open a big company in due course of time named Sui Dhaaga. He also provided employment to a large number of persons and earned respect in society. The trailer also speaks highly of the powers of a self-employed person who not only is benefitted  but also benefits others by giving them jobs.

MADE IN INDIA WORKS

The trailer tells that Mauji didn’t know his wife before marriage. Initially after they married his wife was generally busy in her household chores. But later when they set out to start a business, they bonded together. They also managed to create a successful business empire. They also began to find love for each other.

Sui Dhaaga or Needle Thread is surely worth a watch. Isn’t it? Can’t wait to watch this film.

Here is the trailer 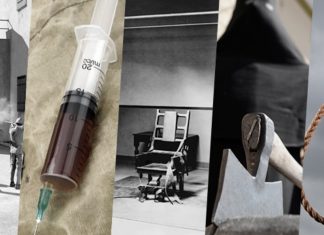