A boyish image of maturity that has morphed over the years into a much loved comic character across the globe, the Belgian hero Tintin celebrates 90 years of his existence in January 2019. A journalist that came to be recognised with his veritable tuft of golden hair, the boy child of Georges Remi, who wrote under the pen name Hergé, Tintin’s origin in a foreign land however does not make him any less popular in this part of the world, like in many others.

This pedantic and adventurer journalist’s connection with India is deep rooted and much adored. Inevitably then, this Hergé character had to come over to the lush green hills of Darjeeling in India to celebrate nine decades of his origin.

Indian artist Mahafuj Ali, aka MAli’s depiction of Tintin celebrating his latest birthday in Darjeeling has been shared on the official Facebook page of the Belgian Embassy.

While last year, Tintin and his friends had a rendezvous in Kolkata, cutting a cake in front of the iconic Howrah Bridge.

This time in his adventures in the Queen of the Hills, Bollywood frenzy seems to have taken over Tintin and his bunch of friends. As Tintin and Haddock try to get into a running toy train, with Snowy in tow of course, they pull off a Raj and a Simran. With Thomson and Thompson already tumbling and a saree clad Bianca Castafiore sitting beside Professor Calculus (who sports a monkey cap like a true Bangali) in the train, the scene truly is reminiscent of a typical filmy journey.

The all famous Mount Kanchenjunga looming over the Hills in the background even as the winter beauty enthralls the crew, Tintin seems to have rung in his 90th birthday in style!

The hills beckoning Tintin need not be so much of a surprise whatsoever.
Tharkey, the sherpa whom Tintin met during his adventure in Tibet has been the cartoonist’s interpretation of Ang Tharkay, the mentor of Tenzing Norgay.

Tintin seems to be an old legacy in India, and after Kolkata, Darjeeling seems to be the newest abode for this enthusiastic young lad of 90.

Tintin’s presence in India mainly and exclusively stems from his strong presence in Bengali literature, courtesy Anandamela. Nirendranath Chakraborty’s Bengali translation of the famous comic strip from 1975 appealed massively to the niche of voracious Bengali readers at a time when regional languages were still the preferred norm of education and communication.

Perhaps what appealed to young readers about Tintin was that the comic somewhat emulated the quintessential Bengali spirit for adventure and zest for detectivegiri. And with Anandamela, Chakraborty ensured that the public get to enjoy reading about a boy who’s typically Bengali and whose friends take on strikingly beloved Bengali names as well.

And while the settings and characters were altered to make them more commonplace to the readers, it was ensured that the charm of the original comic strips still could be felt even from under the layer of warm Indianess imparted to them.

In fact, the good guy getting hold of the bad whether it be original Bengali jasoos guys or the spirit of Durga Pujo– the festival that is so very dear to the Bengalis, Tintin manifested himself in Indian culture and literature in a way that made him very much a part of the greater manifesto of good triumphing over evil.

As Tintin returns to India to mark just a decade short of being a century old character, it’s heartening how The Embassy of Belgium in New Delhi acknowledged this tribute by the Indian enthusiasts of the trend setting journo. 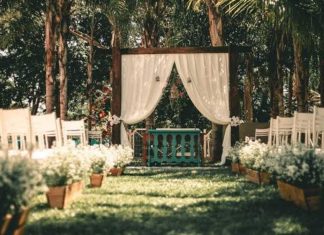 Zero waste ideas for you to pursue wedding bliss through