Cinema in India has never been a medium just of the arts. It dwells as much in grandiose vision and extravagant spectacles as it does in the creative essence of the art. Within the Indian film industry, there exists numerous other such industries that has contributed to the legacy of Indian cinema. The Telugu film industry or Tollywood is one such very prominent part of this amalgamated whole that makes up the Indian cine scene. In almost its century long existence since 1921, this industry from the southern part of India has enthralled audience with arange of blockbuster films. Spanning some of the greatest names in the realm of Indian cinema, the Tollywood industry has gifted the country some of its biggest hits. Not just nationally, these are international blockbusters as well with stupendous performaces globally.

From mythological and epic dramas to action thrillers, Tollywood is second only to Bollywood when it comes to audience command. Following are the biggest hits of all time Tollywood has delivered over the years-

Not just the biggest hit in Tollywood, Baahubali 2 is also one of the biggest hits in the entire history of the Indian film industry. The highest grossing film in India and the second highest-grossing Indian film worldwide, the 2017 epic drama grossed a whopping ₹1,810 crore worldwide. Also the first ever Indian film to gross over ₹10 billion, Baahubali 2 is a part of the most expensive film series ever made in India and is the sequel to the equally record breaking wonder Baahubali: The Beginning. As the widest Indian film release ever, Baahubali 2 was simultaneously released in Telugu and Tamil along with dubbed versions in Hindi and Malayalam.

But beyond being a resounding commercial success, the film also saw critical acclaim. Clinching three National Film Awards across different categories, The Conclusion premiered at the British Film Institute, and was the inaugural feature film at the 39th Moscow International Film Festival. In also being the only Indian film to win the American Saturn Award for Best International Film, while claiming also the Australian Telstra People’s Choice Award, Baahubali 2: The Conclusion is indeed among the biggest all time and all round hits of the Tollywood industry.

Following its sequel in the list of biggest Tollywood industry hits is the 2015 film Baahubali: The Beginning. At however an estimated worldwide gross collection of Rs 600 crores, Baahubali: The Beginning comes a distant second even when it was no less resounding a success at the time of its release. As the first Telugu film to win the National Film Award for Best Feature Film, Baahubali became an unprecedented pan Indian phenomenon. Featured in BBC’s documentary on 100 Years of Indian Cinema, Baahubali went on to receive numerous accolades and awards. In its facade of immense grandiose and exemplary cinematic projection, Baahubali: The Beginning projected the Telugu film industry in the international arena on such a grand scale for perhaps the first time ever in history.

A blockbuster film of its times and widely regarded as one of the greatest hits of Tollywood, Daana Veera Soora Karna was also the first from the movie industry to gross one crore. Its worldwide collections might seem not as impressive when compared to other big hits, but even in a meager 2 crore collections then, the 1977 Hindu mythological film totals an astounding 500 crores gross worth in 2019 monetary equivalent.

Equally amazing has been the making of the film, which took a mere 43 days to complete- especially a feat for a film as grand as this in the times that were. Even as one of the lengthiest films in Telugu film industry and even in the Indian film industry on the whole, Daana Veera Soora Karna has been an epoch making film in itself. It is only worthy therefore that this Telugu film is one of the most legendary hits in the history of Indian cinema.

A classic of Telugu cinema, the 1963 film Lava Kusa is also one among the biggest Tollywood industry hits that has maintained its all time great status even more than five decades after release. Awarded the National Film Award for Best Feature Film in Telugu and the Rashtrapati Award for Best Acting to leads N. T. Rama Rao and Anjali Devi, and Tadepalli Lakshmi Kanta Rao, the Hindu mythological film also saw simultaneous production and release of its Tamil version. With an uninterrupted run of 75 weeks, Lava Kusa made record with its running period as well. With gross collections well over 10 million even at that time, this is easily one of the best films to have emerged from Tollywood.

Perhaps diversified from the hits gracing the higher echelons of the Tollywood industry is the 2019 movie Saaho. An exemplary commercial success with a worldwide collection of some 430 crores, Sahho however wasn’t exactly the grand movie lauded for its vision and brilliance. Starring Tollywood biggie Prabhas in his first Bollywood movie and Bollywood diva Shraddha Kapoor in her debut South Indian project, Saaho has been another of the most expensive Indian films stemming from the Telugu film industry. In retrospect however, all of the amount it garnered in catering to its status as a hit movies stemmed more from expectations and the visuals rather than from something astoundingly cinematic.

With gross worldwide collections standing at ₹262 crore, Ala Vaikunthapurramuloo is another of the big budget hits of the Tollywood industry. The 2020 action drama however was an unexpected entry into the hit list as it wasn’t exactly the film to have actually stood on too grand a premise. Nevertheless it was widely appreciated by critics and managed to win hearts of movie goers thereby establishing itself as another of the massive hits from Tollywood.

Another 2020 release does the follow up in this list of biggest Tollywood industry hits as action comedy Sarileru Neekevvaru comes to occupy fifth position. Its collections stand at Rs 260 crores worldwide, making it just some couple numbers behind its fellow 2020 release Ala Vaikunthapurramuloo. Starring south superstars Mahesh Babu and Rashmika Mandanna in the lead roles, the film also received generally favourable reviews mainly for the performance of the cast.

Another National Film awardee Rangasthalam from Tollywood counts among the biggest hits the industry has delivered in recent times. A 2018 period action- drama film, Rangasthalam went on to be a critical as well as commercial success with worldwide gross collections of 216 crore. Among Film Companion’s 25 Greatest Telugu Films of the Decade, Rangasthalam stars popular Tollywood names Ram Charan and Samantha Akkineni in the lead roles and is one of the highest grossing Telugu films of all time.

An intense political drama, the 2018 film Bharat Ane Nenu emerged as a global hit in its strong premise and cast. Grossing some 200- 225 crores internationally, the Mahesh Babu- Kiara Advani starrer opened to positive reviews and could command substantial viewership with its commercial as well as cinematic appeal.

The highest grossing Telugu film of all time until it was surpassed by Baahubali: The Beginning has been the 2013 hit Attarintiki Daredi. Among the biggest hits of the Tollywood industry, this comedy drama film saw Pawan Kalyan, Samantha and Pranitha Subhash in the lead roles ended up earning Rs 187 crores in the worldwide box office as against its budget of an approx 56 crores to emerge as a sleeper hit. In also its critical reception, Attarintiki Daredi was equally a winner in its entertainment factor while retaining its successful commercial run, emerging to be the highest grossing Telugu film overseas.

With cumulative earnings of 200 crores worldwide, the 2019 film Maharshi is another of the substantial outings managed by Tollywood. Another Mahesh Babu starrer that also has Pooja Hegde in the lead, Maharshi opened to mixed reviews but nevertheless enjoyed a successful run at the box office all throughout. In its well intentioned story and fine acting performances, Maharshi is another of the hits worthy of its place in the Tollywood industry.

One of the cult films in the history of Telugu cinema, Magadheera is one of the most phenomenal hits churned out by the industry. A dual winner at the 57th National Film Awards, the film has been instrumental in making stars out of its actors, particularly for leads Ram Charan and Kajal Aggarwal. With worldwide earnings standing at a substantial 150 crores against its budget of 35 crores, Magadheera had already done for director Rajamouli what Baahubali would amplify in doing years later. Grand like most of Rajamouli’s projects, this fantasy action romance movie set the precedent for what was to follow in Tollywood for years to come. Also as one of the expensive films of its times, Magadheera sure put in place a legacy that would come to define grandeur in Tollywood thereby establish firmly its place as one of the industry hits of all time. 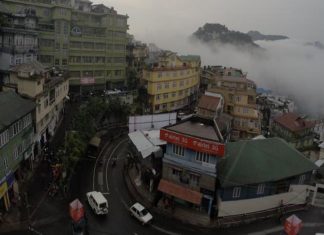 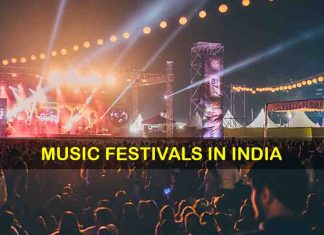 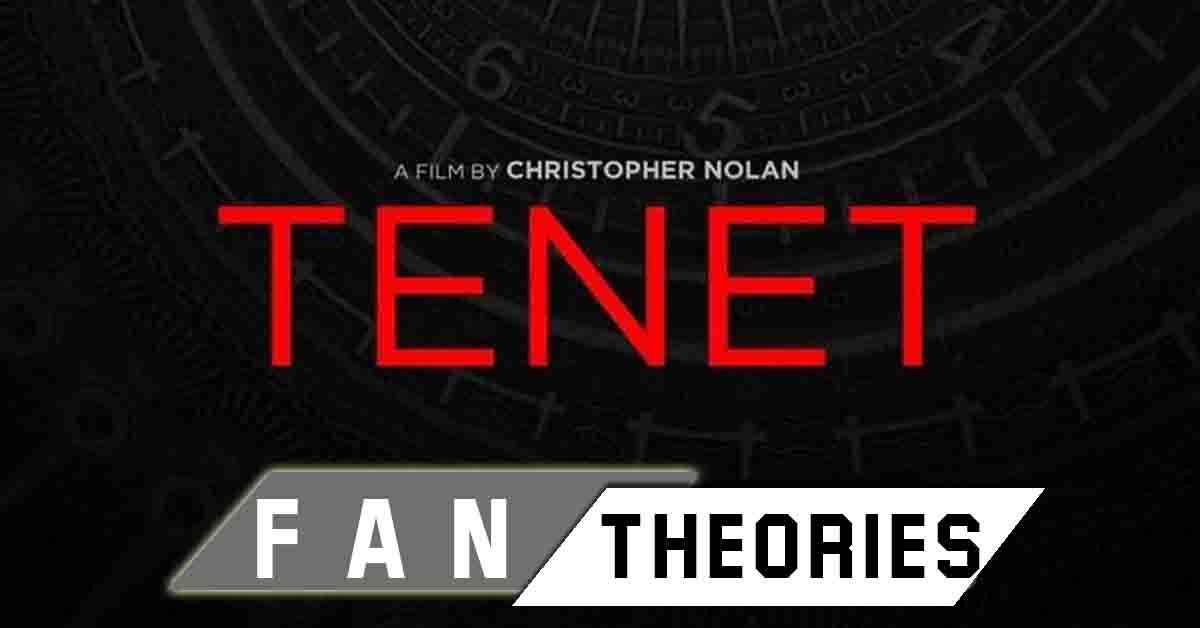