Films have evolved over times, not remaining merely an art but transcending further into the realms of business. Which is why the coveted title of being the highest paid actor is such a big deal in the present. Every film industry today thrives in its millions and billions, and the Kannada film industry is no exception. Popularly referred to as Sandalwood, the Kannada film business has its own set of top 10 actors to bank on. In their phenomenal talent and massive star power, these actors also command some gigantic figures for their trade. Below is the list of the top 10 Kannada actors whose earnings can very well rival those of their peers in Bollywood-

One of the leading contemporary actors of Kannada cinema, Darshan Thoogudeepa or Darshan leads the pack of the top 10 of Sandalwood who can give competition to Bollywood biggies when it comes to remuneration. Starting off with soap operas and bit films despite being a star kid himself, Darshan has surely but steadily made his way to the top.

An action maverick, helped by his towering 6 feet 3 inches physique, Darshan has been owning his films for two decades now explaining why he is such a sought after figure in the industry. No wonder then that he is also the highest paid of them all. With a Rs 10 crore charge per movie, Darshan easily outranks all when it comes to the bucks. The first of Kannada actors to feature in Forbes’ Top 100 Celebrities Of India, Darshan sure outranks all with his pay credits.

Hailed as one of the most talented actors in Kannada cinema, there is no reason why Kichcha Sudeep would not have made it to our list of the top 10. From playing a cameo in the 2015 epic Baahubali: The Beginning to starring as the antagonist in the Bollywood flick Dabangg 3, Sudeep has expanded his realms outside of Sandalwood as well. With a charge of some 8 crores for every movie he does, this high flying actor is another of Kannada cinema’s most desirable men.

The incredible Sudeep also delivered a flop way back in 2010 asserting further his brilliance as an actor and his credibility as a celebrity. Also a singer, he had made record with a lucrative deal on being roped in as the host of Bigg Boss Kannada. For a five year deal that he signed for ₹20 crore back in 2015, Sudeep has always been at the top when it comes to money matters.

A National Film Award winner even as a child, Puneeth Rajkumar is very certainly one of the top 10 Kannada actors. Son of the legendary Rajkumar, one of the greatest actors in the history of not just Kannada but also Indian films, Puneeth has established himself as as versatile an actor as his acclaimed father.

Having delivered multiple hits early on in his career, Puneeth emerged to be one of the highest paid actors of Sandalwood. His starring in the record breaking 2017 film Raajakumara in particular proved to be quite a sensation, delivering a performance that fetched him a couple of Best Actor awards and all the acclaim. Being the highest grossing Kannada film ever at the time of its release, Raajakumara also led its star actor to reportedly command a whopping 7 crore rupees for starring in his next film Anjani Putra. Also a playback singer and an anchor, Puneeth’s charisma and acting prowess places him amongst the greatest Kannada stars ever.

One of the most popular actors in entire south India, Yash is perhaps the most recognisable among the top 10 Kannada stars. Starting out with tele serials to emerging at the top with some really remarkable films, Yash’s starry aura of the present is one that has been built meticulously on his dedication. The charming actor has starred in some of the highest grossing films in Sandalwood, that cemented his place to be amongst also the highest paid stars. Yash currently charges anywhere between Rs 5 crores to 5.5 crores for a single outing that is only a reinstation of his massive popularity and phenomenal talent.

The name behind some of the most successful movies in Kannada cinema either as actor or director, Upendra Rao has managed to emerge as one of the top 10 actors by sheer talent. Also a politician, most of Upendra’s films are known for his thematic representation of Indian politics and society. Considered as one one of the most successful actors, even much ahead of his contemporaries who also are big names in themselves, Upendra’s worth as an actor somewhat different from the others in the mainstream have led him to be the most sought after star in the industry.

In delivering such films that often have an unusual plotline, Upendra has established himself as one of his kind when it comes to artistic sensibilities. Charging anywhere between 3.5 to 4 crores per movie, the multi talented star knows also how to rake in the bucks just right. As also the Kannada actor to have endorsed the highest number of brands, here’s a man who sure can give Bollywood A listers a run for their money with his versatility.

Another of the Rajkumar siblings who have long been among the top 10 Kannada actors is Shiva Rajkumar. The eldest brother of another superstar Puneeth, Shiva is also no less versatile an actor than his illustrious father and brother. Recipient of the 2011 NTR National Award that establishes him as a phenomenon pan India, Shiva has delivered a host of such films that which went on to become milestones in the Kannada film industry apart from creating box office records. Fondly called the Hat- trick Hero for having delivered three back to back hits at the onset of his career, Shiva Rajkumar currently charges some 3 crores per movie outing.

His venture into Kannada cinema as an actor might have spanned the course of just a decade but filmmaker Rakshit Shetty has enough credibility in his craft to already emerge as one of the top 10 actors of Sandalwood. Beginning with short films before expanding his domain to bigger and better projects, Shetty has made some of the most memorable films that which have now garnered a cult following. In being an integral part of such movies that have seen critical acclaim and commercial success alike, Rakshit Shetty is understandably one of the most bankable stars.

Credited by the media and in the Kannada cinema circles as having begun a “new wave of filmmaking”, Shetty has also won numerous awards during his limited stint in the cinematic business. No wonder his drawing of close to 3 crores of rupees for his every venture firmly establishes himself as one of the biggies in the Kannada realm.

One of the most popular celebrities and highest-paid actors in Kannada cinema is another name that started out with television before establishing his stronghold in films. But while Ganesh might have starred in Mungaru Male, the first movie to be screened continuously for one year in a multiplex in any language in India, he also has been the part of the telefilm directed by India’s youngest female film director, Priyabharati Joshi, that however never released. In his struggles and success, Ganesh is a self made star in his own right. With two Filmfare Awards for Best Actor in his kitty, Ganesh is now one of the most celebrated stars of Sandalwood. And his hefty pay cheque stands testimony to his success, that which now earns him close to 2.5 crores per movie.

For someone who started as a junior artiste in the industry, Kannada star Vijay has come a long way in now being one of the most visible top 10 actors. Straddling his way from the small screen to the big, his is a name associated with some blockbuster movies that guarantees his substantial pay per film. From winning acclaim for his roles to being bestowed with awards and recognition, Vijay has time and again established action as his forte in films. Alternating between playing the lead and at times the supporting character, Vijay has marked his territory throughout the domain of the filmi demands. He charges anywhere between 1.5 to 2 crore rupees for his films and is notable also for performing his own stunts in most of them.

Among the Kannada actors who are in the league of the coveted top 10 is Diganth Manchale. Also a former model and a fan favorite owing to his good looks, the actor made his debut in 2006 before achieving fame a couple of years later with perhaps his most memorable performance as Doodhpedha, which is also how he is sometimes referred to by his fans. The recipient of the 2013 SIIMA award for the Romantic Star of South Indian cinema, Diganth currently charges 1 crore rupees for his appearance in every film. 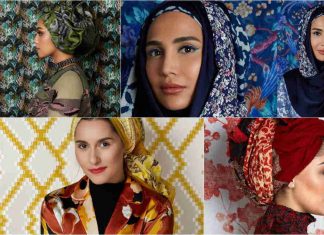