Bollywood is one of the most glamorous and profitable industries in India whose primary members i.e. the actors earn riches in such startling amounts that most of us cannot even think of getting. With such high amount of money in their possession, it is not a surprise that they enjoy a luxurious lifestyle in highly expensive settings and have properties and things whose price can only make our eyebrows get raised high up to our foreheads. Hence, they are often listed as high profile people belonging to the elite or super rich class. Moreover, people who have Bollywood actors as their clients often categorize them in the ‘high-profile’ segment. If cases are lodged by or against Bollywood actress, it is also considered under ‘high-profile’ category. Behind all this glitz and glamour, these high profile people often complained in media interviews about not getting paid regularly for their roles due to various reasons like lesser screen space and time, gender bias etc.

The female actors of Bollywood are the ones who often complain of not getting salaries like that of their male counterparts. They also speak of the pay gap that exists in the Hindi film industry. However, there are a number of female actors who possess astounding net worth and live a life queen size. From their photos of their public appearances that are captured by the paparazzi to the snapshots of their professional and domestic looks that they regularly post on their social media profiles, these richest Bollywood actresses manages to look like a diva everywhere. With resplendent attires, shining jewellery, large cars, plush homes, and of course royal looks that are sometimes filled with layers of makeup, these Bollywood queens enthrals their fans and amaze others over their accumulation of riches. Besides acting, these actresses have bagged money through modelling assignments, advertising contracts, business ventures and smart investments.

The top 10 richest female Bollywood actors in India are-

Popularly known as the Bachchan Bahu, Aishwarya Rai has accumulated so much riches that it will leave your mouth wide open in wonder. The 1994 Miss World winner has amassed a net worth of US $100 million. Besides acting in a number of hit films and doing modelling, the mother of Aaradhya Bachchan is also famous for having been a  L’Oréal global brand ambassador for over a decade now. Rai, who is also popularly touted as one of the most beautiful woman in the world, is a recipient of numerous accolades including Padma Shri and Filmfare Award.

A popular Bollywood and Hollywood actress, Priyanka Chopra made headlines across the world after she tied the knot with American singer Nick Jonas. The winner of the Miss World 2000 pageant has made a fortune of US $70 million. Prior to making her foray in the film industry, Chopra intended to study aeronautical engineering as she was very bright in academics during her school days. However, the daughter of medical professionals went on to become one of the highest paid actresses in Bollywood over time by dint of her hard work. Besides being an actress, Chopra is also the founder of the production company Purple Pebble Pictures, under which she has produced several regional Indian films.

A member of the iconic Kapoor film family and a famous actress, Kareena Kapoor has accumulated a fortune of US $60 million. She is also popular as the Begum of Pataudi household after her marriage with Saif Ali Khan. Her off-screen life is the subject of widespread coverage in India.  Kapoor’s sons Taimur and Jahangir also enjoys stardom like that of their mother. Beside film acting, Kapoor participates in stage shows, hosts a radio show and has contributed as a co-writer to two autobiographical memoirs and two books of nutrition guides.

A highest paid Bollywood actress and a well-known film producer, Anushka Sharma enjoys a net worth of around US $46 million. She is also famous for being the wife of Indian cricketer Virat Kohli. She is the co-founder of the production company Clean Slate Filmz along with her brother Karnesh Sharma. She has been vocal about animal rights after starting to practice vegetarianism in 2015.

The daughter of former badminton player Prakash Padukone, Deepika Padukone is today one of the most known female faces in the Bollywood industry. As one of the most sought after actress, Padukone has been able to raise a net worth of US $40 million. Her wedding with Bollywood superstar Ranveer Singh became one of the most talked about celebrity events in the country. The duo is today known as the most adorable power couple of the film industry. Besides bagging a number of awards for her roles in Bollywood films, Padukone is also the founder of the Live Love Laugh Foundation, which creates awareness on mental health in India

One of the most famous actress of the 90s, Madhuri Dixit has not only charmed audiences with her acting skills but also left audiences spellbound with her mesmerizing plus energetic dance moves. A mother of two boys, Dixit enjoys a net worth of US $35 million. She is now a popular judge in various dance reality shows on television. Dixit is also the co-founder of the production company RnM Moving Pictures.

A famous actress and a successful businesswoman, Katrina Kaif grabbed limelight on her hush hush yet big fat wedding with actor Vicky Kaushal. Her net worth is about US $30 million. Although Kaif established a successful modelling career in India, she initially had difficulty finding film roles due to her poor command of Hindi. Her difficulty in speaking Hindi is basically due to the fact that she had a British upbringing. Her father, Mohammed Kaif, is a British businessman of Kashmiri descent and her mother Suzanne Turquotte is an English lawyer and charity worker. In 2019, she founded her cosmetic line Kay Beauty which offers a stunning range of make up products.

A popular dancer, businesswoman, producer and an actress, Shilpa Shetty is now a popular face in television as she is a judge in a number of reality shows. The wife of businessman Raj Kundra has a net worth of US $18 million. Besides investing in famous companies, Shetty  launched her own fitness and health app called Simple Soulful where she shares various exercise and eating tips.

An actress known for her strong and meaty feminist roles in Bollywood films, Vidya Balan enjoys a net worth of around US $20 million. She is a member of the Indian Central Board of Film Certification.The wife of film producer Siddharth Roy Kapur, Balan initially drew criticism for her fluctuating weight and dress sense, but was later credited in the media for her unconventionality.

Born and brought up in a Bengali family, Bipasha Basu won the Godrej Cinthol Supermodel contest in 1996, and later pursued a successful career as a fashion model. She then began receiving offers for film roles, and made her acting debut with a negative role in the moderately successful thriller Ajnabee in 2001. She has a net worth of US $15 million. Basu was in a relationship with actors Dino Morea and John Abraham before tying the knot with her Alone co-star Karan Singh Grover in 2016. Mac Miller finally speaks up on breakup with Ariana Grande 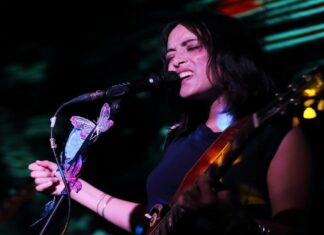 North eastern names of an Indian identity: India’s Queen of the Blues... Types of guests found in every Indian wedding