The Hindi Film Industry is mostly recognized for the glitz and the glamour, its random dance breaks and lip-syncing heroes. But it’s most definitely more than just that. More often than not, movies that neither have an established production house nor a Superstar to back it up go unnoticed and unappreciated. Here’s a list of such gems that have all the ingredients necessary for a good film but somehow just didn’t garner the love and attention they deserved- the ultimate content backed,yet underrated Bollywood movies.

Shor in the City 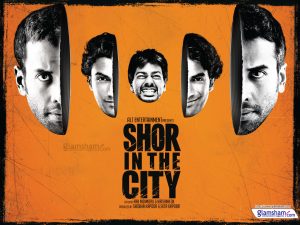 Movie critics  applauded the dark humour and tone along with the screenplay and cinematography of this crime comedy-drama movie . The movie has the city of Mumbai and its helm and revolves around five central characters. 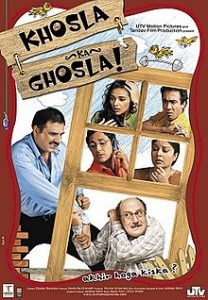 This comedy-drama film garnered heavy praise from both the critics and the masses. The film’s realism, refreshing plot and comedic tone proved to be a breather. Some even went on to say that it was the Best Comedy that Bollywood had seen in a while. Anupam Kher plays the titular character, who’s a common man with simple tastes. This movie has multiple characters and smaller story-lines woven together with the two stand-out protagonists, played by Shreyas Talpade and Imaad Shah, who are exact opposites in ideologies and desires. What makes it worth a watch is how it depicts the natural equivocalness that youth tends to bring along. Shreyas Talpade and Imaad Shah stars in another of those underrated Bollywood movies. ‘Udaan’ is a movie with a simple premise and is one of the best coming-of-age movies that Bollywood, arguably, has to offer. It is highly acclaimed because of its moving story-line and tight pacing, yet remains one of the hugely underrated Bollywood movies. Rajat Barmecha plays the role of Rohan, the protagonist, whose growth we get to witness as the movie progresses. The title of the movie is a play on the Russian phrase ‘до свидания’ (‘Dosvidaniya’; meaning ‘See You Later’/‘Goodbye’). The main character, played by Vinay Pathak, finds out he only has three more months to live. He makes a list of ten things to do before he leaves this world forever. Figuring in the Hindi word for ten, ‘Das’, we get the movie’s title and a heartwarming story that’ll stay with you long after the movie is over. This is a movie adaptation of Ruskin Bond’s 1980 book of the same name. With a picturesque village in Himachal Pradesh as its backdrop, the movie revolves around a blue oil-paper Japanese umbrella, the entire village’s fascination with it and everybody’s unvoiced desire to own it. Beautifully telling yet not so mainstream, The Blue Umbrella definitely counts amongst one of the most underrated Bollywood movies ever. A psychological crime-thriller, ‘Aamir’ is one of the most underrated Bollywood movies. In it, the eponymous protagonist played by Rajeev Khandelwal finds out he’s a pawn to a group of Islamic Extremists, who have kidnapped his family and plan to carry out a bombing in the city of Mumbai. This Romantic film tells the story of a village school-teacher, played by Rahul Bose, who exchanges wedding vows with his Japanese pen pal, played by Chigusa Takaku, and remains loyal to her despite never actually meeting her. A diversion from the typical Bollywood love story, this one is a must feature in our list of underrated Bollywood movies. 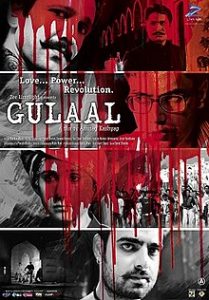 ‘Gulaal’ is a political-drama film that deals with the hunger for absolute power as well as the hypocrisy of those in power. The film has a gripping script and excellent performances by its cast. 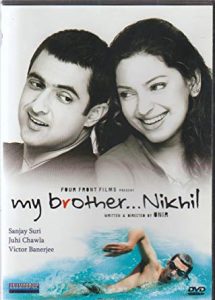 Based on the life of AIDS Activist, Dominic D’Souza, ‘My Brother… Nikhil’ was one of the first films to explore same-sex relationships and dealt with the stigma attached to AIDS patients in the ’80s. 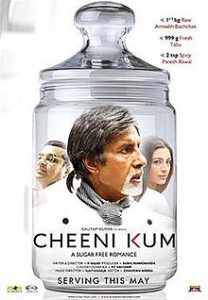 ‘Cheeni Kum’ is a sweet romantic flick that has Amitabh Bachchan and Tabu playing characters that are in love but are hindered by their 30 year age difference. The taboo in the content might leave this film out of bounds but neverthless counts among underrated Bollywood movies.

Rocket Singh: Salesman of the Year Ranbir Kapoor delivers an earnest performance as a fresh, unsullied graduate who tries to find balance in the maddening, competitive corporate world and a place for his own ideologies. With breathtaking cinematography at the core, ‘Masaan’ is a tale of societal stigma, self-acceptance, love and loss. It puts forward two non-linear story-lines that come together in the end, making for a gripping but one among the highly underrated Bollywood movies.

Matrubhoomi: A Nation Without Women ‘Matrubhoomi: A Nation without Women’, like the title suggests, is a film that depicts a dystopian future where there are no women in the society as a result of sex-selective abortion and gender imbalance. This is a dark and gritty tale – you won’t find any sunshine or rainbows here. 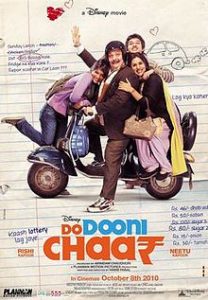 ‘Do Dooni Chaar’ revolves around an underpaid school teacher who struggles to keep his family happy even in trying times, while having plentiful dreams of his own. This, yet another among the highly underrated Bollywood movies reunites real-life couple Rishi Kapoor and Neetu Singh on the silver screen as they play Mr. and Mrs. Duggal. ‘Parched’ weaves the stories of four women living in Rajasthan. Exploring themes of sexuality, cultural differences and patriarchal oppression even under the realm of underrated Bollywood movies, Parched makes for a definite feature in your must watch list.

Lipstick Under My Burkha Another movie that has four women at the helm, ‘Lipstick Under My Burkha’ opened to widespread critical acclaim. The four female protagonists in this film are out – guns ablaze – not only questioning their sexuality but also seeking means to validate it and gain some sort of freedom out of it. 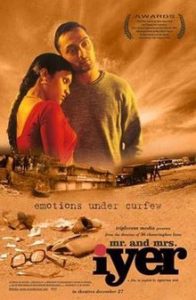 ‘Mr. and Mrs. Iyer’ tells the tale of a Hindu woman who protects a Muslim man from being harmed in communal riots. The movie also delves deeper into issues of caste and religion, making it one of the most underrated Bollywood movies of all time. The first installment in the ‘Gangs of Wasseypur’ series is considered to be one of the best gangster movies Bollywood has produced and has achieved cult status. It is more than just a tale of revenge – it is also a tale of family, politics, power struggles and identity. Its sequel, ‘Gangs of Wasseypur – Part 2’ was released the same year. 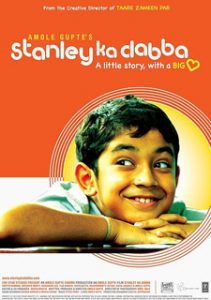 ‘Stanley ka Dabba’ is a heartwarming and bittersweet story about the titular character, Stanley, and his struggles to bring a warm lunch in his tiffin box to his school. It seems like a simple story but it has enough nuances to ensure it stays with you long after it’s over. An unconventional tale that rounds off our list of must watch underrated Bollywood movies.