Bollywood is currently abuzz with a list of not so newcomers finally making it big in tinsel town. As content driven cinema manages to score big over ruling star power and glamour and obviously films with stupid logic, fresh faces are dotting the Bollywoodscape like never before.

One of such fresh faces that has been rattling the industry is the dashing Kartik Aaryan. From gaining fame with his nailing of the 6 minute long monologue in his debut film Pyaar Ka Punchnama to gaining all the attention courtesy of being Sara Ali Khan’s official crush, Aaryan is making waves of late.

As the new chocolate boy of Hindi cinema continues his rise with the release of his latest film Luka Chhupi, here’s a look at some of the secrets about him that would definitely have you taken aback. Read on to find out lesser known facts about the handsome lad!

Kartik Aaryan might be one of those realest celebrities you would thought to have encountered. Surprisingly though, Aaryan isn’t his real name. The lad who has taken Bollywood by storm lately is the Gwalior boy Kartik Tiwari.

A passionate actor now, Kartik Aaryan would have wanted to be in the National Aeronautics and Space Agency, if not in Bollywood. A B. Tech graduate in Biotechnology, Aaryan wanted to become a scientist.

Kartik is a real life Kumbh ke Mele fame Lost and Found kid. He was lost in Delhi’s Karol Bagh market at the age of four and was found after a meticulous search ride of four hours!

Sara Ali Khan having a crush on Kartik Aaryan is one of the open secrets of B town. But there are many speculations as to whether the chocolate boy is dating anyone. Though rumours have linked him to his co stars Nushrat Bharucha and Ananya Pandey, Aaryan’s love interest seems to be a mystery woman. Aaryan is allegedly dating Canadian model Dimple Sharma.

This, after he had been dumped in a serious relationship by his girlfriend due to his plunge into acting.

Kartik Aaryan has confessed that he has a special liking towards girls with dimples. No wonder dimpled beauty Deepika Padukone is his favorite among Bollywood actresses.
P.S.: Has Dimple’s name got to do anything with the romance? Just asking.

Kartik Aaryan is quite the proverbial ‘sanksaari ladka’ of Bollywood. The actor does not drink or smoke, and is a pure vegetarian. Vegan crushing goals, anyone?

A dedicated actor, Kartik Aaryan is a staunch professional when it comes to his roles. Even after being an out and out vegetarian, Aaryan ate 25 eggs every single day to gain weight for essaying his part in Akash Vaani!
Dedication level= Kartik Aaryan!

Kartik is also quite the sportsperson. An excellent football and tennis player, Aaryan is also hooked to gaming with the PlayStation, for which he even bunked college. A player? Definitely (not)!

Kartik once used to cook for his 12 flatmates in order to earn money. Now here’s a guy who is dashing and who can cook. Legit that Sara Ali Khan has declared him openly as her crush. We all do!

Like all those dreamy guys and unconventional actors, Kartik Aaryan has also a penchant for writing. He pens down amazing poetry and also has a knack for spinning stories. Not surprisingly, he wants to direct one of his stories as a film some day.

Kartik Aaryan is a man bound by time, punctual and disciplined to the core. Ladies, reason enough to crush on him even more?

As magically as he makes us go weak in the knees, Kartik Aaryan would also want to go invisible, Mr India like, the day he attains some magical powers!

Like the sweetheart he is, Kartik Aaryan also has his interests deep rooted in desserts. He loves gorging on gulab jamuns and gajar ka halwa made by his mom. Slurp!

Even with all those calories loaded, Kartik Aaryan has quite the hot bod. And most of it came from him being trained in Mixed Martial Arts (MMA), with a special inclination towards Parkour. Even then he considers building a six pack as quite a difficult job.

Perks of being a vegetarian ?? Thank you @petaindia ❤️ And all the fans who voted me as the #HottestVegetarianCelebrity2018 ???

Kartik’s vegan inclination has also earned him the recognition of being PETA India’s Hottest Vegetarian, apart from being the face of PETA India. 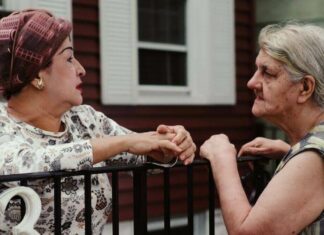