What’s life without  a good laugh? It is comedies that cancel out the tragedies of life and lends it a break from monotony that makes life even more worthwhile. Stand up comedy, in particular, provides a fillip to our mundane existence and freshens us up with a generous dose of good humor. Let’s check out some of the best known comedians from across the world.

The name that mostly resonates with us among genius entertainers is undoubtedly Rowan Atkinson, listed as one of the most famous comedians of all times by The Observer. His quirky portrayal of the infamous Mr Bean proves his outstanding prowess as a funny man. Atkinson,however, brought his physical comedy to the fore in the 1989 Just for Laughs festival in Montreal,  the world’s premier destination for stand- up comedy.

More popular as a host of major telecasts, Ellen Degeneres initially started out big as a stand- up comedian. Humor, however, was more of  a resort for Ellen to come out of her crowd fright. But she went on to eventually receive Emmy nominations in 2004 for her stand- up comedy special Ellen Degeneres: Here and Now.

An Indian stand- up comedian who tickles the funny bone of his audiences with his impeccable comic timing and spot- on comic expressions, Johnny Lever is prominently a film star. However, he also performs live shows all around the world, and is particularly revered for his impersonation of Michael Jackson at the 1999 Filmfare Awards.

An American comedian and actor, Kevin Hart’s comedy style delves into his own life experiences of racial, physical, familial and gender divide. Insecurities of his unconventional height and belonging to a black family finally found acceptance in his psyche through his own comic presentation and catapulted him to fame as a classic stand- up comedian.

An American comedian and actor, Hasan Minhaj turned his experience as an immigrant Indian American Muslim into his first stand- up special Hasan Minhaj: Homecoming King, which premiered on Netflix on May 23, 2017. Minhaj featured as the Speaker at the 2017 White House Correspondents’ Dinner wherein he carried on the roasting of Washington DC society, national politics, current events, the president Donald Trump, the Washington Press Corps and the American media along traditional lines.

One amongst the top paid comedians named by Forbes, Amy Schumer is one fine entertainer who appeared in the comic domain somewhere in the mid 2000s. Her powerful take on serious issues like sex, relationships and gender bias under the comic fore cements her position as one of the most effective comedians of modern times. A recipient of the Emmy Award in 2015 for her comedy show Inside Amy Schumer, she also went on to hold the top position on the New York Times Non Fiction Bestseller List in 2016 for her memoir The Girl with the Lower Back Tattoo.

With an energy that is infectious, a timing that is spot on and of course sarcasm that is forever stinging, Canadian- American multifaceted personality Jim Carrey no doubt graces the list of world famous comedians of all generations. A couple of Golden Globe nominations for Best Actor certainly proves Carrey’s reach as one of the most outstanding comic enactors who can deliver life in even the most mundane of situations. 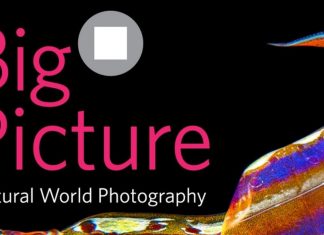 Top 11 richest temples in India which are mindbogglingly rich