Bollywood has harboured a fetish for remixes for quite some time now. Old melodies and tunes are being rehashed and ‘reloaded’ for such music that drowns in their wannabe avatar. Seldom has remixes of classic tunes and iconic songs found favor over their more memorable counterparts. It perhaps is a reinstation of the ‘old is gold’ adage or simply a preference for the original over the copies that Bollywood has only rarely been able to be boastful of its recreations. Here are some such remixes Bollywood has seen in recent times that not only were blatantly unappealisng but that also almost undid the glory of the originals-

For people having had the audacity to rap up the iconic Madhuri Dixit’s as iconic number, some semblance of common sense should have been fed into them if they did not already realise the gargantuan task they set out to complete. For a nation forever grooving to the beats of the classic dance number, we were in for a rude surprise when the hit number was doled out in action flick Baaghi 2. There aren’t many when it comes to matching the evergreen Madhuri in dance moves and to have Jacqueline Fernandez sweat it out hard in this overtly sexier number was an eyesore to say the least.

Bollywood seems to have sworn by the mantra of going all out on the raunchiness in guise of the sensuous. Case in point the sizzling Malaika Arora in the essentially sexy Maahi Ve from Kaante. Cut to some 15 years later and Zarine Khan is doing all things disgracefully inappropriate in its remix version. Bollywood have long overstepped the thin line between delivering cynosures and tastelessly dishing out erotica. And the skin show that Wajah Tum Ho was, Maahi Ve obviously had its fortunes spelled out.

Ae Dil Hai Mushkil might boast of soulful numbers like Channa Mereya and party poppers like The Breakup Song but the film still has to deal with ignominy of featuring an unworthy remix. The recreation of the evocatively melodious Aaj Jaane Ki Zid Na Karo plays on in the film that however is no match for the pure, soulful renditions already preceding its 2016 version. While this one remix might not be the worst remixes of all time, it still is lacking enough feel to not make for a stirring version either.

A song that has always been so identifiable as a comedy anthem to be attempted to be turned into a peppy groovy number is the ultimate blunder of all times that Bollywood committed. The classic Chatur Naar from the ever so classic Padosan finds expression in a new avatar in the 2017 box office dud Machine with no context whatsoever. With gibberish lyrics, out of place premises and a setting that just does not vibe with the ever so memorable beat of the original, this is one remix Bollywood should never have considered doing in the first place.

With all the flak that Masakali 2.0 received soon after its release, the writing on the wall was quite evident for this remake of the A. R. Rahman original. The good looking pair of Siddharth Malhotra- Tara Sutaria is no match for the naive grandeur of Abhishek Bachchan and the commonplace presence of Sonam Kapoor. In what was a simplistic, charming melody poignantly dwelling in the allure of a Delhi of some times past, the original song has been a favorite throughout the years and will continue to remain so, more so in the light of its remixed version which turned out utterly disappointing.

Who could possibly ever forget the Dum Maaro Dum song from the movies Hare Ram Hare Krishna? That’s some lyrics you could sing along to, irrespective of whatever generation you might hail from. If only the same would have been true of its newer version which finds a place in the 2011 film namesake. With lyrics that are cripple out woefully in thought, the Deepika Padukone number turns out as an item song with all the sass and glamour all right but no essence at all.

For the 90’s kids and also for some others out of them, Falguni Pathak has been a name synonymous with celebrations, happiness and nostalgia. Trust then a favorite number like Yaad Piya Ki Aane Lagi to be remixed only for it to end up as the utterly unmemorable new rendition. While this is one song that is neither Bollywoodish in origin as well as in its redoing, we simply could not miss out mentioning how atrocious an act of musical malady this one is. With T- Series and Neha Kakkar once again the culprits, they ruin the innocence and appeal of the original so bad that nothing on earth could salvage that lost pride. In trying to be hyper modern, hyper realistic and all things hyper shit, the song ends up being quite the disappointment we were dreading all along.

One of the greatest flop movies Bollywood has ever witnessed, Himmatwala has been as much a ridicule of its esteemed original in its remake as well as in its songs. From Naino Mein Sapna to Taki Taki, the 2013 film ended up being a farce of its illustrious original starring the veteran Sridevi and Jeetendra. Naino Mein Sapna was a massive let down in particular primarily because of the way it panned out to be. From the set to the song, everything was an outright copy and yet the end result was something utterly forgettable. No one anyway expects the emulation of Sridevi’s mannerisms in a style that was gracefully her own. But to think that the iconic song would have to ed up in shambles like this is an utter shame Bollywood will forever bear the ignominy of.

Another Abhishek Bachchan number that had to succumb to the irresistible desire of Bollywood Biggies seeking ‘inspiration’ is the popular Dus Bahane from the 2005 movie Dus. Notwithstanding the many brickbats Bachchan junior had have faced for his less than potent acting skills, it indeed is true that the actor has some of the most catchy numbers picturised on him. Which is why even with the more than able Tiger Shroff grooving to Dus Bahane 2.0 in his obviously action flick Baaghi 3, he is no match for the swag that Abhishek Bachchan delivered years back. With however the same musicians behind the reprisal, the melody itself is not very uncharacteristic of its original self though it fails to recreate the same magic.

Pal Pal Dil Ke Paas is a very heartwarming saga of love realistion, crooned soothingly with much love as well that is very palpable in the way the music caresses your very soul. If only even a bit of it would have been true with the remix in Wajah Tum Ho! Forget about the aura of the song that’s essentially a love ballad and concentrate on the picturisation instead- this is something very laughable for the sheer freedom the makers took in interpreting its pure essence as something demeaningly raunchy.

The hit pairing of Anil Kapoor and Sridevi has often a times churned out wonder and Kate Nahi Katte from Mr. India is one such breathtaking exploit in chemistry. Sonakshi Sinha attempts to bring back visuals from one of India’s most iconic of films in Force 2. However all the film managed to deliver was a mediocre number that came nowhere close in matching up to the ante that the original relied on to be such a timeless visualisation.

In being the sequel of the musical hit Tum Bin, the 2016 film Tum Bin 2 should have been a medley of melodies. Instead it failed to even emerge from the shadows of its successful prelude, delivering a story and some songs not particularly amazing. Specifically with the beautiful Jagjit Singh ghazal Koi Fariyaad which Tum Bin 2 attempted to do up as Teri Fariyaad, the failure was evident. In dishing out a painfully slow rendition of what comprises some of the most heart touching of lyrics, Teri Fariyaad failed to stir the romantic sensibilities with even its multitude of emotions. Definitely not the worst remix, but nevertheless a much disappointing version of what it could have been.

Wajah Tum Ho isn’t just one of the most chaotic films of recent times, it is a much a disaster in its music- especially in ruining really beautiful melodies by its own needlessly steamy takes on them. And other classic melody that the film managed to ruin is the eternal love number Aise Na Mujhe Tum Dekho. What had been a song steeped in the rosy romance of love was delegated to a mere play of overdone emotions and unnecessarily charged up love hormones. Needless to say Wajah Tum Ho gets all the hate for also turning evergreen songs into the disaster it itself is.

While Aashiq Banaya Apne by Himesh Reshammiya might not exactly be one of the legendary melodies in Bollywood, the song was still highly popular when it became the anthem back in 2005. And while it would not take much effort to ruin a song as mediocre as this, the minds behind the remixed version sure did not even make much of a fuss about it. The result- a trashy recreation in the 2018 film Hate Story 4 with Urvashi Rautela at the helm of affairs to unnecessarily gawdify a song that already had everything to do with the love of the body.

8 reasons why you should surround yourself with waffles, not negativity

Lipstick Shades Every Girl Must Try 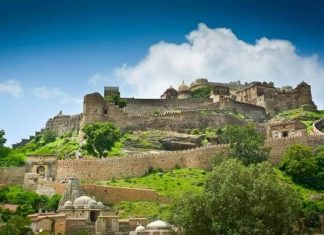 The Great Wall NOT Of China