INNFINITY
Home Fashion 12 types of manicures you must know about Beauty might be flawed but that never has been the reason to shy away from exploring the many facets of it that make it a forever joy. Beauty sure does celebrate the inner essence of you but it does also celebrate your physicality. Encompassing a significant aspect of physical beauty is not just your face but also your hands and feet and every other part of the body, that you need to tend to without any bias. And the beauty treatment that affords you beautifully smooth and pretty luxuriant hands is what is known in the style world as manicure. With a number of different types of manicures to pamper your nails with, which should be the perfect pick for you? Know about them all to settle on what should afford you your best hands at everything-

For those who want their nails to come off as pretty as they are yet do not want to fuss about it a bit too much, the basic manicure is the type fitting their bill. A quick fix for your nails, both in the health factor as well as the aesthetics of it, this is obviously the simplest and most basic types of manicures. Ideal for beginners as well as versatile enough to suit the needs of every regular, the basic or standard manicure begins by soaking your hands in warm water to soothe and soften dead skin cells. This standard regimen usually includes trimming, shaping, filing, and buffing your nails, cleaning and trimming your cuticles accompanied perhaps by a cuticle oil treatment, and a hand massage followed by a nail polish that which of course is totally optional.

Like all things on the style radar, trust the French to have even devised their own eponymous types of manicures. The classic French manicure is a very stylish nail look to flaunt, that which comes of course with also the chic French sophistication in tow. Very distinctive in the look of it, the French manicure was created by Jeff Pink in 1976 as what was then called the ‘natural nail look’.

Simple though even in its classy undertones of the French distinction, this manicure is characterized by a lack of artificial base color and white tips at the free edge of the nail. The white painted nail tips stand out starkly against the rest of the nail body that is painted in a sheer or only some nude color. Referred also to as the French tips in their standout white markings, French manicure however can also be achieved by painting white the underside of the nail with white pencil and then painting a sheer color over the entire nail. In their rather pinkish look, subtle enough to pass off as the natural color of the nails, a French manicure endows you with a really beautiful and healthy looking pair of hands to assert its prominence as one of the most sported types of manicures ever.

Every thing as fun and trendy as you expect to douse your nails with, the reverse French manicure needs your cuticles to be pushed back or clipped to allow working of the crescent moon shape near them. The entire nail is coated with clear nail paint over which a darker color is applied, leaving out just enough space at the base to paint out the white crescent shape. It though is also as common to paint the base and the rest of the nail in contrasting shades, irrespective of where you choose to go dark or light. At the end of the day, the French manicure is all about flaunting a set of nails that stand out impeccably and the reverse working of it is no any different.

But if you thought French manicures were the only country specific types of nail makeover, then you are in for a surprise. Stemming from the most unlikely style destination of America is the namesake manicure that which however is quite similar to its French counterpart. Seemingly more natural than the French manicure since the American working tends to be even subtler, this is another elegant way to style your nails. With soft tips that stand out even in their barely differentiated essence owing to an impeccable blending of the complementary shades, this comes across as one of the most interesting types of manicures to present your nails in.

In their almost wholly natural look that is low key but still striking, the American manicure offsets the starkness of the French stemming for a look that sits so perfectly on your nails, as if they never have been efforted upon too much. Also in the rounded shape of the nails as contrasted to the square leanings of the French type, the American manicure is one of the easiest you can go while deciding on the manicure routine you want to adapt to.

One of the most unique among the different types of manicures is one which has a Brazilian name. Most known for its rather messy way, purposeful though, of going about the nails in painting them, this is another of the ways Brazil stomps its authority in the style facade for something utterly unusual, like every single time. Focused on the cuticles to the extent that they are removed with a special Brazilian clipper to expose the nail bed, this is one rather exotic way to get your nails done, if you so fancy.

After the cuticles have been dealt with the Brazilian way, the nails are splattered messily with paint, even across the surrounding skin so that the colour sits under the cuticles as well, making for a longer lasting treatment of the nails. The excess paint is wiped off though afterwards, but not before it has been ensured that not even a tiny inch of your nail remains unbeautified by your choice of nail color.

Like every beauty regimens centered around hot oil, think hot oil massage, hot oil manicure also is a luxuriously relaxing way of pampering your hands. Not just in cleaning your nails and beautifying the hands, but also to nourish your damaged nails or the dry expanses of your hands, hot oil manicure is one of the best nail care treatments you can opt for. A lavish hand massage that involves soaking your fingers in a customised blend of heated natural oils to moisture your hands and nourish them as well, hot oil manicures types are more than just an effective beauty treatment. Expensive though in all their soothing goodness, hot oil manicures are worth indulging your hands in every once in a while and delighting at the glowing, soft delicateness of them all.

No less luxurious than a hot oil manicure is the spa version of it, understandably deriving all notions of its lavish encompassings from the very spa reference. With such elements like an aromatic salt scrub, hydrating mask, hot towel wrap, hot stone massage or paraffin dip or even a or glycolic exfoliation treatment further working magic on your hands, this makes for another indulgent way to pamper your fingers and nails to feel good in the shine and sheen of them.

A component of the types of spa manicures but also as efficient a manicure treatment by itself is what is known as the paraffin wax treatment. The amazing properties of paraffin wax that render it possible to be heated to temperatures of over 95 °F (35 °C) without burning or injuring the body are made use of in these manicures. Soaking your hands in lukewarm paraffin wax infused with a range of essential oils and fruit waxes that ensure that the goodness of them all percolates deep into the inner reaches of your hands leaving them moisturized, this a rather therapeutic way of treating your hands for all that you do through them all along.

Possibly the most striking of manicures is the types that are coveted for the mirror like glaze endowed on your nails. Very much the basic manicure routine with the mirror finish brought about only by the play of the nail paint, mirror manicures or chrome nails are a breakout of social media which explains perhaps its craze among millennials. Essentially a way to embrace your love of metallic nail paints, mirror manicure involves applying some black nail polish as a base onto the nails, placing a clear top coat over this, and then adding some mirror powder that which achieves the shiny mirrored look that has you come across as every bit a stunner. Because with nails as sparkly as that of a crystal clear mirror, you really need nothing else to be the perfect image of you!

Rendering your hands pretty with a splurge on a manicure session sure would mean that you would want to keep them as it is for as long as possible. And because most nail paints chip off quite easily, sometimes when you have even barely stepped out of the salon, every manicurous indulgence tend not to be a happy experience for you.

Offsetting such heartbreaking disadvantages of traditional nail polishes is what is called the soak off gel polish manicure. Beginning with the usual steps involved in any manicure, the process extends to applying two coats of a special gel polish on to the nails. Cured under UV light to lock the nail paint, gel manicures might be a rather durable way to go about beautifying the nails but that’s not just the only good thing about them. Gel paints are also a good option when you want to grow out your nails naturally since the gel adds a layer of protection that helps keep nails from breaking.

Another therapeutic opting for your nails among the different types of manicures is one that involves the use of hot stones to treat the hands. In helping ease out the strain exerted on the hands and the fingers in working out your entire life by relaxing the muscles, this is a manicure that adheres more to the health benefits of it. Massaging the hands that which have been already treated in an oil infused lukewarm bath with smooth and flat hot stones so that the heat stimulates the pressure points in your body areas, this is one of the most effective ways to treat your hands with after an incessant session of frantic handiwork.

While manicures are indeed a way to pamper your hands and render them beautiful and clean, the hassle of them likely would keep you away from returning to the salon as often as you would be compelled to. Which means after a week or so what you end up is with hands full of nails with chipped polishes that makes your own self unimpressed with them. In entire one of the types of manicures that are a sure shot way of maintaining the just out of the salon look for a greater period of time. Known as dip powder manicure that makes use of a pigmented powder instead of a nail polish, these nail paints stay put for at least three weeks, meaning you save yourself valuable time and money, not to mention some grace as well.

Unlike gel manicures that need to be sealed or cured under an UV lamp, dip powder manicures involves drying the nails and painting them in a base coat and sealant before they are dipped into a pot of the durable pigmented powder. With also the convenience of brushing the excess powder off the nails in between coats, this is one manicure choice that should be quite expedient in all its uniquities. 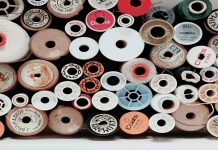 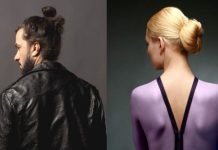 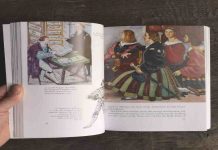 The evolving history of fashion 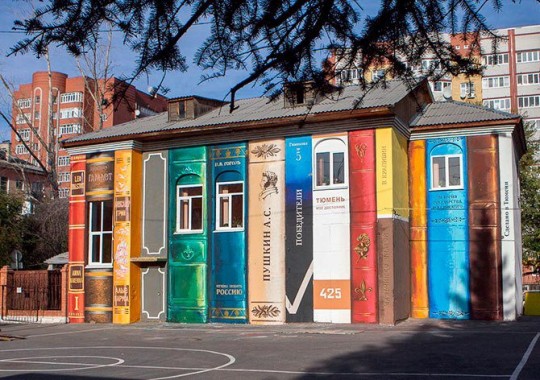 7 reasons why cats are way more cuter than dogs Thugs of Hindostan trailer drops with massive response from fans