Scrunchies have become one of the trendiest hair accessories of 2021. With a wide range of beautiful and colourful fabrics encompassing an elastic band, these charming hair ties can never fail to make a lady’s tresses look graceful. Unlike the various types of hair ties that are used to put up long strands of hair in place in any possible styles, scrunchies are the fanciest of them all and provide a lady the scope of perfectly colour coordinating it with their outfits. Although scrunchies were a popular accessory of the 80s and 90s era, it somehow faded from the fashion circuit in the 2000 and early 2010 era, but rose to high fame with a bang from 2019 onwards.

The much loved fabric hair tie was invented by a New York based nightclub singer and pianist Rommy Revson in 1986. With the hope of finding an alternative hair accessory other than the plastic and metal hair ties that often leads to hair loss when taking out of a ponytail or bun, Revson sewed a cloth fabric around a piece of elastic. She got the inspiration of creating the first ever scrunchie of the world from the elastic waistband of her pyjamas. The first prototype of the scrunchie, a black and gold design, can be seen in the Smithsonian Museum today, along with the sewing machine that has been used for its manufacture. She named her creation as Scunchie after her pet dog which also had the same name. After she obtained the first design patent in 1987, Revson sold the license to Scunci International, an existing hair accessories company who initially called the creation Scünci. Later, the company added the “r,” as it sounded better and was easier to say. According to the company, the name Scrunchie perfectly suited the hair accessory as it srunches up or appears in a wrinkled pattern in the middle.

The Bollywood movies of the 1980s and 1990s saw a number of popular heroines don attractive hairstyles like high ponytails mostly with a brightly coloured eye-catching scrunchie. Many iconic ladies who had worked for Hollywood industry back in the 90s era have also dished out amazing hairstyles with the scrunchies. However, the word ‘Scrunchie’ always brings to the mind about the famous dialogue given by Sarah Jessica Parker’s iconic character Carrie Bradshaw in the superhit television series Sex and the City. Although the dialogue ‘No New Yorker in her right mind would ever wear one ( scrunchie),’ might be touted to be the cause of disappearance of the scrunchie from the fashion world in the 2000s, the wonders of this hair accessory have now been fully understood by the millennials and they continue to embrace and style it in a number of innovative ways or rather say, experiment it , with their hair.

The materials with which scrunchies are now manufactured includes silk, cotton, leather, net or any combination of materials. Scrunchies have been more beautified with colourful prints, intricate embroidery or made blingy with the incorporation of various types of sequins. To make it more innovative and useful for the customer, scrunchies are also designed as mini purses today with the addition of a hidden zip within its folds and renaming it as ‘zipper scrunchies’. From sizes to patterns, scrunchies have undergone a series of upgradations till 2021.

Gives a uniquely distinct look to the hair

Unlike make-up products that presents a distinct look to a lady’s face, hair care products does not make the tresses appear unique. However, a scrunchie can wonderfully serve the purpose of making any hairstyle look more stylish and attractive. With its glossy texture and beautiful designs, a scrunchie has the capability to make an uncombed messy bun or a simple sleek /curly ponytail look more dramatic. It also beautifies an intricate bun or braid that has been made with a number of complexive folds. When a piece of fabric has the capability of prettying up the hair just as a beautiful outfit speaks volumes of the beauty of a lady, who wouldn’t want to embrace the scrunchie and put up a huge collection on their shelves in order to decorate their hair strands differently every single day?

One of the reasons of why the scrunchie was invented in the first place by Rommy Revson was with the goal of reducing the damage of hair accessories to the hair. Unlike the metal, plastic or rubber hair ties which cause some hair strands to always come out of the head when we untie it at the end of a day, scrunchies do not do so. The fabric of the scrunchies does not cause any hair fall and gently comes passing through the hair whenever we untie it. Put on a ponytail, braid or bun, the scrunchie does not pull out even one single strand of hair even if we had to untie by rolling over multiple folds of our tied up hair. Due to the reason of gliding out of the hair easily without causing any damage to it, scrunchies have always remained the go-to accessories for the modern woman.

When our hair looks as if we have poured a can of oil over it, or it appears uncannily tousled and dry, the scrunchie always has the capability of beautifying it. In short, it can be said that scrunchie can make any kind of hair look perfect. Wearing it over uncombed wild hair can make it look good and it can also help a neatly done hairstyle look uber chic. Therefore, scrunchie has always remain an ideal hair accessory whenever we are in a hurry and just have to go by putting our hair in place with it or have to make a beautiful hairstyle for the upcoming function slowly and carefully.

The millennials have now found a dual purpose of styling up their scrunchies as bracelets in order to colour coordinate it with their outfits. Scrunchies have today also been designed as a spare and useful mini purse for the Gen Z ladies so they can use it safely and in emergency and also keep it away from the reach of pickpockets. 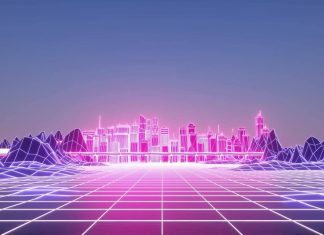 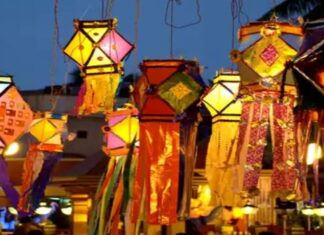 Lighting up Diwali the kandeel way