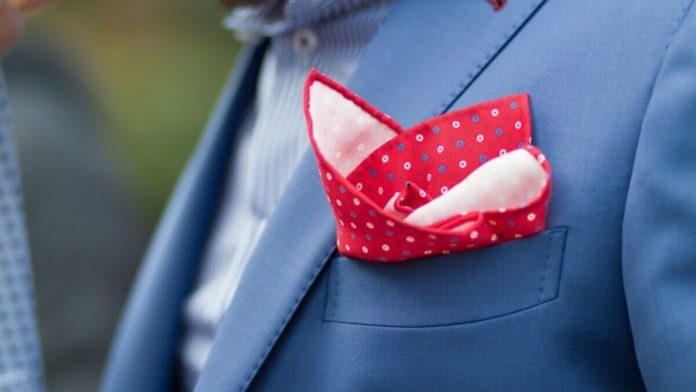 Tracing the origins of a fashion accessory that remains woven within the larger ambit of its functional precedence is a job easier said than done. And yet the history of the sartorial spanning over the ages enables one to eke out even small changes in perceived notions of an item of clothing, as to when it transformed from being a need of the daily way of life to being a show of the times. The fancy premises of the pocket square is one such area up for exploration that continues to emerge from an identity that almost equates it to the more versatile context of what handkerchiefs have been doing for long. Essentially a form of the handkerchief indeed, but rooted more in the alleys of style in the present time, pocket squares have evolved tremendously over the years to today shine in an eminence of their own, peeping from breast pockets of suits donned by men in all their striking aesthetic and lush folds that ooze oodles of sophistication and flair. Looking back at the history of this very shine through element of a stylish ensemble grants us a walk along the lanes of fashion in some of its ambiguity and all of its trademark allure.

Like so many other continuances into the modern times, pocket squares or more appropriately handkerchiefs have been in prevalence among humans since at least the ancient times. Traceable to the early Egyptians is some evidence of the use of ceremonial pocket squares, as unearthed pieces of red colored linen at Hierakonpolis points to their use. Significant in their style obviously, for the red oxide powder that colored the cloth did not really dye them meaning that washing these small bits of cloth would have drained them of their color. As the first ornamental pocket squares therefore, these discoveries of the 4th millennium BC likely set the tone for what was to follow in the ensuing times as this particular piece of clothing went on to become more intricately ‘fashionable’ as possible.

Fast forward a couple of thousand years and the ‘true’ pocket squares made of bleached white linen had already marked the expanse of the wealthy in Egypt. The famous funerary stele of Keti and Senet housed inside the Kunsthistorisches museum in Vienna depicts the two sisters with their pocket squares. Also prevalent around that time were handkerchiefs in the natural linen shade of off white even as tailorings in silk obtained from China were also available for the high and mighty of the time. Anyway however, these handkerchiefs were still used by the wealthy for hygienic reasons, such as removing encrusted dirt from the face before eating.

Beyond Egypt, it had been the expanse of the Greeks that is credited as another probable region of origin of the pocket square in its decorative, or at best ‘luxuriously’ purposeful essence. Perfumed pieces of cotton cloth, indeed handkerchiefs, were carried by some dwellers of ancient Greece as a means to keep unpleasant smells at bay, mostly such body odors that arose as a result of less than optimal frequency of bathing. Interestingly, this particular premise of why handkerchiefs came to be has been reiterated time and again in the human way of life all over globally but most prominently in France where a similar need for this otherwise relatively small accessory of fashion saw its widespread use in the 14th century. Even then though, despite the very practical purpose they served, these handkerchiefs have been still mostly ornamental since they did not yield any exerting, physical use as such rendering them therefore more akin to modern day pocket squares of impeccable fashionable flair.

The dwelling of the pocket squares through the antiquities continued with the Romans as well, beginning with Caesar but enjoying further popularity during the later reign of emperor Aurelian when the small silk or linen kerchiefs were waved by the masses at the games that were so much a prominent occurrence at the famed Colosseum in Rome. Even further ahead in time saw the Roman clergy wear a white linen ceremonial handkerchief over the left arm as a mark of devotion, something that evolved into a strip of silk over the course of the next half a millennium. By the 9th century of the Common Era, it weren’t just the religious but also the nobles of Italy who began to be carrying handkerchiefs on their left hands. While the century that followed saw the Egyptians taking a fancy to more luxurious pocket squares made of such elegant materials as linen, silk brocade, and tissue thin wool and silk, which made them therefore even more prominent assertions of fashion over functionality.

But it is most vehemently the dawn of the 14th century during the wee years of the Middle Ages that brought the pocket square more into the limelight. King Richard II who reigned over England from 1377 to 1399 is most famously credited as being the one who made the handkerchief more an accessory of fashion, therefore igniting its transition to becoming the modern day pocket square as we know it today. With a square handkerchief always on his person, which though was still used for maintaining hygiene of the face and the nose, King Richard perpetuated a long standing popularity of these pieces of cloth that would persist dominantly upto the 1700s. The stylish premises on which these pocket squares rested was apparent in their really flamboyant embroidery, that combined stitches in red or black silk with an occasional thread of gold and silver further contributing to their gleaming presence. The extravagant flourish of the pocket squares continued also along the years of the Renaissance when they came to be embroidered even more lavishly or were fringed elaborately with laces. By that time therefore, their sustaining popularity made pocket squares an indispensable and functional part of the respectable man’s wardrobe until the turn of the 17th century when almost every single person in western Europe unfailingly carried a showy piece of this accessory on them.

More conformity was introduced into the order of the handkerchiefs and the pocket squares persisting as fundamentally similar but still significantly different items of clothing when the large realm of the handkerchiefs was sized down during the later years of the 18th century. Upon the insistence of his wife Marie Antoinette, King Louis XVI of France ordered handkerchiefs to have lengths equal to their width, precisely a standard size of 16 square inches thereby ushering in the more definite and ‘official’ square shape of them that helped today’s pocket squares achieve the distinctive identity that they presently rest in. The Turks followed up with this square precedence in the 19th century, that overtook their largely religious predominance and emerged as pocket squares of more solid colors with shades of contrasts running along the edges. But despite its prominence as the pocket square since at least the times of Marie Antoinette, pocket squares did not come to feature in front pockets of men’s suits as they do today. Till the Victorian era, these square handkerchiefs still hung out of back pockets which made them soiled even without use as they mingled with all sorts of other pocket staples. Eventually therefore, pocket squares made their forward move, more specifically to the left breast pocket of the men’s attire, in the 19th century when two piece suits started gaining precedence on the fashion radar. However, men still were carrying two handkerchiefs, the used, dirty one continuing to dig deep into the trouser pocket allowing therefore the pocket square to gain ground as a bona fide fashion accessory that flashed right up the front in immaculate, stylish measure during the turn of the 20th century. Continuing since then has been the tradition of the pocket square that essentially lives on today in also certain ‘principles’ of its own. The pocket square was always intended to indeed compliment a man’s shirt and tie but never directly match them, both in color and in fabric, so that this element of style stood out rather tastefully in subtle evocation of the fashion world’s awe inspired gaze.

The 20th century saw an even more popular preference for the pocket square in essentially its style quotient when the Duke Of Windsor popularized bright silk squares in the 1920’s. Remaining in fashion for a good four decades, the square sized kerchief of sartorial importance gradually began falling out of favour since then before going on to experience a resurgence of its iconic appeal during the turn of the millennium. Rolled along its hem unlike other handkerchiefs, pocket squares also attained the versatile status of the latter since it came to be done in a range of folds, ranging from the austere to the flamboyant. Particularly with the Dandy style returning to cause flutters within the fashion circle, the pocket square has also better evolved to today flaunt a more modern , offbeat aesthetic. Notable here it is though to mention that despite the classic rule of pocket squares meant to be never worn as an exact match of the the other aspects of the outfit, the world saw indeed an aberration during the war time of the 1940s when these accessories matched up somewhat eyesoringly. But as they say everything is fair in love and war, so too perhaps this ‘audacity’ of the war timers to not conform to the sensibilities of style for a trend that thankfully was short lived. Today, the pocket square is one of the most convenient and ‘safe’ choices of accessory to sport for men, transforming as it does the entire look of an outfit by elevating it from simple to standard and from basic to classy, reinstating the belief that the age old Irish proverb encompasses when it says “Always carry a pocket square to show, and a handkerchief to blow”. 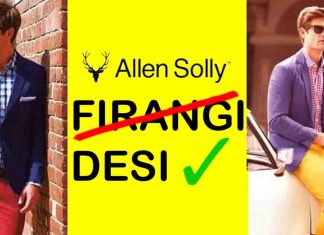 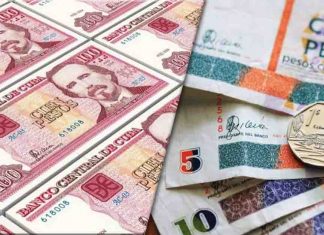