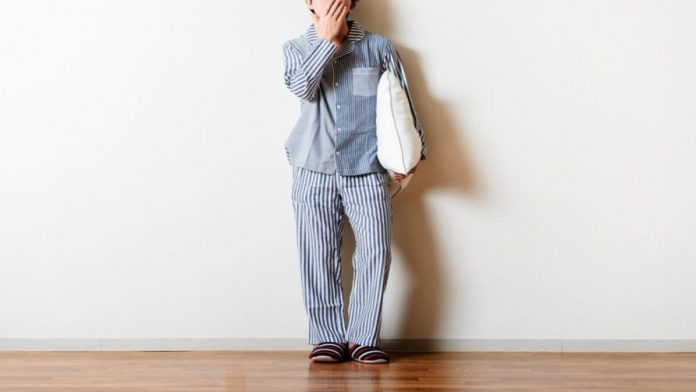 Something as essentially residing in the vibes of relaxation as what slipping into our favorite pair of pajamas affords in all their luxurious comfort, the fashion of the present day and specially the current times is inconceivable without this garment of utter fancy and frills. Encompassing a certain flair even when they are one of the simplest, most basic ‘outfits’ that your less dressier self swears by in all their functionality and ease, pajamas are a seemingly modern day arising that charts the much touted route of comfort, the premises of which are deemed so essential for a true understanding of fashion steeped among the aesthetic echelons of convenience and identity. But despite all their adherence to the contemporary awareness of fashion being not restrictive but liberating, the easy- breezy essence of pajamas have been gracing the world of the apparels for more than a few centuries in history.

While the word pajama itself did not attain such definite identity in expression up until the 13th century, the concept of pajamas as comfy enough pieces of clothing that mostly confirmed to night time needs free of the fussy adherence to style and substance have prevailed since even earlier times. Their documentation in times pushed further back in the alleys of history though is not as easily encountered, probably because they had not emerged to be mainstays yet of the world of fashion. But their existence since at least the Middle Ages cannot be negated, when they used to mere shapeless entities restricted still to the royalty, even in all their simplicity. Inspired by Asian costumes were these early designs of the pajama that used to be dresses with every attribute of them large enough to quintessentially allow room enough for comfort, in ample amounts of it.

But it wasn’t until the dawn of the 13th century that the name for these types of comfortable clothing was derived. And despite their already relevant prevalence as long, flowing dresses then, the word pajama that came to denote such items of clothing referred however to a particular type of legwear. Pajama or pai jama is a Hindi word derived from Persian that itself translates as leg garment, with the allusion being to wide fit or loose, lightweight trousers that could be fastened with a fitted drawstring waistband, worn by men and women alike throughout the Middle Eastern and South Asian regions, but most commonly attributed as being of Indian origin. Paired with a long belted knee length tunic, these pajamas were thus encountered in a stark range of varieties and style at least within the domains of the eastern world from where they had their origin, and where the exploration of their ease wasn’t just a ritual confined to bedtime.

In the years that followed through the course of the subsequent centuries, the then humble enough pajama however started to venture into European territories steeped already in the charms of style by then. Customised to fit the style standards and climatic conditions of the western world, pajamas received a major facelift in that part of the globe when the influence of their comfortable style was carried over in the 1800s by the British ruling over Indian territory to their own nation, from where and when the concept and notion of pajamas began to come across as more commonplace an element of lifestyle. Surprisingly however, despite their essence in their place and time of origin as an unisex garment that were meant to be worn at night for long hours of comfortable sleep, the crossover of the pajamas into the western world brought about certain limitations in its assertion, both in functionality and in identity. Women were somehow left out from embracing the ease of liberty that pajamas necessarily incorporated into their wide legged essence throughout the 19th century and it took the fairer sex a rather resounding assertion of their identity to afford themselves the comfortable luxury of these otherwise not mainstream pieces of clothing, hinging on something as remarkable as the rise of the women’s suffrage movement to wade in the waters of a territory that encompassed also the fashion rights and styles of females.

It was also in this ‘era’ of liberation pertaining to the years of the 20th century that western shapes began to be streamlined into pajamas, in the pursuit of a culture that has expanded tremendously since then to find a very trendy, modern day expression as something widely embodied by the popular reference to them as PJs. Embarking therefore also in such shapes and silhouettes that diversified their standing as a garment and allowed them wider romps in the understanding of fashion were these western interpretation of the pajamas that endowed upon them the dual identity of also effectively functioning as loungewear or daytime attires in relaxed comfort. But the breakthrough achieved in this realm of the pajamas was indeed the rise to prominence of such pieces that catered exclusively to women, as the female pajama officially emerged as the hot pick in 1909, spurred by the interest that fashion designer Coco Chanel displayed in making this item of comfort also the ultimate beauty outfit for the ladies. Thus, as androgynous shapes were driven out in favour of fitted silhouettes, that accentuated the female shape with contrasting tight waists and flared legs, even as bright patterns and lace trimmings coming to dot these leggy beauties, there ensued a wave of fashion dominance for the forever humble length of the pajamas.

Of particular interest would therefore be the emergence of a style of ‘beach pajamas’, that made its presence felt in the 1920s with women not only finally embracing the dignified allure of the pajama but also going on to dress themselves up in all its carefree charm. As a form of beachwear then meant for women, beach pajamas were indeed a startling revelation of sorts for a garment that did not even conform to the set expectations of the mould that women needed to resign themselves to, not very long ago. In fact, as one of the most famous Venetian beaches of that time Lido proclaimed itself to be “the beach of sunshine and pyjamas”, it helped augment the fashionable assertion that pajamas had come to encompass by that time. A fashion phenomenon hailing from the immense style consciousness of the celebrated Chanel herself, beach pajamas were so popular a luxury style manifestation by then that an up and coming beach resort became popularly known as “Pyjamaland” in English and “Pyjamapolis” in French. The fashionable expressions continued as around the same time, a certain type of evening wear designed to be worn at informal parties gained centerstage. Called evening pajamas then, they later rose to prominence once again in the 1960s as palazzo pajamas. Much earlier though, since the later part of the 18th century, footie pajamas meant exclusively for children have also existed as a loose-fitting, one-piece garment enclosing the entire body except for the head and hands.

Returning to the ambit of the 1900s, what had existed in the second half of the century had been something of a diversion from such notions as essentially imbued in the virtues of comfort and relaxation, as pajamas acquired a newer dimension. Perhaps continuing since the emergence of the beach pajamas had been a certain notion of sexuality that this item of clothing began to affirm, being made available in delicate, luxurious fabrics of silk and satin and the like in such styles that necessarily were doused in an appeal deemed appropriate to arouse the senses. Quite disparate it is then that the dawn of the new millennium began to bathe pajamas in a far more ‘easy’ essence, that took one step further the idea of comfort around which it had centered in its beginnings.

Today, pajamas encompass a heightened sense of all things that lets the wearer rest in a vibe very much in conformity along the lines of what the modern tendency to unwind and relax leads one to. A most immaculate form of dressing down that which has established its appeal beyond the hours of what would qualify as bedtime, extending well into the early morning hours and often also sometimes the entire duration of the day, especially on such rare occurrence of a certain 24 hours when we let ourselves cut some slack without any commitments to pester us out of the cosy confines of a pair of PJs, instead having us recline in their soft warmth as we take the luxury of a brush with idleness. Another commonly recurring theme pertaining to pajamas in popular culture is the reference to pajama parties, that are less idyllic, more hip, but relaxed still experiences of ‘nights in’ with friends, bonding and chilling and unwinding and enjoying to the fullest while being essentially dressed in this particular outfit of choice that indeed is the ultimate aid to the quest for carefree relaxation and continuing comfort in a life ever concerned with the nuances of a conscience rooted so much in fashion. 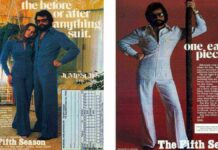 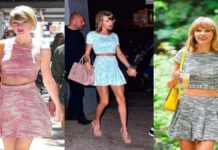 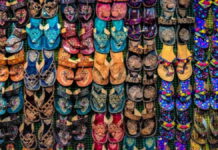