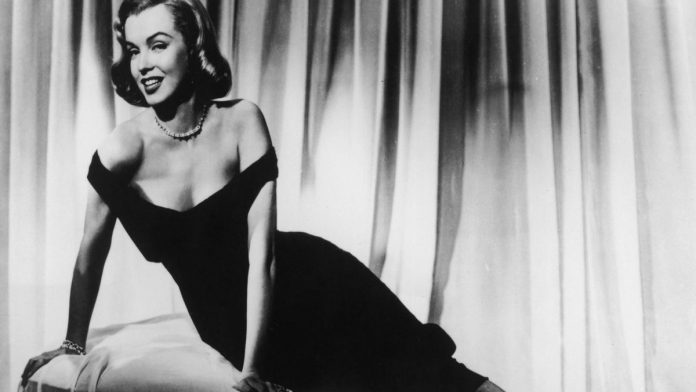 Black has forever been one of the most powerful of presences in the color spectrum. In all its premises, black can be as monotonous as possible. Yet it is within this very sable darkness that black has emerged from wherein lies its universal appeal and its timeless elegance. In all spheres of life, black has manifested itself as a color capable of causing much ado. Whether it be turning heads with its ravishing effect in fashion or traversing such spectre of human existence that see movements like #BlackLivesMatter gain momentum through time, black has never had an ordinary status. It’s position is one of prime adulation, it’s presence a hitherto unparalleled expanse of standing up for all that goes beyond the pearly premises of the fair.

In fashion particularly, black has been the eternal favorite. Even when orange is now the new black, it is our forever obsession with this monochromatic indulgence that leads even a hue as perky as orange to be equated to something as expansive as the mystery of the black. It helps also that black allows us to seamlessly blend in with the crowd, at least as effectively as it allows us to stand out with our stunning fashion choices. And of course, even with ages of being discriminated against in the larger side of life, black does not discriminate when it comes to fashion. So you can have a classic black saree looking just as sensuous as that pair of black skinny jeans you love to slip into. And of course who can ever overlook the stark sensibilities of the little black dress, which is arguably perhaps the most dramatic manifestation of the blacks when it comes to contemporary style.

For a style rooted so much in memory that it continues to be that eternal choice for a perfect night out with friends or a first date pick with the love of your life, the little black dress or the LBD as we know it, is always a safe choice. You can’t ever go wrong with it even when you can’t really christen it as something pure basic. Just donning the LBD has a flattering effect on you, as you indeed perceive a mood shift after slipping into its black premises. Call it the psychology of feeling good because you look good or perhaps the reason why the LBD has received so much of adulation throughout its history, this is a fashion consciousness rooted in our style psyche for quite some time now. With more than a century long history in tow, the little black dress can even be considered one of the most iconic pieces in women’s fashion and one that has heralded eons of evolutions in its own tiny being.

But for a color as ‘sober’ as the color of mourning, black’s march into the fashion empire has not remained a constant manifestation throughout its lifetime. The same color that which is associated with death was at one time the harbinger of romance and artistry, the black that makes us feel sensuous every time we let it adorn our beauty stems also as much from melancholy as it does from mystery. The only thing that however has sustained in black is the little black dress that goes beyond the mournful aura and the pensive gloom attributed to its color. To say that the history of the LBD has been as dramatic as the look it embodies might come across as some degree of exaggeration. But the many multitudes of relevance that it has reinstated itself in year after year, persisting in all its might even in the face of countless passing fads and recurring trends, makes this one women’s wardrobe essential all the more enigmatic a rendition of what fashion essentially embodies- a commonplace charm exclusive to one.

It has been popular perception to associate the little black dress with Audrey Hepburn who dazzled in a stunning Givenchy creation in the classic 1962 film Breakfast at Tiffany’s. But the history of the LBD is some decades older than that. It was several years back in 1926 that the little black dress came into being when the as iconic Coco Chanel published a picture of a short, simple black dress in American Vogue. Simple and accessible for women of all social classes, Vogue even went on to call this model of the LBD as Chanel’s Ford T, proclaiming that it would go on to be “a sort of uniform for all women of taste”. That however was too obvious a statement to make at that point of time, since the black dress was indeed the uniform for many a working class woman. Did the little black dress then, despite its archetypal origins, was actually a farce that emerged to be the dress for all from being the attire of the working classes? History indeed points to such evolution being possible since the prevailing norm in the 1860s among the British upper classes required their maids to wear a common uniform: a white mobcap, an apron, and a simple black dress with wealthy American and French families following suit soon after. In fact in its ‘origins’ spanning way beyond the times of Coco Chanel, the black dress was the staple in Victorian wardrobes as a symbol of mourning. But what perhaps rendered Chanel’s sketch a more imposing beginning of a fashion statement that would rule the style sphere for years to come was its public presentation and the timing.

Call it the business acumen of Chanel or a mere coincidence but what helped spur the little black dress to its zenith of popularity was that it was presented to the world at a time just preceding the period of the Great Depression. Through that era of economic turmoil, the black dress established its worth as an attire of both economy and elegance, albeit with some tweaks in the length of it. It also indeed was a sensible move by Chanel that her design came with little constraints cementing therefore the position of the black dress as one catering to the needs of all.

Over the years the little black dress has been subject to wide interpretations. Be it the sexy, figure hugging version of it or the flared, flirty and feminine style, the black dress has undergone the test of trends to establish its versatility as a fashion staple across all times. From sheath dresses and pouf styles to even in gown designs, the black dress has prevailed in the fashion circuit ever since its emergence, in such reiterations that rendered it immediately the darling of all fashion conscious women.

For an attire therefore of such prominence, it is no bit a wonder that Hollywood has had its continuing trysts with this one particular fad that just refuses to fade away. First emerging on the big screen as a fashion statement since black was the safest color to work with among them all, the little black dress continued to enjoy prominence. From during the period of the second world war when the widespread rationing of textiles allowed for a sustenance of the style to the period of the 1950s that was a remarkable time for sexual conservatism, the black dress returned to being a fashion symbol of the daring, often dangerous women. In the years that followed, the black dress saw significant cuts in its length, making it more appropriate of being christened as the ‘little’ black dress. Be it therefore in Breakfast at Tiffany’s or The Tall Blond Man with One Black Shoe, The Graduate or Possessed or Gilda, the little black dress has been all over with its glitz and glam- stylish and fashionable but dwelling also on such derivatives that the color black has always been most adept at delivering.

Beyond the silver screen also the little black dress continued to make public appearances at distinguished events like film fests and parties et al, but it was the iconic Princess Diana who firmly established the badass emotions that the black dress is all capable enough of personifying in its innate allure in her 1994 ‘revenge’ dress. A very significant moment in royalty, albeit in the whole of the time that forever speculates public perception of celebrities, Princess Diana’s black Christina Stambolian dress that she wore at Serpentine Gallery’s summer party, hosted by Vanity Fair in June 1994 on the very night her husband Charles, Prince of Wales admitted to being guilty of adultery, was perhaps one of the most epoch creating moments in recent history, even irrespective of the fashion statement that was made. But in its striking black presence, in a stunning off the shoulder, form fitting dress not very fit of royalty, Princess Diana perhaps did indeed project quite a different version of herself to the public forever accustomed to lauding her as The People’s Princess.

While the story about what went behind the princess donning that stunning sartorial creation is one that remains mired in quite some ambiguity, this indeed was another moment of retribution for the little black dress itself. Whoever believes fashion can never go anything beyond mere style and fads sure needs to assess for once the stark response that this symbolic donning by Princess Diana in what was perhaps her most daring public appearance ever, holds even to this time. Perhaps putting in perspective how the deceptively simple little black dress has been the ultimate symbolism of glamour even in so mainstream a presence in the fashion world, the different interpretations of it in its different appearances only point more and more to its ‘veteran’ significance. To believe that the little black dress cannot be viewed as a cultural icon as well would be perhaps to deride it of its style esteem, for what part of culture does not make allowance for such styles that are transcendent in their triumph over segregated stratum of modern society? In encompassing every aspect of beauty within its sheath of variegated stemmings with however a common, widespread reach, the little black dress is the timeless fashion statement we can all seek pride in. Whether that be the pride of a 100 year legacy or simply the esteem of a dress well donned, this is one style staple the world won’t ever do without. 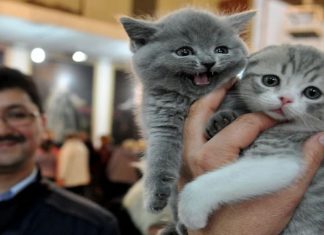 Squeezing the life out of ’em cuties! The practical perspective of love