Daring and dashing, unconventional yet common and popular as well through the times and across the ages, the roar of the leopard is one very familiar encounter that the fashionable fancies of the world have mastered in surprisingly aesthetic presentations of it. Evoking indeed that fierceness in power of their being through something sartorially presented as a visage in its characteristic pattern of skinned identification is the leopard print that has been so explored an element in style and across all aspects of it that has rendered it iconic indeed a symbol in cultural reference.

A definite part of the whole animal print revolution that swept sashayingly the fascinating alleys of fashion most prominently sometime during the 1930s, this leaping to legendary status of the leopardic sense in what occurs today along a range of different circulations in lifestyle as a whole however outweighs the other associated connotations in the animalic interpretation. And for good reason as well. With such unmissable attributes of its character as bold and confident and fierce and fearless and independence and non conformity empathetically etched upon every single pattern that conjures up the striking sight of this print of all power, the definite dots of the leopard speak of a significance nestled not only in the tailored mode of its crafting.

And yet it has been in this very essence of standout visage and bold manifestation that the leopard print has been often ‘reduced’ to being not mere eccentricities of fashion but relegated instead to such effect that contends the inherent status of them. Often proclaimed as tacky or gawdy or outlandish or even unreasonably demanding of attention not too long ago, the leopard print has seen its share of ups and downs in coming to dominate today the high echelons of the fashion industry. That, despite the fact that when it initially came into being, it had been representing of quite the glory in luxe sophistication and refined royalty, commanding at once both the definite identity of being alluding to an exotic richness in physicality as well as summing up in substance aspirations of the fiercely free and the tastefully tantalising.

It indeed is this latter assertion in allure that also endowed upon the leopard print such recognition that made it all the more indispensable a part of the fashion wardrobe. That is one facet of its character defining again of the boldness necessarily ingrained in the very ‘spotting’ of it, explored this time in such capacity that deals with the captivating still, even more so of the sensuous. Sexy for sure, whether one elaborates its essence across the desirable premise of the arousing or tends to stick still to that independence and courage signifying some sort of a mysterious allure even in all apparent visioning of its eyecatchingness, is the century long almost predominance of the leopard print that has by now established itself as a classic armor to yield indeed within the ravishing repertoire in donning and wearing.

But this feature of its as essential identification too is one not rendered inescapable from the dichotomies of what has characterised in nature as far as cultural and social viewings of it is concerned. For even in its arousing basis of aesthetics, one that revolves around such fantasy ideas of desire and devotion and the pleasurable and the sensual, it again is non favour that something as powerful as the fierce assertion of the leopard appearance has managed to find.

Unfurled across such notions of the undesired that resonated in loose translations of sexual availability rather than desirability, it has been this particular ‘motive’ believed to be camouflaged by the glaring play of the leopard print that brought upon this classic element of style such ‘significance’ in aversion that went to be rather scouted upon the ground of its viewing as trashy or even cheap. But even in this trait of the not so desirous, and indeed in its unavoidable presence in what surely as hell does not occur as austerity, the leopard print has seen such wayward achieving in recognition that makes it absolutely the ideal of such character that one can merely like or loathe but never dismiss in defiantly definite dimensions of dwelling.

Defiant and definite sure describes every inch the dynamics of what conjures up this spectacle adorning bodies and beings in this mannerism of spectacularity. Rebellious across its identity in idiosyncrasy and very assertive in the certainty of its thunderous evoking of the majestic wildlife of which it is emulative, the leopard print is a marker in all things that are surely a notch above the rest and embodies to that effect an exclusivity that is what has made it rule the spaces of fashion and style and thereby living in general across a maverick span of time. For all its classicness though and in all its eternal essence as well, leopard prints have been mostly remarkable as a woman’s range of roaring in the stylised awareness of them.

Enduring in the continuity it has established itself over which renders it thus a residing in the extended reach of the relevant, this spotted starring of the fashion world has earned for itself a reputation that does not give as much as a damn about the unwanted suggestions that it has been so often made to stand for, in and beyond reason. And it is this derivative of its distinction, of donning impeccably both the ravishes and rages of what it supposedly stocks up on that explains also its surprising interpretation in the exclusively fashionistic fulcrum. Thus, even in all its dominant description afforded through the employment of such adjectives as striking and capturing and alluring and astonishing, the leopard print has been, rather surprisingly indeed, often viewed as a neutral identity in what makes up the stylishly symphonised substance of it.

In first view of it, or even in largely held general perception of its nature, leopard prints are the last of fashion assertions to emerge as nondescript in the very essence of it. For while the very tonal assertion of this particular mainstay of wearing and living might involve the fairly basic play of the blacks and the goldens (or the browns or the oranges as the case might be in interpreting the skin tone of the animal), the sight of it still is more than dazzling enough in its coming together of that display in majesty unmistakably evoking of the grandeur that the leopard itself stands for. But allowing for the sensibilities of style to take centerstage in deft eking out of trends and fads and assertions and aesthetics altogether and this not exactly but still almost muted musings in ordinariness as far as color is concerned is sidestepped by the definite rosettes of what the print stands for.

In all harkening therefore of the power and independence and the confidence and the extraordinariness of what makes this particular version of the animal print possibly the most fantasised element in that respect within the lifestyle spectrum in general and the fashionable fluencies in particular is the versatility that resides there as so characteristic a manner of its potency, of what makes it a feature in permanence rather than a fleeting fad doomed to die away in as much unremarkability of its non prominence as the frenzied sporting of its being in life. For indeed even in its returning and rereturning to dominate fashion walks and style shows over the years, the leopard print has been carrying of a definiteness that is anything but yet another trend in the otherwise surprisingly short lived arousings of fashion.

And thus there it is- upon the streets and on the runways, adorning the hip and the humble alike, endorsed by celebrities and enthusing the commoners, and the unmissable splash of leopard prints galore is what speaks for itself. In its effect that does not really need a complementary piece to standout and yet manages to shine through even with the most swashbuckling of colors utterly contrasting its palette, this is a fashion phenomenon indeed that most establishes the exclusivity of what even a singular strand of stylish semblances can do in its individuality. Strong so as to say in its mighty assertive sight that does not really call for another layer of flair to bring out the spectacularness of its governing but one that would not be offset even with another as quirky mode of expression, the leopard print might be better off single but is still so accommodating of the whims and fancies of a world forever aspiring to make a mark that makes it so conveniently conducive a character that no one can ever have enough of.

That said though and perhaps as a corollary to its drawing upon the confidence it is known to exude, the wearing of leopard prints is no less a statement in itself. For to carry off this immensely non conformist agent of whatever it is that pleases the common conscience in such seating that is not so much more than just a dab of the striking calls for a boldness that one can perfect in physical donning only if they have truly mastered the art of being steeped intrinsically in the weaves of its nuanced spanning.

That is to say, to call upon the leopard print an essence of such identity that truly emblazons upon its display that awe inspiring nature of what the elegant feline encompasses in all its range of associations, each as striking in their revealing as the very skin out of which they entail, is ultimately what emerges as the exact expression that perhaps led humans to explore this ergonomics in fashion design in the first place. As something so timeless not only in the extent and range of its reach across time and space but also in its effortless transitioning over the threshold of the seasons, embodying as impeccably the boisterousness of the summers and the springs as it does also of the resilience of the winters and the autumns and establishing by that effort its own reputation as a classic choice comfortably and certainly ascertaining its own place in the wardrobe, this natural creation of the feline lurking in the style closet comes across as a fashion interpretation that no human conceived trend can ever be curated to attain. 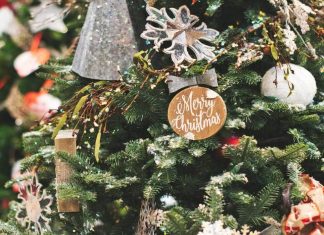 The best checklist ever for cheering in a Merry Christmas! 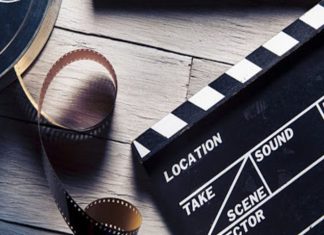 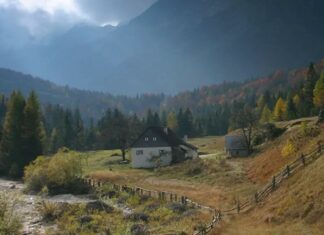