One of the oldest motifs to have graced the patterns of fashion through the times and persisting still in its many a universal incorporation into items of style, the ornamental basis of the paisley design continues to be a recurring concept within the pursuits of a world that sees expression in shapes and figures. An iconic pattern in fact, that perhaps is one of the most prominent of encounters scattered in history and over fabrics, the paisley has continued with its relevance beginning from its ancient Indo- Persian origins that effectively took on a more stylised identity in name to dominating even today the modern, more nuanced and more aware priorities that fashion has come to rest in.

Essentially incorporating within its folds the intricate Persian motif of the boteh or the buta, the paisley name came to stuck in means that are rather diversified- and interesting- as far as its origins go. A design that inhibits in a pine cone or almond shaped form, this remarkable stemming of the east went on to embody its distinctively English identity after the namesake Scottish town that burst into the scene, rather late though, sometime only in the 18th or 19th century, by mass producing textiles with the design pattern on them. Particularly with the production of paisley shawls, the town came to gain widespread attention curiously therefore spurring further the evolution of a design that what had led it to popularity in the first place. More indigenously though, the design has stuck with its original nomenclature, of being called the buta that while might have distinct Persian leanings also manifested more in its richness of a crammed but organised pattern courtesy of its prevalent use in a range of Indian textiles, most notably Kashmiri shawls which incidentally was also what was replicated in creation by the town of Paisley to lend the now iconic motif its as recognisable modern day name.

Beyond its more popular name, the paisley motif continues to further its roots with the Persian lineage, being deeply entrenched in not just aesthetic but symbolic leanings of it within the ambits of the cultural exploration of a land so distinctively artistic and revered. Meaning a bush or shrub or thicket in Persian, the boteh is believed by some design scholars to be a symbol of life and eternity in the Zoroastrian religion, in its representation of a floral spray combined with a cypress tree. Even beyond the doctrines of this particular belief, the religious and spiritual connections persist particularly with Hinduism even as the design is said to bear an intriguing similarity with the yin and yang symbol. The seed like shape of the design is also believed to be symbolic of fertility even as in a number of Indian and Pakistani languages, the local name by which the buta design is referred to happens to be somewhat related to the many words that mean mango. Equally prevalent are the viewing of the paisley as a lotus or a bent cedar, the latter of which is seen as a sign of strength and resistance rooted though in modesty. Ancient Babylonians likened the same motif to a date palm shoot that uncurls into a symbol of plenty and prosperity thereby keeping open avenues for exploration of what is today a truly global figure of fashion and an iconic recurring manifestation of style sensibilities.

Originating sometime during the period when the Sassanid dynasty had been the rulers of the empire, the boteh had also taken shape then as a tear drop earliest known reference or even as a floral design in Iran that was wholly an aesthetic symbol of royalty. The earliest known evidence of a boteh motif in its Islamic interpretation was discovered at Afghanistan’s Blakh city in its Noh Gumba mosque, set perhaps in design of its 9th century construction. Weaved into fabrics that would go on to clothe the royalty of the times, the paisley continued with its regal and noble affiliation well into the next millennium when it next rose to esteemed prominence between the 16th and 18th centuries when the Safavid dynasty reigned over Persia. Sometime before that, at some point of time in the 15th century, the boteh began to venture out of Persian territory and make its inroads into Kashmir in India where it gained ground in textile designs as the buta. Almost immediately, the motif found its way of adorning the exquisite Kashmiri shawls but it wouldn’t be until the 18th century when that these shawls would come to be most significantly associated with the design pattern. It was again in this very century as mentioned earlier that the motif came to be known by its present day name after its introduction to the western world.

As diverse as the many regions of the world where the paisley pattern came to flourish extensively is also the many ways in which it is worked out in design on a range of textiles that go way beyond the clothing realm to also find expression in other associated items of lifestyle and culture and tradition. While Persian and Central Asian designs usually range the boteh motifs in orderly rows, with a plain background, the Indian working with the buta is more in sync with its asymmetric shape. Appearing as a pattern that clusters together numerous such motifs in unidentical sizes and shapes and colors, the expression that the paisley finds in the Indian context is similar also to its stylised presentation as explored in the European manner. But it is in Azerbaijan where the buta, as it is known as there as well, underwent its most significant development and continues to be an integral part of its many a traditional items of importance. Azerbaijani rugs, the traditional women’s headgear kalaghai as well as other textiles, paintings of decorative-applied arts, decorations of architectural monuments all feature the buta in abundance in the country, considered the most ancient among all its national ornaments. In its region of origin Persia as well, the boteh is necessarily incorporated into the making of its world famous Persian carpets while in India beyond its more notable fore of the many luxurious shawls of Kashmir, the buta has also found expression as a traditional ornament of the classical dance form of Bharathanatyam while being incorporated also into the design of the luxurious Kanchipuram silk sarees. Uzbekistan on the other hand feature the motif most prominently in its traditional doʻppi caps even as elsewhere it is everything from paintings and jewelry and frescoes and pottery to curtains and tablecloths and quilts and carpets that the buta or the boteh continues to be woven into to deliver magically beautiful items of both tangible and intangible worth.

In the more explored norms of fashion, paisley came to rule with its flair a range of diverse items of clothing like of course the Paisley shawls most commonly worn by men but also on men’s ties, waistcoats, and scarfs as well as jewelry particularly in the western English speaking countries. Another very unusual item of style where paisleys went about making their mark were the many paisley bandanas that grew to be immensely popular during the late 1700s and particularly in America during its tryst with the American Revolution. Evolving from then to emerge as a symbol of the American west by the 20th century, the paisley bandana echoes the popularity of the motif as a significant assertion of style in cultural reference, finding favour as it did among the iconic rock band The Beatles who influenced considerably its craze in appearance among the masses during the 1960s. This incitement of interest in the motif by the band had also been crucial to the establishment of the rather ancient design as also a notable iconic recurrence that had slipped into somewhat of an obscurity after the 1870s, mostly due to its rampant and substandard production facilitated by the many a western innovations in techniques related to textiles and the like.

It is quite surprising though that in its asymmetry, this geometric, almost floral pattern of the boteh that still is open to interpretations strikingly diverse and dramatic, came to capture the attention of a world consciously or unconsciously but forever seeking out beauty in the perfection of symmetry. This diversion from the established and almost innate proclivity towards the consistency of aesthetics by discovering beauty across the curvy and captivating, but still dainty enough charm of this motif of symbolism and style perhaps can be attributed to its rich history and powerful versatility that allows it to blend seamless with all elements of fashion and the like, while still coming across as a distinctively molded identity in itself. In its continuing relevance deciphered deep within its ancientries, it is no wonder then that the paisley continues to dominate the haute couture of fashion and the commonplace of life and style in as much flair and charisma as it has been doing for centuries since. 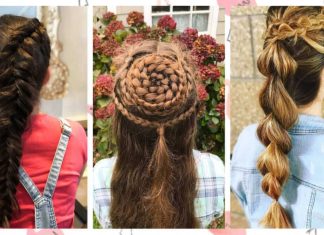 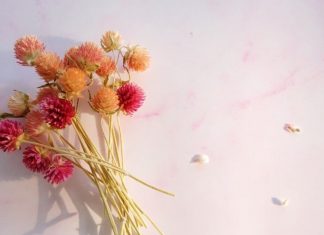