Dressing for a job, whether it’s the one you want or the one you already have, is a fairly popular mantra of the professional world. And indeed, while fashion and professionalism might seem to be two completely unrelated, mutually exclusive realms of governance, today we know in much certainty that looking presentable and therefore being well dressed is more poignant a factor of career growth than what we can imagine. So ingrained is this mode of emphasizing one’s role and status along the realms of the working world that the fashion conscience governing this particular aspect of life rests also as exclusively in an assertion of its own even while being inclusive still of trends and fads marking their style along its esteemed alleys, albeit in somewhat different sensibilities, each concerning their own.

The substance that the understanding of style commands in this world of the professionals however is a remarkably powerful exploration of the nuances of what we essentially view as fashion. Associated with this inextricable way of the modern life that adheres to the terminology of a job in strictly exact understanding of what caters to the professional is this particular mode of dressing that has today emerged to gain wide ‘accountability’ as power dressing. Emerging some time in the 1970s and rising to greater prominence soon thereafter in the succeeding years of the ’80s has been this exclusive style of the professional world that interestingly arose as a phenomenon dictating and dictated by the increased stepping up of the women component in the workforce. And while power suits today are unbiased in their adherence to the fit of both the male and the female bodies, it had been amongst the awareness of the female folk from where power dressing marked its exemplary itself beginnings.

What entailed the emergence of a specific form of dressing convenience to suit the modest and marked essence of fashion on the job however rests in such premises that are not very progressive. With the female identity forever seen in a body made to be sexualised, perhaps drawing upon its biological capacity for reproduction but also behesting through the societal belief of women not being capable of furthering careers of their own, power dressing had to make indeed its power assertion of emphasising just how equally capable women were of charting out their own individual courses in a world largely considered to be a man’s dominion. And the point to be made would never be achieved through mere words and even accomplishments, since with a whole world of mentalities forever ready to pull down every advanced leap of what they considered the fairer sex, women would never be let to do what they set out to. It therefore was essential for something visual and therefore something that would manifest as being instantly prominent to do the initial talking for women, ushering in therefore a whole different dimension of fashion within the monotonous, replicative sartorial repetition that characterised the boring to death visage of the manly enough professional world.

The more embracive years of the 21st century that does not harness as obsessively the power of the naturally endowed but made restrictive societally power of the gender divide, even when the differences still manifest more than starkly in a range of such related and isolated ways of continuance of the human identity, means therefore that the terminology of power dressing and the associated notions therewith are not as assertive. But as a style of fashion that delivers still the purpose of its tailoring while contributing also to awarenesses that might concern the aesthetics and also the benefits of being presentable and looking good, power dressing continues to yield its power in the business world. Also expansively spread out across the occurrences on the political stage is this very indicative mode of dressing that despite its late 20th century rise to prominence as a commercial and therefore more steeped a phenomenon of fashion, was in fact initiated much earlier, through the visionary creation of the iconic Chanel suit in the 1920s.

In its development, the Chanel suit was however not exclusively an attire of clothing that would come to help women assert their place of prominence in just the professional world. A turning point in the very way women dressed during those times was this creation, deliberately designed to adapt to the changes in the way of life accruing to them but gradually expanding to also help them further their stand in the competitive world of the professional, in which assertion it enjoys rather elevated a recognition today. Specifically after the first World War, it was indeed the convenience and sophistication endowed by this now iconic particular Chanel look that facilitated women to pursue indeed their professional goals, facilitated by the emergence of a diverse set of opportunities as part of the post war transition. Though inclusive of traditional masculine elements, the whole ensemble of the tight skirt with a tailored collarless button up fitted sleeve jacket retained enough touches of femininity to help women assert as natural but dominant images of what they are capable of in all authoritativeness. Even with very evident derivations from the explorations of what constituted the fashion wardrobe of men at that time in terms of the padded shoulder jackets and the roll neck sweaters to ultimate design an attire that too was associated exclusively with men, the Chanel suit succeeded in helping women discover their innate confidence and flair through which they came to assert themselves as definite beholders of an identity that would grant them a standing in the echelons of the professional world.

This power suit of the early 1900s, that still was remarkable enough in its very origins, came to embody even more of the personal identity for females during the closing decades of the century. Making allowance for more visible elements characteristic of the fashion assertion of women was what governed the evolution of the power dress that moved away from imitations of the masculine style to incorporate as many ideas and ideals of femininity as could be along the different explorations afforded by the power suit. Very assertive of the female identity was this new interpretation of the suit that came to hold on to the essentially feminine preference in terms of fabric, cut and color while allowing also for ornaments and accessories to hold their own stead along the lines of this particular fashion assertion. With the effort more geared towards standing out through their own visible presence rather than attempting to mould themselves into the male image so as to thwart off also the notion of work outside the boundaries of the house being an exclusive male domain, the therefore dressed to work impressively power suit for women saw more and more traditionally feminine garments characterising its essence. Even something as essentially dressy as the blouse was endowed its own place within the suited appearance that more and more women came to sport even as certain assertions from the men’s closer reinstated instead in more feminine attributes as well. With these power suits now available to the empowered women in both pant and skirt options to choose from, the dynamics of the power game shifted indeed heavily towards women for a more evenly balanced world of the professional.

While the whole function of the power suit was intended to make women comfortable enough in their everyday standing to go about getting jobs done and also to lend them an aesthetic that would make the world sit up and take notice, not for the physicality of their appearance but for the personality of them, the manner in which this revolutionary indeed style of dressing set about this agenda of work was by altering the image of the female body or rather in making it less subjected to sexualisation in interpretation. The shift in dynamic attempted and brought about therefore by this treading of the fashion route hitherto unexplored makes it more significant a fine tuning of the sartorial that effectively touched down upon not just the modules of visage of which anything fashion and style is traditionally known to conform to but inducing in fact a change in societal workings and to a lesser but certain extent a shift in the thoughts shrouding the collective consciousness. The increased emphasis that the power suit came to receive on account of such epochal changes it helped trigger made it also crossover to the more intense realms of the political, from where it gained entry also into the nomenclature of popular culture. As some of the most popular female public figures has donned this style to power over the years, the power suit has not just manifested and retained its appeal and essence but in fact has grown in stature over what it is capable of. Beginning with the one time British Prime Minister Margaret Thatcher whose wide shouldered skirt- blouse ensemble complete with a particular Asprey handbag made her the original power dresser to other prominent personalities like Princess Diana, Hillarly Clinton and Michelle Obama as well as many others not necessarily limited to the fore of politics and diplomacy, the power suit has grown and regrown over the years to amass a stature that stands out in its vision of style not however sans the sensibility it had been steeped in origin. It might be somewhat ironic that challenging the traditional norms associated with femininity as concerns its appearance in the bodily form had to be the way out for women to say out loud and clear the many ambitions they harboured and were more than capable of delivering both in intent and in reality, but the way the frivolous considered fancies of fashion helped attain this pursuit of massive significance truly is a testament to the power embodied by the essential indeed necessity of dressing for (wo)mankind. 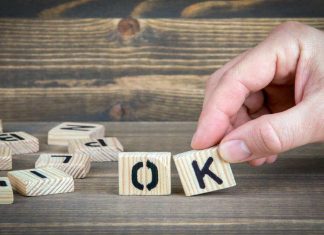 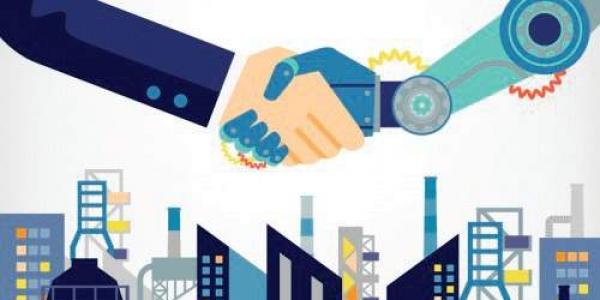 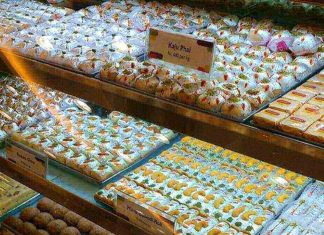