INNFINITY
Home Fashion The timeless and pristine beauty of Chikankari Chikankari is a traditional and ancient embroidery style of India that looks extremely beautiful in any kind of outfit. However, the intricate stitches which forms the prominent aspect of the Chikankari embroidery in addition to other stages of preparation describes about an artisan’s skill, concentration and hard work behind it. If a person happens to find an outfit with Chikankari embroidery while shopping online or offline, the pretty patterns of stitches strongly attracts the sight of him/her and make his / her eyes admire the thread work in such a way that other attributes of the cloth like its quality, size happens to take a backseat for a fleeting moment. The factors like size and quality are brought into consideration only while buying Chikankari embroidered outfits as shopping for clothes cannot be done without paying heed to these parameters. The sheer beauty of Chikankari embroidery work can outshine many other types of textile decorative arts that involves the extensive use of thread and needle.

The word Chikan itself means Embroidery in English and the art is mainly practiced in Lucknow. Some of the historical sources mentioned that Greek historian Megasthenes described in his book that the Indians used to dress themselves up in muslin clothes with flower embroidered motifs. Although Megasthenes’ account of a textile work similar to that of Chikankari embroidery in India dates back to the 3rd century BC, another unconfirmed but widely believed tale is that a thirsty traveller who was passing through a village in Lucknow came to the house of a poor peasant requesting him for water. After getting water from the peasant, the traveller became delighted and decided to teach the art of Chikankari embroidery to him in order to ensure that he never remains hungry. However, the most popular historical story that has also been established as a factual tale is that the Mughal empress Nur Jahan brought the Persian art of Chikankari embroidery to India and taught about the techniques of this delicate fine art to the people of India. Being a talented queen who can perfectly design artistic threadwork, she along with her husband, who is a lover of fashion himself, conducted many workshops to teach the Chikankari embroidery in detail. It so happened that the art of Chikankari embroidery passed down through different generations because the beautiful thread work still continues to be practiced by expert artisans in India apart from Lucknow.

Lucknow received a Geographical Indication (GI) status due to the Chikankari embroidery from the Geographical Indication Registry in December 2008. Apart from the enthralling monuments, natural beauty and delectable cuisine, it is the Chikankari embroidered outfits that has made Lucknow a must visit place of India in the global tourist map. Moreover, a number of tourists who come to the City of Nawabs go back to their native places with bags full of Chikankari embroidered outfits for themselves and their dear ones. Started as a white-on-white embroidery form i.e. white thread work is done on white clothing material, the Chikankari embroidery is now done with threads of various colours. Although it was mostly done on muslin or silk in the olden times, the Chikankari work is now found on cotton, chiffon, georgette outfits too. To do the Chikankari embroidery, the design is first drawn and the same is then carved on a block of wood. The carved wooden block is then soaked in dyes following which block printing is done on a garment. After the garment is cut into the desired shape, the thread work or the intricate stitch pattern is done over the printed designs. There are 36 types of stitches that an embroiderer has to know when dealing with chikan. The thread work comprises of features that looks like that of a jali or lace pattern. Chikankari is actually a type of shadow work embroidery which means that the thread work done on the back of the clothing material is also visible as a type of shadow on the front. However, the thread work is done in such a way that the designs on the front do not overlap with those on the back and both the sides looks appealing to the eye. After the thread work is completed, the garment is subjected to quality check following which the ink is washed off. Before readying the garment for the market, it is starched so as to obtain the right stiffness of the fabric.

The Chikankari work is now beginning to get a global market, all thanks to the Bollywood celebrities who have begun to flaunt ethnic and western outfits decorated with the ancient textile art. With each look of Bollywood celebrities – right from their dresses and hairstyles to accessories and makeup- being well documented, it is no surprise that Chikankari embroidery came to be much noticed after they stated sporting outfits having the presence of the ancient intricate thread work. Hollywood has also found Chikankari to be appealing. British actress Dame Judith Olivia Dench grabbed the spotlight each time she made appearances in film festivals or award shows in Chikankari outfits. From the casual Chikankari Kurti found to be worn by a lady in the street to the expensive bridal outfits like sarees or lehengas seen to be flaunted by a smiling bride as she is all set to enter a new phase of life, the ancient embroidery has made its grace felt with style in the fashion world in a modern avatar. The basic Chikankari embroidered outfits mostly comprises of thread work done over flower and leaf motifs. However, embellishments like mirror work, gota patti work, pearl work, Mukaish work and various other designs are also incorporated in a Chikankari embroidered outfit to give it a formal fusion look. Meanwhile, Chikankari work is also carried out in tops, skirts, gowns and other kinds of western outfits because it has the capacity to make any outfit attractive to a customer. Chikankari work is found in menswear too. The ancient embroidery has made its presence felt in Sherwanis , jackets and even shirts too.

Chikankari has been able to retain its timeless beauty mostly due to the fact that it makes designs come alive in different kinds of stitches without any form of bling. Although loud embellishments are paired with Chikankari outfits mostly to churn out various fusion designs for the customer, it cannot be denied that the basic white Chikankari Kurti with only white thread work has always remained a classic and is even now in high demand as it can be seen to be worn by ladies to colleges and offices. Therefore, it can be said that stitching is a good skill to be accquired and perfecting it to become an expert can be a wonder for any person. 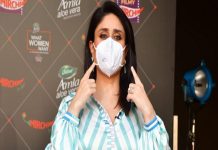 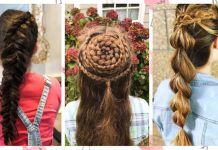