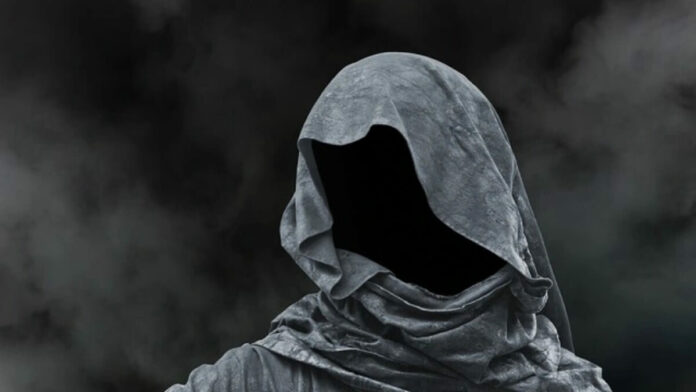 However magical and unreal they might seem, cloaks happen still to be a part of the garb under which we traverse as well the starkly real confines of the world. They have been useful items of clothing relied on by societies and people through time, they have been fashion statements as well in and outside their purpose of serving and they indeed have forever been essential markers of a realm fantastical.

Think Harry Potter and you would know the magical residing indeed of which cloaks are so evocative in their reputation as staples. Slipping into one might be quite ‘overpowering’ an idea as something that they can do indeed in all their immense element of magic. But they are more than convenient means of thwarting the advances of an unfavourable weather mostly which is what makes them as practical even when they might not exactly seem to be such. In their many types and styles and forms and even ‘nationalities’, these generally sleeveless and free flowing identities of what emerges as cloaks can themselves be quite a style ideal to even swear by, seasonally or at most occasionally though.

Adhering to the standard definition of which cloaks are essentially identifies in would be the classic or traditional style of it. Shaping up as a loose one piece garment with a provision to tie them in front around the neck after being made to drape over the shoulders, this is the most ordinary version of the cloak but one that is not any less dramatic though in the vision that it conjures. That it works about that aspect in its serving even when being extremely functional in its essence as a protective garment is what makes it the timeless, classic pick that it has proved to be.

One of the most distinctive types of the cloak, both in its style as well as in its cultural assertion, the serape occurs as a striking Mexican identity. Striking indeed it is in all the very vivid colors of its make but as prominent also is the blanket like unfurling of what conjures up a vision in proud prettiness. Serapes are prominent also in the larger size of them as well as the frills of characterisation through their fringed ends. Especially worn by men traditionally in indigenous prints and patterns worked out along as traditional colors, the serape cloaks of the modern world often come fitted with a hood and in a knee length specification mostly making them even more fashionable and functional a style element.

A lengthier assertion of the cloak in its classic style, the opera interpretation of the garment flows as a ravishing sight of all flair. Adhering indeed to the ‘opera’ essence of what this version of the arts tends to be is this style of wearing essentially inhabiting the character of grandiose. Luxurious in its make and even more dramatic in its floor length reach, while tending to be more form fitting than the other typical plays of the cloak, even when it is not really tailored to precision, opera coats are a definite residing along the more elaborate lanes of what sums up the cloaked identity.

Of nineteenth century origins when it emerged in a ‘meant for men’ identity before ‘opening up’ indeed to the women requirement as well sometime at the end of the 20th century is the much identifiable emergence of what has come to be known as the Spanish cloak. Even in its relatively modern dating though, this long, open, sleeveless cloak obviously worn in the Spanish world might be scouting of some history. Believed to have originated upon the ancient basis of the Sagun garment is the Spanish cloak or what is known more natively as the Panosa.

This latter name is a reference to its cloth make, emerging in a wide flight fashion with bands of velvet lining endowing some color show upon its front. This second lease of its life was viewed as being much steeped in its style essence, seen as fashionable and elegant, made to manifest also in being exclusively playing out through standard colors of black, blue and navy brown. The woolen residing of its body is an effective attempt at functionality as well, explaining the popularity of its prevalence still among Spanish folks.

The term mantle might be the Latin iteration of a cloak itself but the specific reference is to a style of long, loose cape like cloak. That had been the narrative through the 12th to the 16th centuries when they were worn by both men and women. More contemporary interpretations of the mantle style tend though to be a more generalised allusion to a similarly loose fitting garment. In its eminence as a piece of clothing more erstwhile in prominence, the mantle had been a royal specialty indeed, identifying also in the alternative term of a ‘royal mantle’. Often lined with fur or made from silk or muslin and detailed with laces therefore, the mantle is yet another evocation of the swaying indeed fashion of what cloaks are.

A rather remarkable rendition in what the cloak has been customised happens to be the prideful New Zealandic emergence of it as the Korowai. One of the most unique cloak styles that one can ever flaunt in all its prestigious allure, the Korowai spans as a woven garment noted though not only in the make of it. A mark of prestige and honour very significant to the Maori culture is this aesthetic looking cloak that is immensely elegant and elaborate in its decorative surface.

Tasseled in a manner that dresses them in a feathered look, these are fine flax coats with randomly attached Muka flax fibre adornments that define their very prominent visage. Stemming as a stunning ensemble indeed and one that is all the more assuaged in its corresponding national identity, the beauty of the Korowai is such that is non occurring in any other cloaked style.

Pelerine is a style of cloak worn by women in such design that can be considered as exquisite indeed. Though Pelerine in itself identifies as a cape, the prettiness of its make has meant that is often styled in cloaks to churn out therefore this really stylish identity of the cloak. Singled out in its shorter front and longer back, this make usually of dark wool however would be most noted in the sheer luxury of a muslin or silk fabric. Essentially white or beige or otherwise light colored, often elevated in embroidered or ruffled or featherworked characteristics, the drama that unfurled through this shorter version of the cloak wouldn’t be any trimmed though in the elegance of its allure.

Another unique type of the cloak that plays out through a geographical identity, the Faldetta stems as a Maltese take upon the garment. Essentially hooded and exclusively female in its leaning, this style also known as the ghonnella had been a means in clothing devised to ward off the weather in both its hot and cold occurrings. Interesting as well in its description as a ‘western garment worn in an eastern fashion’, this generally mid calf length cloak of essential national character might not exist today as a functional item of fashion but back in the day, it had really esteemed significance. The image of its wearing was one distinctive as well, with its extended length meaning that women had to hold one or both sides of the cloak in her hands for unobstructed mobility in walking.

The very assertive aesthetics of the cardinal cloak should have meant that it would never fizzle out in appeal at least in fashion if not in function. Quite curiously though, it would be sported only during the specific years of the last third of the eighteenth century. Wooly and headed in its make, this female piece of clothing perhaps was named due to its characteristic residing in the cardinal red color. That though is not a very certain take on its origins that might have been of English character then spreading to find acceptance by the American women.

It might have been the denseness of its construct that perhaps proved to be too committed to its functionality to retain the needed essence in versatility even when the tailoring of it wasn’t a mindless fashion gamble by any sorts. In fact so ‘considered’ had been aspects of its design that saw it endowed with a gathered hood to not crush the hairstyle of its wearer. But that it still did not impress enough with its cardinal identity to continue to be relevant is an account ‘cloaked’ somewhat in some perplexes indeed.

Cultural yet again an expression of the cloak, the burnous isn’t exactly the lightweighted assertion of what cloaks mostly are. It instead is a woolen construct of the garment with an accompanying hood of the Arab world, particularly worn by the Berber and Maghrebi men of north Africa. It though also found expression in a crossover cultural character having been a distinctive part of the uniform of the French Army of Africa’s spahi cavalry. The ceremonial essence of the Burnous continue to define its identity in the modern world with it finding prominence as part of ceremonial wear by the men of the region.

Of course there exists no ambiguity on this ‘style’ of the cloak- it is simply a shorter assertion of what typically emerges as an understanding of the more common full length vision of the garment. Devoid therefore of the length of what might be functional in terms of warmth but endowed hence with the functioning attribute of practicality, small cloaks would generally assert as a lightly gathered expanse of cloth. Wrist length is the most common measure for short cloaks even when they can be available in other custom measures. Short cloaks tend also to sport collars over hoods that though again is a feature easily alternated between as per preferences. 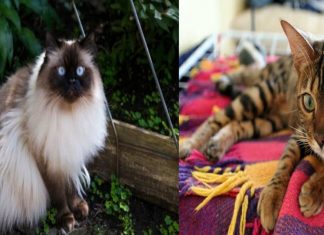 Most popular cat breeds in India to look out for if...