Call it comfort food or luxurious indulgence, there’s no denying the love and adulation that biryani commands. An essentially one pot dish that is as wholesome a meal as it is a sumptuous treat, biryani is forever revered, celebrated and devoured with gusto and praised to glory. But this widely popular, universally eaten and undeniably delicious dish has far many interpretations than you could have ever thought of. Here’s 20 such types pf biryanis that are so unique that we can bet you haven’t tried yet-

Native to the Malabar region of the Indian state of Kerala, the Thalassery biryani rests with an identity of its own- both in the rice used and the manner in which it is cooked. The authentic Thalassery biryani is made from Khyma rice, again native to Malabar and is cooked seperately from the meat. The cooked rice is only added to the meat later and mixed with it at the time of serving. Authentic Malabar spices lend a distinct flavour to the dish, that is very aromatic but not as spicy. A lingering sweet taste charactes this variaant of the biryani that also comes with a very close second cousin, the Kozhikode biryani.

The Kozhikode Biryani or the Kozhi biryani also hails from Kerala and is a specialty of the trading community of the Mappila’s. Also prepared with Khyma rice native to the region, Kozhi biryani differs from its Thalassery counterpart in that it does not fry the rice before including it in the preparations. The Kozhi variant also is pretty low on the spice quotient and depends almost entirely on its fried onions to deliver with its distinctive color and taste.

Even die hard biryani lovers might not be remotely aware of a biryani that has its origins in India’s city of dreams. Bombay biryani is a melting pot of exotic flavours and authentic aroma that comes with its own distinctive hits and misses. Fried onions and spiced potatoes dominate the proceedings of preparation of this particular type of biryani even as the addition of dry plums and kewra water render a slight sweetness to it. Derived from the Irani style of biryani making, this version deserves to be much more famous than it currently is, given its play with ingredients and its really unique taste.

Another namesake biryani that is a very prominently explored and enjoyed dish all over the world is the Sindhi biryani. No prices for guessing from where it originates- the Sindh province that is now a part of Pakistan. Characterised by the flavour of sour yogurt and spicy richness as well as for its tender meat, this exotic tasting biryani also relies on additions like plums and nuts as well as dry fruits and finely slit green chillies to deliver with its piquant taste and unique appeal.

It might be dubbed the Poor man’s Hyderabadi biryani but Kalyani biryani is a distinctive version of the popular dish altogether as it is made only with buffalo meat. Definitely cheaper than chicken or mutton biryani, this biryani hailing from Bidar in Karnataka is however no less flavoursome. Somewhat tangy because of the ample use of tomatoes and rendered a characteristic taste due to the beef or the buffalo meat used, this version of biryani is also worth a try for non- fussy and die hard biryani lovers.

At a time when meat- crazy foodies are shunning vegetable biryani as sheer blasphemy, it’s indeed heartening to know the vegetarian version of the classic biryani is very much a reality. Known as tehari biryani or tehri, this in fact is a really popular dish across the northern region of India as vegetarians and non- vegetarians alike relish it with panache. It is interesting to note that even as a veg specialty, tehri is incredibly popular across Hyderabad- which earned the title of the UNESCO Creative City of Gastronomy for its namesake non- veg biryani, and has its origins in Awadh, another region particularly known for its meaty biryani.

A simplistic meal cooked with rice and many veggies, it is indeed the humble potato that is the must feature in this type of biryani. Also a popular street food in Kashmir, this authentically spiced dish also goes by the name subz-e-biryani for blatantly apparent reasons!

A distinct play with the Awadhi style of biryani preparation, Kolkata’s trademark biryani comes loaded also with soft boiled eggs apart from all those chunks of meats and potatoes. Sweet and subtle, the exotic Kolkata spiciness rests relatively low in its biryani preparation, seeking to make the sumptuous dish one that would soothe the senses more than titillating them. Infused with the flavor of rose water and the essence of the saffron tint, the Calcutta biryani also has its meat with a yogurt based marinate cooked separately before being added to the rice. A light yellow colored dish, this considerably light on the plate dish is worthy enough to go for a second serving!

In its very name, the mughlai biryani conjures up images of a plate fit for the kings. And it very much is, in essence, in legacy and surely every inch in its encompassment of flavours and taste. Succulently cooked meat chunks find their way into the pot in which kewra scented rice has been fried in ghee and are then cooked further to perfection with a wide blend of spices. Brought into the country by the erstwhile Mughal rulers, this seemingly regal dish delivers delectable deliciousness in its every spoonful.

Arcot biryani or Ambur biryani was brought into the country by the Nawabs of Arcot and this offering of the Indian state of Tamil Nadu is another distinctive version of the biryani. Meat subdues the rice in this dish even as this particular biryani stems from a different variety of rice- a shortgrain called the seeraga samba. Even the meat is treated differently- soaked in curd and flavoured with coriander and mint after which it is added to the cooked rice. And while the entire world relishes a plateful of biryani with a nice, mild raita, ambur biryani needs to be savoured with a bowl of sour eggplant curry, the ennai kathirikai if you want to derive the exquisitely authentic flavours.

Karnataka’s Bhatkal town comes forward with its own interpretation of the biryani that is a very distinct diversion from its many other counterparts. Perhaps the most unique aspect of the Bhatkali biryani is that it does not involve the marination of the meat that goes into the biryani. Instead the meat or even the fish, if you so prefer, is cooked in some masalas before the half cooked rice finds its way into the dish. Topped with mashed onions and garlic or spices and chillies and also curry leaves, the Bhatkali biryani is a must try for all those who crave for as distinctive flavours as possible to be incorporated by their soul and hunger saviour.

The wonderland that Kashmir is, standard Kashmiri cuisine is as much wondrous and rich like its steeped up beauty and its hearty appeal. Expectedly then the Kashmiri Biryani is as sumptuous a treat as you would expect it to be. The addition of dry fruits and the infusion of milk in this particular type of biryani is what elevates it to the status of shahi recipes that you would want out of Kashmir.

An exotic offering of southern Karnataka, the Beary biryani might be a milder version of the much loved one pot dish but this does not make it any less extensive in its preparation. This particular version of biryani is cooked with rice that has been well mixed and rested overnight with some ghee laced spices. The subtle flavour and the distinctive fennel aroma is what makes this version stand out among its more pronounced counterparts.

It’s surprising that in a country so obsessed with biryani, one particular version of the popular dish remains so hidden in obscurity. That’s the Kampuri biryani, native to the northeastern state of Assam. A very simple dish in which various vegies are cooked with meat before it is mixed up with the rice, this variant is only mildly spiced with some infusions of cardamom and nutmeg. Needless to say this is a light to the stomach yet appetisingly wholesome meal that is a striking array of colors and flavours.

Among the many interpretations of biryani by the southern states of India, more prominent is Tamil nadu’s Dindigul Thalappakatti Biryani. Native to the Dindigul region of the state, this version of biryani is unique due to its sour taste brought about by the generous use of curd and lemon juice and the peppered up jeera samba rice. The tanginess helps not only in helping the dish retain its distinctive appeal but also balances out the heavy on the palate richness of the hearty meal.

Authentically attributable to the Memons of the Gujarat and Sindh region of India, the namesake Memoni Biryani is an extremely spicy variation of biryani. Characterised also by lesser use of tomatoes and lesser food coloring, this naturally exuberant dish has all the veggies, meats and the spices doing it up, both in appearance and taste.

Biryani in Sri Lanka is called the Buryani, a combination of Buhari, the first shop to have sold the dish there, and biryani. With its large Tamil population it is no surprise how biryani entered the mainstream cuisine and stayed there forever. Sri Lankan biryani is basically the biryani you find all over India, only that it tends to be a whole lot spicier perhaps to incorporate the myriad flavours of the island nation and to make it seem like much more native.

The Burmese interpretation of the biryani, Dan Pauk is a derivation from a very essentially Biryani term- dum pukht. The Dan Pauk is not very different from the many biryanis we have forever, though it also incorporates certain elements which we quintessentially associate with the pulao. Cashew nuts and raisins as also peas and classic spices like the clove and cardamom and the bay leaf make the Dan Pauk a wholesome meal to savour.

Nasi Kebuli is the Indonesian interpretation of the biryani, that is an unique fusion of the influences of numerous cuisines. Basically a spicy steamed rice dish characterised by the presence of a ton of spices and goat or lamb meat cooked in ghee and coconut milk, Nasi Kebuli tastes quite unique and seems to be quite a refershing diversion from many of the other types of biryani that taste almost the same.

The middle eastern biryani is classic biryani no doubt but where it tends to earn a separate distinction is its more pronounced use of saffron. However the components of this particular type of biryani are a bit interestingly different. Most versions of biryani in the middle east tend to have vermicelli and fried onions and potatoes, as well as almonds and raisins that does not only make it unique but also a lot richer.

The Afghan version of biryani is several notches different from popular knowledge of the one pot dish. In fact so much so that the difference manifests itself even in the name of the dish which is called biryan.

What is unique about the biryan is that dry fruits are used aplenty here but meat pieces tend to be sparse and smaller. Saffron finds more generously use perhaps because it helps to balance the low presence of other condiments. In fact biryan is so without some characteristic elements of the classic biryani we relish that it tends to be somewhere between the pulao and the biryani, rather than catering exclusively to the latter category. 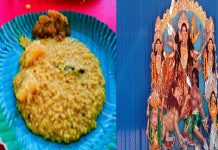 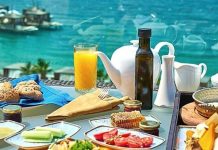 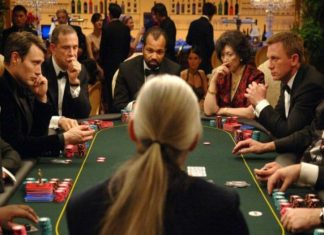 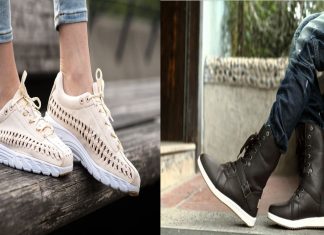 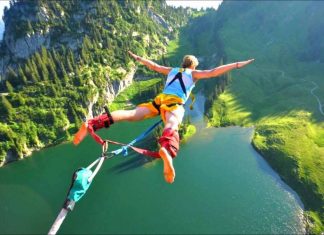