INNFINITY
Home Food 9 fascinating names of cocktails to totally amaze you
Share it:

Cocktails are fun, with all mixings and matchings, they are never bland. So how can they go bland with their names? Below we list 9 cocktails with the most fascinating names ever!

For a name as sinister as this, the Bloody Mary has a a rather uneventful history. But then, the histories are numerous. It might have either been named after Mary 1 of England who came to be known as Bloody Mary because of the amount of torture she witnessed in life or after a girl named Mary who happened to be known to the one who came up with the name. (Like obviously!) A house mix of tomato juice,vodka and spices makes up for this otherwise adventurous drink.

If you are wondering how a cocktail can possibly be named after a tool, we have the answer. A 1950 story has it that American oil workers in the Persian Gulf discreetly added vodka to their orange juice while on the job. And without any stirring device to aid in the proper mixing of the two drinks, the easily available screwdriver did the task quite well. A classic gateway drink for those just venturing into the world of cocktails, this one is pretty much decent stuff.

First things first- Tom and Jerry drink is NOT named after the iconic cartoon characters of times. The warm brandy and sugar concoction that used to be a Christmas staple in America.

Ironically however, the invention of this rather rich drink was made by a British guy Pierce Egan. But for all we know, the name Tom and Jerry was actually devised as a publicity stunt by its inventor.

Nevertheless, this delicious drink has our hearts set on it, much like the cartoon names it embodies. Cracking a dozen eggs and whipping ’em with delightful wintry spices, with generous pourings of heavy milk and liquor makes up this truly celebration worthy cocktail!

A New York bartender George J. Kappler was the one who coined Widow’s Kiss as the name of a drink that combines apple brandy, Bénédictine, Chartreuse and bitters. The origins of the stinging name however appears to be disputed- either Kappler named it after his dead wife or after the poisonous black widow spider’s lethal bite. Either way, this is a hard boozy cocktail, that quite delivers the punch true to its name.

Corpse Reviver is quite an outrageous name for a cocktail, don’t you think? Given that it cannot actualluy revive corpses. Actually nothing can! So this isn’t the elixir for sure. But it scores big on one point- the Reviver works well enough to dampen a hungover spirit.

While the Corpse Reviver 1 combines Cognac with Calvados―a French apple brandy; the Corpse Reviver 2 combines gin, lemon juice, vermouth and triple sec. The ‘rejuvenated’ version is more popular but perhaps it needs to go back to its origins. But a cocktail curing a hangover is a definitive call for even more boozing!

Fuzzy Navel might sound to be quite an inventive name, with all the quirks and references in place. However, as history spells out, it’s a rather ‘fuzz- free’ (read, fuss free) drink! Vodka spruced up by peach schnapps and oranges juice make up this rather fun drink. The smell of the peach fuzz emanating even after the addition of the navel oranges lends this particular cocktail its interesting name. Not heavenly as such, but definitely not boring!

Originating in the United States of America, Moscow Mule isn’t just a cocktail of vodka and beer. It’s even a concoction of businesses!

Vodka not being popular in the America, it failed to sell when the initiative was taken by one John G. Martin. Simultaneously, another man wasn’t finding any sellers for his copper mugs. So eventually both these men came together and started selling the vodka in copper mugs. Surprisingly, the trick worked and Moscow Mule was born.

Moscow Mule, though, isn’t a definitive name. The name is quite fuzzy and came to be only randomly named as it is known today. Interestingly, Moscow Mule has stuck to its origins of being served in the distinctive coffee mug. The equally distinctive taste of the brew stems from its jazz up fusion of vodka, spicy ginger beer and lime juice.

Among the world’s 50 best selling classics, the Godfather is a relatively simple drink with an equally simple naming ritual. A blend of Scotch whisky and amaretto in equal parts makes up this cocktail which is supposedly Godfather actor Marlon Brando’s favorite. Hence the name.

Why is a coffee included in the list of cocktails? You might be wondering. Because honey, Irish coffee is indeed a cocktail of sorts. A early 1940s story has it that the head chef of the Foynes Airport once served coffee with a few drops of Irish whiskey in it to a group of freezing Americans. And though it wasn’t a thing till the, Irish coffee surely became the preferred drink of the lot soon after. 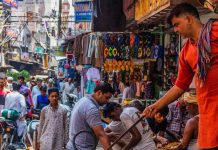 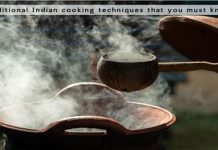 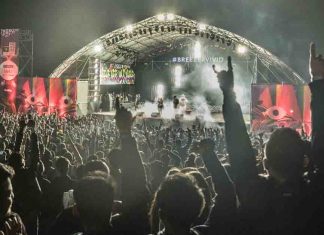