INNFINITY
Home Food Royalty resplendent in the tastes of a tradition Perhaps the most popular of the Rajasthani staples and one therefore ubiquitous to the very mention of cuisine wafting with aromas imbued by the warming essence of the Thar desert that crafts this northern state of India as an exquisite art in motion, Dal Baati Churma has to be one of the most popular regional specialities of the country. Relished by one and all, whether that be a first time enthusiast taking to the immense popularity amassed by this dish of a unique kind or those who have had the continuous good fortune of savoring this delicacy in all its lip smacking sumptuousness as a regular element of their meals, dal baati churma manages to entice one and all with its profusion of flavors. A crispy baked baati complemented with some of the most flavorful dal ever and perfectly accompanied by a bowlful of sweet crumbly churma- this indeed is a dish emerging as a match made in gastronomical heaven.

This heavenly pairing up of the elements that today carry a cumulative charm in its colossal commonness in the cache of the culinary however has not always prevailed as the present day close knit unit in epicurean excellence. Traditional indeed even in its maverick manifestation in catering to the sophisticated taste scouting of modish whims and as enjoyed as a festive speciality as it is in its commonplace setting of driving appetites to the ultimate experience in satiation, this most iconic of all Rajasthani dishes came to be this composite culmination of the cuisine through an interesting tale of its origin and evolution.

Definitely royal in its evident alluding to the royal land of the country, the history of the dal bati churma is as resplendent in its conjuring up of a food experience both aesthetically interesting and flavorfully wholesome. Surprisingly simple even in its scrumptious assertion in palatability is this multifaceted expression of a dish that presents an impeccable coming together of not just a medley of flavors but also a fusion of its texture. Versatile thus in catering to the foodie fancies of the savory and the spicy and the sweet alike as well as delightful in its balance of the crumbly and the crispy and the curry, this conglomerate in completeness understandably enjoys a fan base that is universally adhering to all tastes and temptations even when it occurs strictly in a quintessentially Rajasthani character.

In such immense reputation of it, of finding unfurling along the alleys of appreciation in all absoluteness, it should be only expected that the tale cooking up this whole Dal baati churma medley in synchronised multifariousness should be as common a recounting in the summing of culinary history. But rooted in considerable obscurity is the trail through which this distinctive taste of a unique kind came to chart its present glory as a meal of sorts in itself- nutritious and filling and complete indeed while serving exactly the attributes of the delectable.

Long back when the dish made for a chosen component of the food kind in the royal realms of Rajasthan, it was just one of its elements that embarked on what would be a route to ultimate indulgence. Finding earliest mention in the royal kitchens of Mewar during the times of king Bappa Rawal was the bati that was made then out of unsalted wheat, ghee and camel milk. Relished initially by the soldiers of the kingdom with curd and/ or buttermilk, this preferred wartime meal of the times came to be out of the ingenious thought of the warriors themselves.

The unsalted wheat dough would be broken up into chunks and buried under thin layers of sand and let to bake till perfection under the heady impact of the desert sun. And baked they indeed turned up as, and to delightful levels of the desired as well, enjoyed in as much delish with generous dunking into some ghee with camel or goat milk curd on the side. Rustic indeed in its very literal reference of finding rooting under the ground and across all imbibing of the elements that lend the baatis their characteristic mouthfeel, this royal still experience in richness be it the irresistible aroma of the ghee or the creamy goodness of the curd dousing the baati in a whole lot of flavors complementing further its own character in earth baked uniqueness did indeed set the premise for the iconic dish to being a phenomenon in all moresih might of it.

How this heaven of aromatic flavor came to be penetrated by no lesser a flavorful explosion of the dal so integral today to the prominently whole dal baati churma identity entails a tale of more affluent ravishes. Supposedly gorged upon by the Gupta traders who settled in the Mewar kingdom over time was the certain combination of five dals that became associated with all the savoring of the baked baatis. Panchmel dal as it came to be known due indeed to its integral ingredients of the five types of lentils namely tuvar, chana, moong, urad and moth endowed upon the wheat baati a proteinous essence, rendering it nutritive no doubt but also making for a interesting revelation in terms of flavor. The otherwise subtle expanse of the baatis would be zested up indeed by their dips in bowls of the spicy dal, making for such a profusion of flavors hitting the senses that made it an instant hit among all who tried out for once this combination in tremendously delicious richness.

Added thus to the cheap and convenient but also still healthy and filling choice of a meal of the simple baati would be the tempered excitement of a dal that only made it almost full course a staple in essence. Loaded with an array of spices and a motley of condiments the dal defined the entire digging into ‘euphoria’ that necessarily shaped up this never boring routine in royalty to make the whole dal baati thing a composite culture in itself. And yet despite all such exaltation in flavor and fame entailed out of this particular pairing through evolution along the expanse of the culinary, the ultimate rendition of an even amalgamated expression of perfection was yet to come.

Come it did though in the form of the churma but as a ‘mistake’ and not a method in conscious cooking as such. Hailing still from the house of Mewar would be this delightful addition on the plate that emerged as a serendipitous occurrence in sweetness. The story goes that once a cook accidentally poured sugarcane juice over some baatis only to discover as a pleasant surprise that this left him with some really soft balls of the baked kind. Embarking thus upon this even more delectable trail of both taste and texture, the women of the kingdom’s Guhilot clan resorted to this means of dunking the baatis in sugarcane or jaggery sweetened water to keep them moist and soft for their husbands. And from this accidental stumbling upon a sweetness substantial in its essence but milder in its experience by the taste buds, the trailblazing almost element of the churma found third resonance.

Made by grinding up the baked baatis into a coarse powder and mixed then with ghee, powdered sugar and dry fruits and flavored often with cardamom, this crumbly mix called the churma is as integral to the dal baati serving as the dal and the baati itself. Served as a classic combination in all its global glory as the dal baati churma and often accompanied by other sides of chutneys and salads or even mains like rice with also a fresh buttermilk concoction seeking to balance even further the rich undertones of this simple meal of immense fulfilment is this particular dish that has come to be the mainstay of the entire Rajasthani food experience.

Of course, so versatile is the whole dal baati churma assertion of the gastronomic that each element of it emerges as individually exquisite experiences of the most authentic tastes summed up in the cuisinal glossary of the state. The hard baked baatis make for an excellent food option in all their durability which is why similar reiterations of this flour based preparation are savored in a number of different ways as well and also in regions outside the royal confines of the Rajasthani identity. However when served as the most ubiquitous of all such identities under the dal baati churma classification, it is customary for the baatis to come across as luscious in their pure ghee dipped drips of fresh and hot baking to a beautiful golden brown assertion. No less typical would be the definite manner in which the serving of the dal makes for a very regal show, poured into a small copper bucket shaped vessel with a red chilli tadka on top. The churma appears as a separate serving upon a bowl but necessarily following on the dal baati narrative in such surety that any attempt aimed at discovering the essence of Rajasthani cuisine would never be satiated without the terrific togetherness of this trio in taste, texture and temptation of the realest royal recounting. 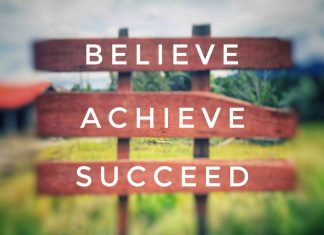 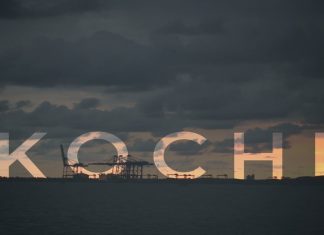 Your travel guide to kaleidoscopic Kochi: among Lonely Planet’s top 10...