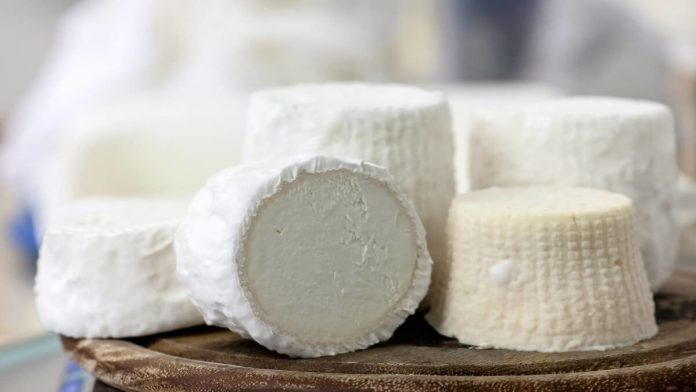 There are certain things in the world- read food- a handful perhaps, that appeal to all in the same measure with their universality in matters of taste of course but also because they dwell in a flavour characteristically different and thereby ‘tantalising’ of all taste buds there ever are. The first of such divine indulgences that command the audacity of only a handful haters perhaps is chocolate. The close second however would be something starkly different, yet embedded in a foody appeal that is of no less empirical renown- the sticky, sinful, almost sensational euphoria that biting into a slice of cheese- or a block of it for that matter- leads one into. It perhaps is the versatility of both cheese and chocolate that renders them as delicious as treats to bite into by themselves as they are as ingredients of even delicious delicacies that makes both these ‘c’ foods count as the most outrageously popular and consumed elements of the epicurean world. It also then is an apt measure of this veteran diversity that both chocolate and cheese commands also prices that range from the trifle to the extravagant, presenting themselves as delightful flavours to partake of by everyone, irrespective of any such distinction that might have held potential to thwart of their popularity at the pedestal of public pickings.

Our concern today therefore is of a particular variety of cheese that is the most expensive in the world- a status that it draws upon from its rather rare and remarkable origins. As an ingredient of the culinary that is made from milk, most often that of cows, buffaloes, goats and sheep, this exotic variant of cheesy charm derives however from a rather unique sources. Called the pule cheese and produced exclusively in a certain region in Serbia from the milk of a certain breed of donkeys, this extravagant pick of something otherwise as commonplace as cheese is indeed a novelty in more ways than one.

The Balkan donkey found only in the ubiquitous Balkan region of Serbia and Montenegro is the special element at work here, that with a yield of just some 300 millimeters of milk per day makes it a task therefore rather arduous to produce the artisanal, farmstead cheese so valued the world over. It however isn’t just the context of its rarity but also the equally exceptional fusion of flavours pule cheese brings to the palate that makes it worth its every dime. With some 25 liters of milk needed to produce just one kilogram of cheese, it is easy to understand already why pule cheese needs to be churned out to be the world’s most elusive, and therefore pricey form of cheese love. That, with the statistics that say there are just about some 100 Balkan female donkeys that are milked to make this exquisite variety of cheese pretty much sums up why pule cheese is an absolute steal even at a whopping 600 dollars per pound of it and why you might not be able to get your tongue around it even if you were more than willing to submit to such exorbitancy of the bucks!

Produced only in the Zasavica Nature Reserve in Serbia that in itself is a major wildlife refuge with its own exclusivity to boast of and the wetland status of which ensures that the Balkan donkey’s reared there are fed on a naturally unique fodder as well, pule cheese, or magareći sir as you would be saying in all its nativity, is undoubtedly one of the most ‘extraordinary’ specimens of culinary stemmings. Even with its particularity though, pule cheese isn’t the only rare cheesy affair that Serbia has been witnessing for almost two decades now. The country holds also the distinction of housing the world’s only producer of moose cheese, that makes also for no less staggering and unique an indulgence of the taste buds at a hair raising 1000 dollars per kilogram.

Returning however to concentrate on the ambit of a cheese seated in the dimensions of an existence in the animal world not exactly privileged, it is also its essence as a cheese made from donkey’s milk that lends pule cheese its distinctive characteristics. Rarely is the milk of donkeys made into cheese because as a variant of the most basic dairy product that however does not contain enough casein to facilitate its coagulation and hence conversion into cheese, it follows naturally that pule needs to have some other agent that would trigger the whole cheese making process. In steps the associated four legged physicality of the goat to lend some volume of its milk to make up what pule cheese actually is- 60% Balkan donkey milk and 40% goat milk. Crumbly and soft in texture with a flavor that is mild and sweet and clean to the taste, yet rich and deep in all its nutty exoticness, not to forget an aroma that lingers enticingly, pule cheese draws also from it being a smoked cheese to rest in a taste range as unique as its being. Also remarkable is pule cheese, once again in its origin, in the tremendous reality at work there- the making of cheese from the milk of Balkan donkeys arose first as an idea to conserve also the endangered breed of this rare species.

Beyond all talks of its atypical profile, perhaps what justifies again the expensive claims of pule as a cheese that is quite the ideal in a range of gastronomy that celebrates the distinctive flavours of it is also the many health benefits accruing to it being a product made from donkey’s milk. With a nutritional profile that far outranks what the composition of cow’s milk entails, donkey milk has been hailed as a health food since long. Strikingly similar to human milk in its lactose, proteins, minerals, amino-acid content, donkey’s milk is also surprisingly low in its fat content despite it being more lactose rich. With also 60 times as much Vitamin C as compared to cow’s milk, the dairy deriving from donkeys is indeed superior, a status only compounded further by its anti allergen properties that makes it only all the more suitable for children who do not exhibit a particular affinity towards cow milk.

Not just allergies however, donkey milk is believed also to possess such properties that make it particularly beneficial for those suffering from such medical complications as asthma and bronchitis. The lesser fat content as well as lower cholesterol levels found in the milk yielded from donkeys make it also a safe recourse for people with a history of heart issues. But perhaps the most ‘revered’ benefit of donkey’s milk that has enjoyed predominance since times in the historical past is its spectacular impact upon the aesthetics. Rich in vitamins and minerals that make it also a rich source of antioxidants, the effects of what is a rather unique and unconventional means of nutrition in regards to beauty has been particularly well established. Believed to slow down the ageing process by virtue of its rich nutritional profile, donkey milk found favor with Queen Cleopatra who bathed in the produce of some 700 donkeys daily to preserve the beauty and youth of her skin. Another historically distinguished figure who held donkey’s milk in same stature was Pauline Bonaparte, the Duchess of Guastalla and the sister of Napoleon Bonaparte. With also such benefits attributed to it that helped it to fight fever, fatigue, eye strain, weakened teeth, face wrinkles, poisonings, ulcerations, asthma and certain gynecological troubles as well as in boosting virility as per recordings in early history, it turns out that donkey milk can well be indeed the panacea to all ills.

As a cheese then based on the extraordinary premises of a dairy that is rare to come by even in its benefits pertaining to the human body since times immemorial, pule cheese is truly a one of a kind cheese to be gaining prominence. In its status as a rare bite into unusual deliciousness, one that is crafted meticulously in an identity ingeniously bespoke and one that harbours also the greater good of those from whom they stem, pule cheese is more than deserving of its exclusive reputation- of being not just the most expensive cheese in the world but also the most desired. For who wouldn’t like a once in a lifetime serving of the stretchy might of a cheese more precious than all our pantry staples combined and bearing more potential than any other mound of whiteness whatsoever? 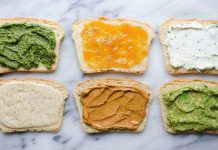 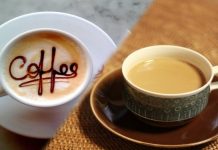 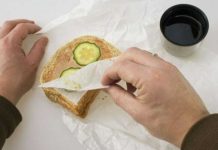 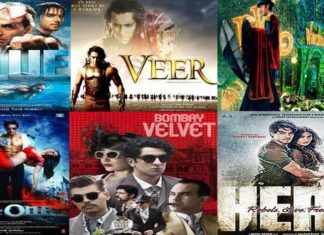 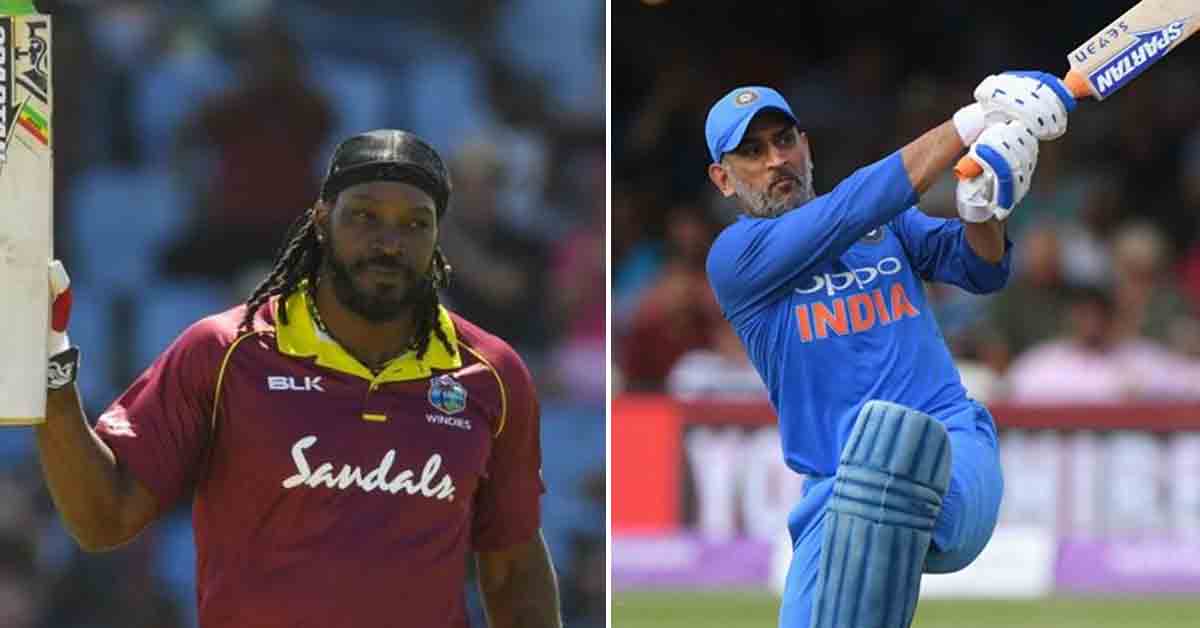