INNFINITY
Home Food Best fat burning foods that you can try without losing out on... Losing out on fat to stay in shape is one of those losses in life you won’t regret. Maintaining a healthy weight is essential, not just for the aesthetics but also to ward of health complexities. A balanced diet and a moderate exercise regime goes a long way in maintaining your health without you having to lose out on all the perks of life. Eating your way to healthy slimness has to be one of the best ways to ‘work out’. Here’s the 33 best fat burning foods that you can try without losing out on the taste-

For those of you who can’t do without your morning cup of coffee, there’s good news- you caffeine fix might be promoting burning of body fats! By accelerating your metabolism and also curbing cravings, coffee does wonders for you. Be sure however to keep the sugar stirring at a minimal for enhanced results.

The health and slimming benefits of dark chocolate has been long known and lauded. With its slight bitter undertaste, it’s apparent that dark chocolate is not as harmful as ordinary chocolatey bars for your body. But what in fact makes dark chocolate one of the excellent foods to burn fat is its high cacao content that translates to a higher concentration of fat burning antioxidant polyphenols.

Contrary to popular belief, potatoes are one of the most effective foods that aid fat loss. High on fiber and nutrients when prepared in the right way, potatoes have the potential to help slim you down without having to give up on one of those forever favorites.

The bunches of vitamin rich and fiber dense broccoli helps elevate metabolism levels thereby making the assimilation of good fat and the elimination of bad fat a super smooth mechanism that helps stay you toned and slim.

With their protein loaded beings, fishes are not only carving curbers and muscle builders but also fat stavers. Rich in omega 3 fatty acids- the best type of fat you can ever have, delicious and fatty fish doesn’t in any way hamper your stay fit, no fat leanings.

Now, oats is one such food the health benefits of which has been forever raved about. Fancy and applauded, oats however deserve all the adulation because they are indeed one of the healthiest grains you will ever eat. Rich in soluble fibers and proteins, oats not only leave you satiated but also relies on its high glycaemic index to fend off undue cravings.

It isn’t for nothing that banana is known as a super food. One of the richest sources of potassium, high on fiber and low on calories, you don’t really need any other reason to munch on a banana as a mid- meal snack.

The fat burning credibilities of the fragrant sticks of cinnamon rests in its craving reducing and insulin regulating abilities. Also the presence of Cinnamaldehyde in cinnamon alleviates its impact on fat-burning as does it metabolism spiking effects. What makes cinnamon an even bigger winner is that it flavours up dishes without adding the calories.

Like other fiber rich foods, pumpkin also leaves you feeling fuller for long and reduces cravings. Also with its mild sweet taste and rich texture, pumpkins can be moulded into guilt free tasty desserts to keep you on course for your fat less pursuit.

Pumpkin’s super food reputation isn’t limited to only its flesh and texture. The rotund veggie also packs a punch with its seeds. In fact not just pumpkin, a variety of seeds are really impactful in helping your body lose fat. Chia seeds, sunflower seeds, flax seeds and of course pumpkin seeds ward off unnecessary fat by loading you instead with minerals like zinc and magnesium. Also because of their high fiber and protein content, having a handful of seeds promotes fullness and deters you from snacking on junk.

The capsaicin content in chili peppers is a brilliant aid to promoting fat loss and burning calories while promoting fullness and preventing overeating while also suppressing a too buoyant appetite.

Yogurt, full fat Greek yogurt in particular, is a fermented food that also possesses fat- offsetting properties. High on protein to curb appetites, filling enough to reduce cravings, calcium rich to promote bone density while laying off fats, probiotic dense to promote a healthy gut, yogurt promotes health and demotes fats effectively. And as surprising as it may sound, it is only the full fat version of yogurt that is the best choice for a fat less existence.

What makes peanut butter a healthy option even with its sinfully indulgent taste is that it is a product that relies on the benefits of excellent plant proteins. Of course its calorie laden spoonfuls does not bode too well for you but if you have it in moderation, its cholesterol-lowering monounsaturated fats can work wonders for you. Because it derives from one of the healthiest snacking options- nuts, and is so filling, peanut butter also reduces appetite and curbs cravings.

Garlic contains allicin that, while might endow garlic with its pungency and strong smell, also promotes fat burning even when adding some really exquisite flavours to even the blandest of foods. By inducing thermogenesis and also by virtue of its many oils, garlic helps control fat accumulation.

What makes coconut oil healthier and less fattening than most other vegetable and plant oils is its rampancy in medium chain tryglycerides that are an effective appetite suppressant. These MCTs are burnt as energy rather than being stored as fat which explains why coconut oil can be a fat reducing agent.

Eggs in all forms has always been one of the healthiest foods around. Being high on lean protein, eggs are known to be filling and also as a worthy metabolism stimulant. However what many does not know about this delicious nutritive food is that eggs contain the fat burning nutrient choline, which explains its fat burning exploits. Be it boiled, poached or scrambled and stirred, eggs are a heavenly detour to wholesome deliciousness.

By reducing inflammation that helps in cutting down belly fat, leafy greens like spinach that is particularly high in insoluble fibers work well to be one of those foods that conveniently cut down fat while delivering all the nutrition.

Quinoa is one of the healthiest grains around and like most grains comes loaded with essential plant proteins and fiber. But it is the presence of the amino acid betaine in quinoa that makes it an even excellent food that burns body fat even as you gobble it up!

Tomatoes aren’t just one of the widely relished among foods in all its manifestations, it also is as healthy as it can get. Particularly with the presence of a couple of very potent antioxidants, these bright red (technically) fruits makes fat losing an easy breezy affair. Cooked or sundried tomatoes count particularly high on the fat burning scale as they to contain more antioxidants than their raw counterparts.

Contrary to popular belief, ghee or clarified butter is rich in monounsaturated fats and omega 6 fatty acids that helps you stay lean even when you are supposedly gorging on fatty deliciousness. Rich and therefore filling, ghee is also easier to digest which makes it the total winner.

Piperine, the compound in black pepper does not only hamper the formation of fats but also helps in better assimilation of other nutrients, boosting your metabolism by promoting overall health.

Due to the presence of catechins, tea scores big when it comes to being a fat buster. But green tea takes this pursuit of a less fattening existence a step further. From boosting metabolism to suppressing the growth of fat cells, green tea relies on the antioxidant ECGC to drive home its thermogenic benefits.

Nuts about nuts? Good for you! Be it walnuts, almonds, pistachios or even the humble peanuts, a handful of this super food is super healthy and fat busting. High on monounsaturated fats and satiatingly satisfying, including the crunchy goodness of nuttiness in your diet is thw way forward for a fat less life.

An apple a day keeps not just the doctor away, it also keeps bad fats at bay. Fiber laden and flavonoid rich, apples are one of the tastiest foods you can bite into to forget about all your fat loss worries.

Low in calories, loaded with fiber and high on the water content, cucumber is a super healthy veggie that also doubles as a good snacking alternative. Filling and healthy, there is no reason why you shouldn’t replace your evening treat of fattening fast foods for some slices of cucumber instead.

Be it the leaves of the neem tree or fancier names like rosemary, cilantro, herbs are a really effective way to spice up your food and that too with a host of health benefits that extend also to fat burning and weight loss.

Fiber rich, mineral intense and antioxidant laden berries like blueberries, strawberries or raspberries promote the depletion of body fat. Because they contain only natural sugars, that too in amounts lower than most other fruits, and also because of the presence of polyphenol antioxidants, berries are a good- and tasty- food to stack up on even when on a diet.

Another spice that ranks high on the fat burning wagon is turmeric. This vibrant orange- gold root is a staple in Indian cooking and its vital element known as curcumin is know for its anti inflammatory properties which explains its potency as a food that wards off inflammatory weight gain by burning fat.

The antioxidant rich content of sweet potatoes renders your body not just a healthy functioning mechanism but also spikes up the metabolism rates that is associated with a fit body. Also by efficiently converting calories to energy rather than fat, sweet potatoes are the crucial means to a fat free body.

Be it lentils or dried beans, pulses come loaded with fiber and nutrients while being negligible on the calorie count. Also a source of complex carbs that does not rank high on the fat radar, pulses are wholesome even in their metabolism stimulating properties.

As lauded as lemon juice is for its effects on delivering a slim and toned figure by cutting down on the fat count, incorporating a glass of plain lemon water in your morning routine goes a long way in helping you maintain the efforts.

Mustard’s fat burning abilities stems from its accentuated effects on metabolism that derives from it being a spicy condiment. Specially in its raw form, mustard seeds are a really effective option to savour to do away with excess body fat.

Avocados are rich in monounsaturated fats that are not only filling but also render the distribution of fat evenly throughout your body. They also trigger those hormones that aid the burning of fat which manifests why this fruit is such a wonder for the world.

8 beef recipes which are popular across India 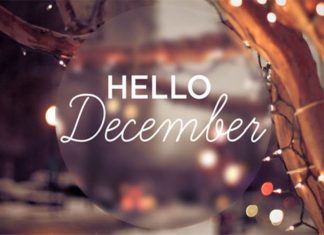 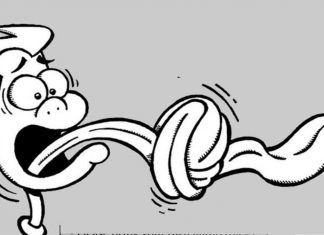