A misnomer in identity yet one thriving upon that very premise of fame to emerge as one of the most iconic of its kind within a realm perhaps the most evocative of all to have ever existed in teasing the tastes of the human sense, the French toast is one of those classics that do not rely upon the play of the fancies to make known its reputation as a hands down favorite. The iconic status of this dish known to be one of immense versatility has well transcended its supposed French origins, which of course is not even the reality of it in the first place. In its imbuing essence and inclusive nature making for a recipe of deliciousness with absolutely no fuss to lose sleep over, even while allowing for adaptations as diverse as possible, this plain ol’ piece of bread zested up indeed with elements as simple as well is what has emerged as the breakfast staple in countries all over the world.

A French toast fried to perfection in just the way one likes it makes for an impeccable start to the day whether one considers it in the nutritional context of things or judges instead their day by the morning show and savoring of this hearty serving of delight. Emerging as the classic yet again, unbeatable indeed, supreme even combo of breads and eggs with a dash of milk and a sprinkle of sugar alleviating further its appeal in irresistibleness, this surprisingly both sweet and savoury tasting dish has always be one more than worthy of the global gastronomic acclaim it has continuously earned for itself.

Of course the innovative tweaks and twists worked into the ambit of this distinctively decadent delving into deliciousness has only amped up its reputation in all diversity. But there still seems to be something rather comforting in the all at once indulgent and wholesome essence within the curation of this glaringly minimal recipe with just a handful of ingredients needed to evoke its epicurean perfection. And so have prevailed this ages old preparation in deep fried basicness as the ultimate indeed version of its serving, with even appetising assertions of some butter and condensed milk perhaps or even chunks of fruit or the syrup of them endowing greater grace and beauty upon what is an ephemeral but ethereal experience in eating of course.

It however is not just this culinary expression in finesse that makes the French toast a standout being even among the flurry of fancies characterising the food world. With a name so evocative indeed in its a certain identity, the history and origins of emergence of this food of so many names has always been a premise holding more than enough prospect in the unearthing of what is no less than any legacy for sure. But despite the starkly evident rush of French nationalism through every crumb and morsel of this eggy bready toast, the case of alluding is one only deriving upon the France expanse.

The area of interest in its actual representation, forget the dubious declaration of its Gallic gigantism in gastronomical leaning, happens though to be one emergent of the Roman experience instead. Dating to times as far back as the 5th century BCE but encountered as a documented reference only in a 1st century Latin compilation of the Apicius, the idea of its devising as one in a rather novel idea in dishing is definitely, distinctly and divinely Roman. Elaborated under an entry as aliter dulcia, this recipe for ‘another sweet dish’ dished out the details in breaking fine crustless white bread into pieces large enough to soak up a mixture of milk and beaten eggs for it to be eventually fried in oil and doused with honey before serving as a scrumptious platter of taste no doubt but that which also has incorporated in its essence a much weighty blob of substance.

For a food summed in a premise as simplistic as the staple fare of bread enriched with eggs, to be harbouring of more essence than evident might be not what comes naturally to the French toast glory in sizzling resplendence. As an attribute dawning much later, perhaps from the medieval European usage of stale bread in making some sort of what would be French toast indeed to ensure that no morsel and no single slice of this basis of all life would go to waste, this then traditional, now iconic and forever classic style in deep frying bread is what makes the resultant food experience even more impeccable a tasting in excellence.

Dipped thus in the idealistic bowl of what is one of the more essential elements of life sustenance, that of not yielding in to the sin of food wastage, the French toast emerged to be even more sinful an indulgence everyone from kings and queens and noblemen to poor and commoners and the masses alike would come to relish in utmost pleasure. Definitely European thus in emergence but even specifically alluding to Rome still, this French sounding name resonated also as a 5th century recipe of pan dulcis that would be referring to the rather basic preparation of bread doused in egg and fried. The ‘directive’ for the bread to be hard or stale wasn’t something definitely stated in this Roman again context but along the lines of the French assertion, this came to be something very evidently established.

The very identity that the French themselves know of this curiously named French toast happens to be one aligned with its necessarily stale stemming. Alluded to by the local term pain perdu meaning ‘lost bread’ as an obvious reference to stale bread that would otherwise have gone to waste, this particular assuming of significance by the classic dish also harboured in its meaning a religious connotation. Whatever that might be though- the thought behind this novel consideration that is- the generally held consensus by chefs and food scientists alike is that it indeed is a stale slice of bread that curiously makes the perfect piece of ‘fresh’ French toast!

But how exactly and why in fact did this French identity come to be imprinted upon what is not in any way an original nor an exclusive stemming from within the world of the maverick presentation of tastes and flavours and food experiences that the cuisine of this pretty European nation undoubtedly is? That the Francophilic narration so evidently embedded in this breaded identity is as erroneous as possible is proved by the very revelation of the French themselves referring to this kind of a preparation, very justifiably indeed, as Roman Bread. It instead had been the exponential expanse of the American land whereupon French toast attained its non American identity as a dish steeped to its core in the realisation of a lip smacking internationality.

Even across the singular American assertion though, there prevails many a strands of probability along which the French expression gained centerstage. A generic interpretation in this regard supposes the name to be endowed on the dish due to it being popularised by French immigrants in America. Another more precise but less probable even when immensely popular explanation narrates the tale of one Joseph French who supposedly invented the recipe and named it after himself but all while forgetting to put the apostrophe in. This of course is a anecdote amusingly inefficient in its duping trial yet one somehow commanding the most mentions in context of the not at all deceptive in taste experience of the French toast.

Taking the etymological route in determining the exact reason behind the absolute French ruling and one would encounter first ever mention of this term in English in the 17th century. With the term French being an allusion not to the country itself but rounding up instead the old Irish meaning of the world as one referring to ‘slice’, this is a theory more generic as well in accruing also to similar naming of French fries.

More convincing happens to be an American theory of thought that probably assigned the French distinction to the breaded bites oozing with the eggy essence and the milky sweet and savoury mouthfeel as part of their extended belief in all things French being the epitome of perfection. That itself is a testament to the spectacular popularity that French toast experienced in America as an unreal proposition in taste, more than good enough to acquire for itself the supreme French distinction.

The mind bogglingly roundabout path through which the French toast has travelled through its time in history and across expanses of space to attain this nomenclature in not so much authenticity of proclamation might still be leading to an identity uber popular in worldwide resonance. That however is not the only name by which this dish of numerous variations is known though of course the popularity of its calling in other references tend to be not so much dramatically arousing of the senses. With names as obvious as eggy bread and as interesting as poor knights evoking indeed idea of this unmatched cuisinal phenomenon, with also less special assertions as Bombay toast and gypsy toast doing the rounds, this is one classic curating of the culinary that the human taste buds can never have enough of.

Of course a privilege availed out of the versatility of the dish as one equally remarkable in its sweet preparation and savoury presentation, with also its simplicity making way for extravagance with a whole assortment of additional ingredients and accompaniments so that an experience in soul food could also as effortlessly translate to an indulgence of the most gourmet kind, relished even if a tad bit differently as a traditional delicacy in different parts of the world even when occurring as one convenient as well in lending itself impeccably well to the provisions of freezing and reheating, the charm emanating from the crisp texture of a well done French toast is one encapsulating of not just the senses and the sensations but also pervades the inner reaches of the heart and the soul to offer itself as a platter of emotions that satiates indeed the very spirit of the mere human forever drowning in this whiff of decadence playing out from the surface of a pan searing the most good lookingly golden slice of French toast. 20 Indian artists among new list of invitees for Oscars

10 crackers to instantly get you into the Diwali mood! 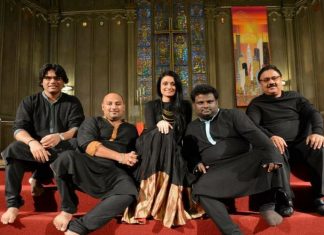 Sonam Kalra & The Sufi Gospel Project: music for the soul