Fruits are so much fun! Juicy, crispy and tasty, these natural candies are one of the most enticing foods on the planet. The brightest of reds and the freshest of pinks, the vibrance of the yellows and the splatter of the oranges, a mere feasting of the fruits through the eyes can instantly uplift your spirits. Better still, dig into one of those luscious servings of delicious freshness and there’s no end to the goods you would be blessing yourself with. Nutritious, healthy and totally slurpworthy, fruits are absolute superfoods. In maintaining your health, vitality and vigour, fruits automatically grant themselves an indispensible presence in your diet. Let’s explore more the wonderful world of these colorful delights of health and beauty with some facts as interesting as ’em fruits themselves-

Starting off the list with one of our favorite addictions is a fruit we didn’t even knew we love so much. And that very unlikely fruit that we have been so dependent on our entire lives is coffee! Contrary to popular perception, coffee beans aren’t beans at all. They in fact are fruit pits or the pit of a berry which makes them as real a fruit as any other! Imagine walking around with a freshly brewed cuppa in your hand the next time and proclaiming you are having your fruit right. That’s about all we need to make our day! As a bonus though, eating these coffee cherries as a fruit also won’t hurt a bit since they all are honey sweet in taste as well. Would there ever be something to not love about coffee?

But it ain’t just coffee that had been duping us all life long. Even the most longstanding of fancy fruits is quite a misnomer for its pretty might. We are talking about the forever pretty strawberry, which even with its berry suffix is ironically not one. And not just are they not berries, they don’t really classify as fruits as well. The closest these pretty juicy things get to being a fruit is that they are false fruits. Because berries have their seeds on the inside and strawberries on the outside is why they do not fall into that category. In fact it is the more than 200 seeds on the surface of the strawberry that are the real fruits of this pseudocarp we relish so much!

Other popular misleading names are blackberries and raspberries which also are not berries at all! At best, these are clumps of tiny individual fruits or aggregate fruits that grow together into nevertheless delicious juicies.

Nor are bananas fruits

Another fruit that isn’t really a fruit in the true sense even while being one of the most popular ones is the humble banana. The banana is infact a berry of its plant, which again is more appropriately a herb.

But tomatoes and pineapples are!

Similar to such berries and bananas that mislead us as being fruits, there also are such real fruits that are rarely identified as such. The list includes such purported veggies as tomatoes, cucumbers, pumpkins, eggplants, bell peppers, okras and even corn kernels! But even as its disputable identity as a vegetable, it is the tomato that happens to be the most popular fruit in the world.

Chomp your bananas down as icecream!

While bananas are forever delicious and nutritious, there’s a certain variety on the banana horizon that is an even irresistible delight. Pristine blue in color, this is the Blue Java banana which is an enticing sight in its uniqueness. But what makes this diversion of the usually green- yellow berry all the more exotic is its divine taste. Also called Ice Cream bananas, blue bananas in fact do have a taste and texture that is seriously resembling of our favorite slurpy! In its ice cream like consistency and a flavor somewhere close to emulating the vanilla goodness, these bananas indeed would have us forever up and about for our serving of fruit!

And your black sapotes as chocolate pudding!

If however your taste preference is one that dwells more in the chocolatey realm, then there’s the chocolate pudding fruit for you to dig into! A tropical fruit tree, a ripe black sapote exhibits a flavor, color and texture often likened to chocolate pudding. The unripe fruit however is a stark diversion from this delectable goodness, being astringent and bitter to the extent that it is even used as fish poison! However, sapotes are also rich in vitamin C, with even more content than an average orange.

Speaking of vanilla, we need to remember how it is the only edible fruit of the orchid family. It is the world’s only fruit producing orchid Vanilla planifolia that produces the vanilla beans. In its delightful flavour and aroma, we sure are more than happy to proclaim vanilla as our favorite ‘fruit’ yet!

Apples are close cousins of roses

There’s a reason why we are forever reaching out for that one of the prettiest looking fruits on the dining table. No wonder, we are so lured by the rosy cheer of apples and their cheruby appearance for in fact this enticing fruit happens to be a member of the rose family. And why just apples, even the pristine peaches and radiant raspberry are also members of the same family.

And so are almonds!

Why just veggies impersonating as fruits, even nuts seem to dwell in a disputed avatar. That distinction goes to almonds which surprisingly aren’t nuts at all. It is in fact a seed but most importantly and revealingly, the almond happens to be a member of the peach family. Which like we previously mentioned belongs to the rose family. Trust even a nutty almond to be characteristic of the rosy charm. Indeed, Shakespeare wasn’t wrong when he proclaimed “A rose by any other name would smell as sweet”. If only he had mentioned taste as well!

While we are still at roses, we might do the beauty some justice by elocuting also about its fruit! Not many know this but even the rose plant bears a fruit, the rose hip. Rose hips can be eaten raw like a berry but it finds more popularity in its other uses. As herbal teas and wines, jams and jellies, syrups and marmalade, and even as pies and bread, rose hips encompass quite a range as a food ingredient.

The Fruit Salad Plant is real

Love the composite taste of a nice, hearty serving of different fruits in a salad but too lazy to peel and slice and arrange them all up together? Worry not, there’s a fruit salad plant to take care of your fancies. The Fruit Salad Plant or the Monstera Deliciosa produces a fruit that tastes somewhat like a mix between pineapple, banana and mango. Additional flavours typically characteristic of strawberries and guavas and passion fruits are also attributed to this fruit. A popular houseplant- a strikingly good looking one at that and one bearing such an amazing fruit, the Fruit Salad Plant sounds like a total wonder.

Even the Miracle Plant is as real

As if a fruit salad plant wasn’t enough to get all the flavours on your plate. there’s now a plant that can even alter the flavors of your foods! This is the miracle fruit, a berry of the plant Synsepalum dulcificum that when eaten causes sour foods subsequently consumed to taste sweet. This is an effect administered by the taste modifier miraculin.

Fruits can even be effectively ‘compared’ to humans. Even when the basis for comparision isn’t necessarily one stemming of logical needs, fruits can be ‘interpreted’ in human terms. So you have the tomato that has more genes than a human. And you also have humans who tend to share 50% of their DNA with bananas.

Dried fruits are much sweeter treats than fresh servings

For folks preferring their fruits dried rather than fresh, there’s bit of a bad news. Dried fruits tend to be higher in sugar and calories than their fresh counterparts. Because dried fruits are essentially fresh fruits without the water content, the sugars and solids condense quite a bit to form these sweet treats.

Most popular Vitamin C fruits aren’t the ones we know about!

Another of the popular fruits and also one of the delicious treats we cherish comes in a form and name that spells itself as orange. Known for its high vitamin C content in being a citrus fruit, oranges are highly recommended as a diet staple. But what remains a surprising and lesser known fact is that oranges are not even in the top ten list of common foods when it comes to vitamin C levels. Kiwis in fact have levels of the essential vitamin in far more quantity than its more lauded counterpart. Even strawberries outrank oranges with their higher vitamin C profile.

Another fruit that is a lesser known wonder in its potential nutrient component is a fig. These honey sweet fruits can easily deliver you the amount of calcium you can get from a glass of milk. In their wholesome nutritious deliciousness, figs indeed need to command more attention than they already do. Just for the record though, in being possibly the world’s first cultivated fruit, figs deserve even more of the limelight.

Grapes might be small moulds of juicy sweetness exploding in your mouth but try putting them in the microwave and they indeed do explode, quite literally as well!

Juicy apples can easily be the elixir your parched throat needs on a hot summer afternoon. This is because apples tend to be 25% water, a characteristic trait that also lets them remain afloat in water. Not just apples, even bananas, peaches, oranges also can float on water due to being denser fruits.

Not just apples, even cranberries float in water. This is due to the presence of small air pockets inside them which also endow them with another interesting peculiarity. These air pockets also render cranberries extremely bouncy, that which also can be a feasible measure of the berry’s quality. It is said that the higher the bounce of a cranberry, the better it will be!

With so much interesting facts doing the rounds of every fruit in its flesh, the study of fruits indeed calls for a special branch dedicated to the purpose. The branch is called pomology that which also is concerned with the development and cultivation of fruits. But inspite of the widespread interest in studying fruits- and eating them, there also exist people who suffer from a fear of fruits. This fruit phobia or fructophobia is a behavioural eating disorder that might be an experience stemming from a wide range of reasons. The Virtual World Versus the Natural 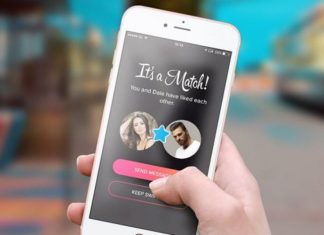 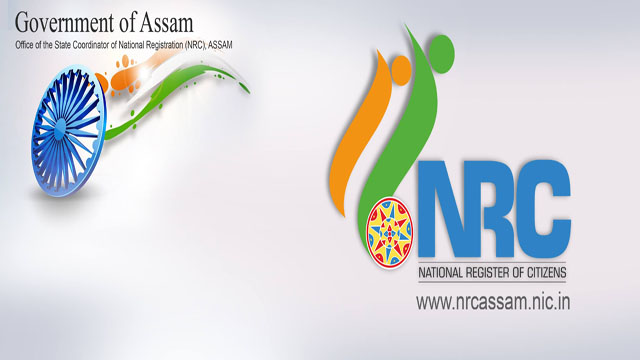