INNFINITY
Home Food Sizzling benefits of spicy foods that will spruce up your pursuit of... For those who love their food and life spiced up, there’s a celebration that caters exclusively to their tastes. January 16th marks the International Hot and Spicy Food Day, making it an occasion where the hot and the fiery enjoys prominence. However, spices and spicy food does not deliver just with the heat- they also deliver as much health as well. Tasty and zesty, hot and spicy foods encompass a range of benefits that make them an absolute hit with the foodie crowd. In fact such is the craze for the chili and the savoring of the spice that even in scoffing hotness, we would rather not do without our daily dose of fiery redness. Here are some very amazing health benefits of spicy foods that will help you celebrate the worthy day with a hearty dose of haleness-

While spices are way more encompassing a realm than the mere zing of chilies, the very mention of hot and spicy foods instantly rings a bell that sounds more of the pungency of peppers. To good measure though. Though it is mainly for the hot quotient that chilies are exalted and adored, this essential spice agent also comes loaded with a whole lot of nutrients.

Chilies are an excellent source of Vitamins A, C, K and B6 while also being high on essential minerals like potassium, copper and manganese. Besides, a variety of healthy compounds that are essential requirements for a well functioning body are also present abundantly in peppers. Chilies are rich in dietary fiber, iron, magnesium, phosphorous, thiamine, niacin and riboflavin while being low in saturated fat, cholesterol and sodium. No wonder then that making chilies a regular part of your diet will ensure that your body keeps up and going with all requirements in tow. Apart from chilies however, many other spices are super rich in quite some exotic nutrients and compounds rendering them also equally effective as health augmenters.

For the added zest it brings to your food, spices aren’t also without benefits that can be seriously life enhancing. The capsaicin in chilies is a incredible compound that bears the ability to kill certain cancer cells. Be it colon cancer or leukemia, spicy food can be pretty effective in driving off the cells that become breeding grounds for the disease. Not just peppers however, spices like turmeric and mustard also work well in retarding the growth of tumours while not allowing the cancer to spread.

Not only do spices render your tummy happy and help you in achieving a good life through means of good and lip smacking food, they also helps boost your mood up in general. Hot and spicy foods have been effective in boosting the production of feel good hormones like serotonin and endorphins. This helps ease stress and alleviate pain while also helping with overcoming bouts of depression and the feel of the blues. Also because spicy foods help with a healthier you- a self that remains alert and agile under the effect of the spicy zest- they enhance your overall well being and leads you to a happier, calmer and contented state of mind.

It’s no secret now that spicy foods are increasingly recommended as effective solutions to weight loss. Of course exercise and a healthy diet are important but if you want to accelerate the rate at which your body burns fat then turning to spicy food for saviour might be a very feasible idea. It isn’t for no reason whatsoever that foods rich in the spice quotient are very often referred to as ‘hot’. It is indeed this effect of chilies in raising body temperature that works well for its enhanced impact on metabolism as a calorie burning food.

In fact what is even more heartening is the fact that not just chilies, even milder spices like ginger and black pepper have more or less the same effect. That, with many other encompassing health benefits of ginger as well as a host of other spices as well does indeed mean that including spicy food in your diet leads you invariably to a win- win situation.

Also when it comes to the stimulation of weight loss under the effect of chilies, there’s another consideration that works equally well in your favor. Capsaicin that is responsible for making chili all that zingy also renders satiety, which means you tend to remain full for longer thereby curbing consumption and hence weight gain as well.

Naturally since spicy food helps you with your weight loss venture, it also helps keep obesity at bay. While obesity in itself is an illness and therefore bad, it is also the key point of a host of other medical conditions as well. Specifically in leading to heart diseases, obesity is the forever culprit. Because foods that are rich in spices helps reduce your risk of obesity, it also helps keep your heart protected and healthy.

Spicy foods also help directly in promoting the health of your heart. Capsaicin leads to lowering of levels of bad cholesterol while also impairing the adverse effects of the same. In addition, the same compound also helps fight inflammation thereby providing protection against infections and keeping you hale and hearty.

Contrary to popular belief, hot foods work wonders for your stomach as well. Not only do peppers work on their anti cancerous properties to account for a healthier gut, they also render their antioxidant benefits to your digestive system so that you remain healthy to the core. Digestive issues like an upset stomach, gastric problems, diarrhea conditions, cramps etc are effectively countered by spicy food because it helps stimulate gastric juices to aid digestion thereby reduce the acidity in your guts. Alternatively because consumption of more spicy foods means you tend to drink at least more amounts of water, it also helps in relieving constipation thereby ensuring the overall good health of your digestive mechanism.

Body blood pressure is regulated by hot and spicy food

While spicy food is effective in lowering blood pressure under the effects of capsacin, the benefits are essentially a derivation of similar effects of spices on mice and rats. The impact supposedly extends to humans as well though it is not as well verified. However, even otherwise, spicy foods do indeed work through incredible mechanisms to regulate blood pressure. Because the taste receptors of saltiness and spiciness reside in essentially overlapping regions of the tongue, it works indeed that spices helps offset the craving for salty food. This obviously leads to lower salt intake which explains why and how spices work so effectively in not letting blood pressure levels run abnormally high.

The anti inflammatory effects of spices and spicy food does not just remain limited to its protection and promotion of heart health. Foods that rank high on the spice quotient also works well with its anti inflammatory properties to be the treatment for a range of health conditions. Spices like ginger and garlic help treat long standing chronic illnesses like arthritis, autoimmune disorders, nausea. The pain of arthritis can also ease to considerable extents under the effect of the compound circumin present in the golden spice turmeric.

Spicy foods can be quite effective as a pain reliever

For those who are not very adaptive to the zing of hot food yet, you will know better how a single morsel of spicy dishes are enough to numb you to other sensing perceptions at least momentarily. That burn like feel that takes over the moment you even taste some spicy preparation is so strong that it immediately renders you immune to any other effect that your body might be undergoing at the moment. It is this ability to ‘numb’ other sensory perceptions of the body that makes spicy food work as a catharsis to pain. In the amazing self indulging behavior it exhibits, spicy food can indeed be the ideal pain reliever.

Flu and colds are effectively eased by spicy food

Ever wondered why sipping on a hot bowl of spicy soup feels so comforting when you are down and out with the flu? That’s because spices not just increase body temperature to help you feel better when you happen to be under the weather but also render their antioxidant properties for your enhanced immunity that aids to fight away such fungal infections.

The capsacin of peppers also ease your cold by reducing congestion thereby working as an expectorant. This means not just an opening up of your clogged nasal passage but also a better response to chronic respiratory conditions like asthma, bronchitis, sinusitis and the like.

Chilies and so do other spices like ginger, anise seed, cumin, turmeric exhibit anti microbial properties which means they work well in staving off bacteria that might otherwise waken your health. Even garlic, clove and cinnamon are high on antioxidants that work as a deterring agent for bacteria to breed and work its harmful impact on. Also because certain bacteria also remain responsible for perpetuation of some allergic conditions, spicy foods also act indirectly as agents that help keeps allergies at bay.

Some spices work well as substitutes or at least as agents that minimise the need for the incorporation of sugar. Cinnamon and vanilla work particularly well in overlooking the essence of sugar requirement in some recipes. And while spices as these are effective enough in ensuring that your sugar intake gets lesser and lesser over time, even spicy foods can contribute to the same effect to some extent. Spicy food supposedly leads to fewer sugar cravings and also helps in offsetting the bitterness that too much sweetness can bring into your life. Spices like ginger and turmeric wards off sweet cravings considerably and also enhances insulin sensitivity thereby rendering you at lesser risk of diabetes.

Though it has been a common belief for long that spicy food does not augur well for a healthy life, researches have found that hot and spicy morsels in fact augment your life span. While the exact trigger as to how spices can help live you longer is not clear it is probably the key component of pepper capsaicin that is largely responsible for endowing you with an extended existence. In fact this health benefit that spicy food renders unto its consumers is an extension of the many benefits that spices have on many facets of overall health and living. 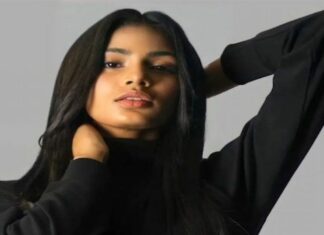 K popping around in Indian style